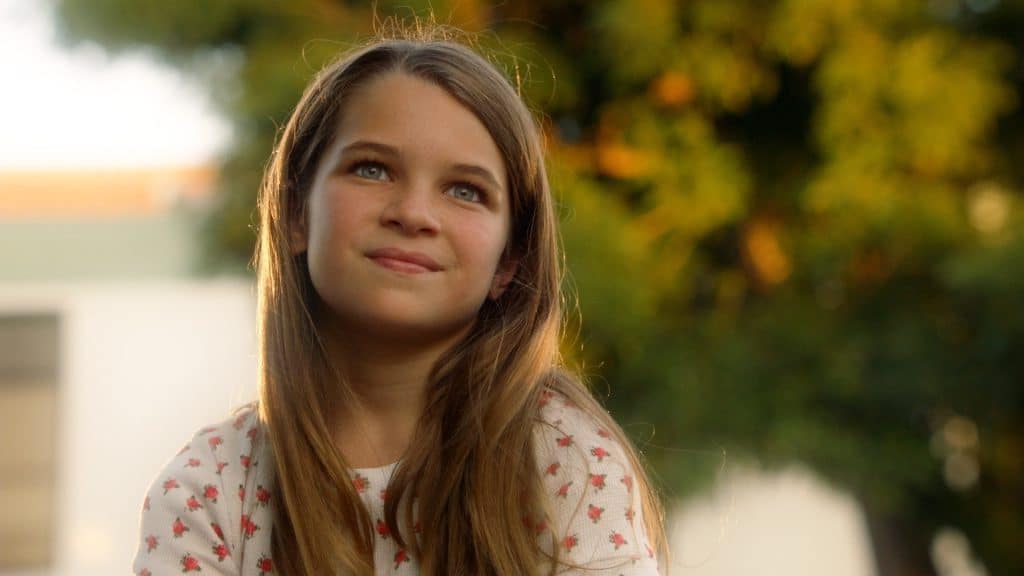 Who is Raegan Revord?

Raegan is an American actress, probably best known to the world as Missy Cooper in the TV series “Young Sheldon” (2017-2022).

What is Raegan Revord Doing Now?

Raegan is pretty much focused on being the character of Missy Cooper, the sassy but harsh twin sister of the main character in the series “Young Sheldon”. The series is currently in its sixth season, and the first five episodes are already out, with the next episode scheduled for a premiere on 29 September 2022.

Raegan Revord was born on 3 January 2008, in San Diego, California, USA, the only child of Holly Revord, while there is no information about her father.

At just three and a half years old, Raegan and her mother moved to Los Angeles where she’s attending a local high school, parallel with her acting career.

Raegan became interested in acting at an early age, which resulted in her entertaining everyone at parties and family gatherings before she was even four years old.

At four years of age, Raegan launched her modeling career, appearing in print and television ads, before making her acting debut.

Aged six in 2014, she portrayed Megan in one episode of the highly praised TV comedy series “Modern Family”, and returned to the show for another episode in 2016. Between these two appearances, Raegan was a Ballerina in the short film “Tortoise” (2015), then appeared in the TV comedy series “W/Bob and David”, which starred David Cross, Bob Odenkirk, and John Ennis.

Moreover, she starred in the short action film “Jia”, with Samantha Win and John Koyama as her co-stars, directed by Steven Ho.

Missy with a lighter. This will not end well. Tune in tonight for a brand new @youngsheldoncbs 8/7c

She continued with minor roles, including as Melinda in the award-winning TV comedy series “Teachers”, created by The Katydids and starring Caitlin Barlow, Katy Colloton and Kate Lambert. Next, she starred in Manjari Makijany’s short action drama film “I See You”, alongside Rahvaunia and April McCullough, while she portrayed Young Clare, the younger version of the main character Clare Shannon, in the fantasy horror-drama film “Wish Upon”, starring Joey King, Ryan Phillippe and Ki Hong Lee, while it was directed by John R. Leonetti.

2017 was a turning point in her career. She never believed that she would be chosen for the part of Missy Cooper, but she won the audition ahead of all other candidates.

The show premiered on 25 September 2017 to rave reviews, launching her to stardom with other acting greats involved in the show, who included Ian Armitage, Montana Jordan, Zoe Perry and Lance Barber. Raegan has appeared in all 105 episodes to date alongside her co-stars, and her fans have grown in number as they followed Missy’s story. From an unbearable brat to a baseball star and a fantastic sister, Raegan has shown her acting talents.

For now, Raegan hasn’t been much focused on pursuing other acting opportunities. Since landing the career-changing role of Missy Cooper, Raegan only appeared in one episode of the Primetime Emmy Award-nominated TV comedy-drama series “Alexa & Katie”, with Paris Berelc, Isabel May and Jolie Jenkins in the lead roles.

Meet Ainsley in 3.03 of Alexa & Katie this fall on Netflix.

As of mid- 2022, Raegan Revord’s net worth has been estimated at $1.5 million, earned through her still young but successful career as an actress, during which she has appeared in more than ten film and TV titles.

Missy is 14 years old at the moment, and by all measure, she seems focused on other things than finding a boyfriend or even a love interest. Her primary focus is her rising career, and having fun with her friends, family, and colleagues.

Raegan is very close with her on-screen brothers, Ian Armitage and Montana Jordan. When they aren’t filming new episodes, the trio spends time together at amusement parks and movies; she’s  said that Jordan is treating her like she’s her real little sister.

Raegan is in love with books. She not only launched her own book club, ReadingWithRaegan through Instagram, on which she shares her book pics monthly with her followers, but she’s also writing her own children’s book, “My Story as a Gold Nugget”.

So excited to announce "You & Me at the End of the World" by @BriannaBourneYA as the September book pick! 🎉📖💜 #readwithraegan #YouandMeattheEndoftheWorld pic.twitter.com/x4Hy9GPV2t

She’s gone a step further, and written a TV script that she’s currently trying to sell to studios.

Raegan is an avid animal lover, and has already rescued four dogs, which are now her pets.

She is known for her philanthropic work, and has become a Junior Ambassador for Children’s Hospital Los Angeles. Furthermore, she’s launched the Homeless Helpers initiative, through which she helps people in need by giving away donation boxes to churches, hospitals, and schools, among other facilities. She feels sorry that she doesn’t have enough time to focus on her organization, but has still managed to help many through social media.

In a rare interview for ClicheMag, Raegan said that she didn’t know about “The Big Bang Theory” series, and wasn’t aware of Sheldon and other characters.

However, when she read the script for Missy, she knew that she had to get the part.

She has talked about similarities and differences between her and Missy, saying that she connects with the character on multiple levels.