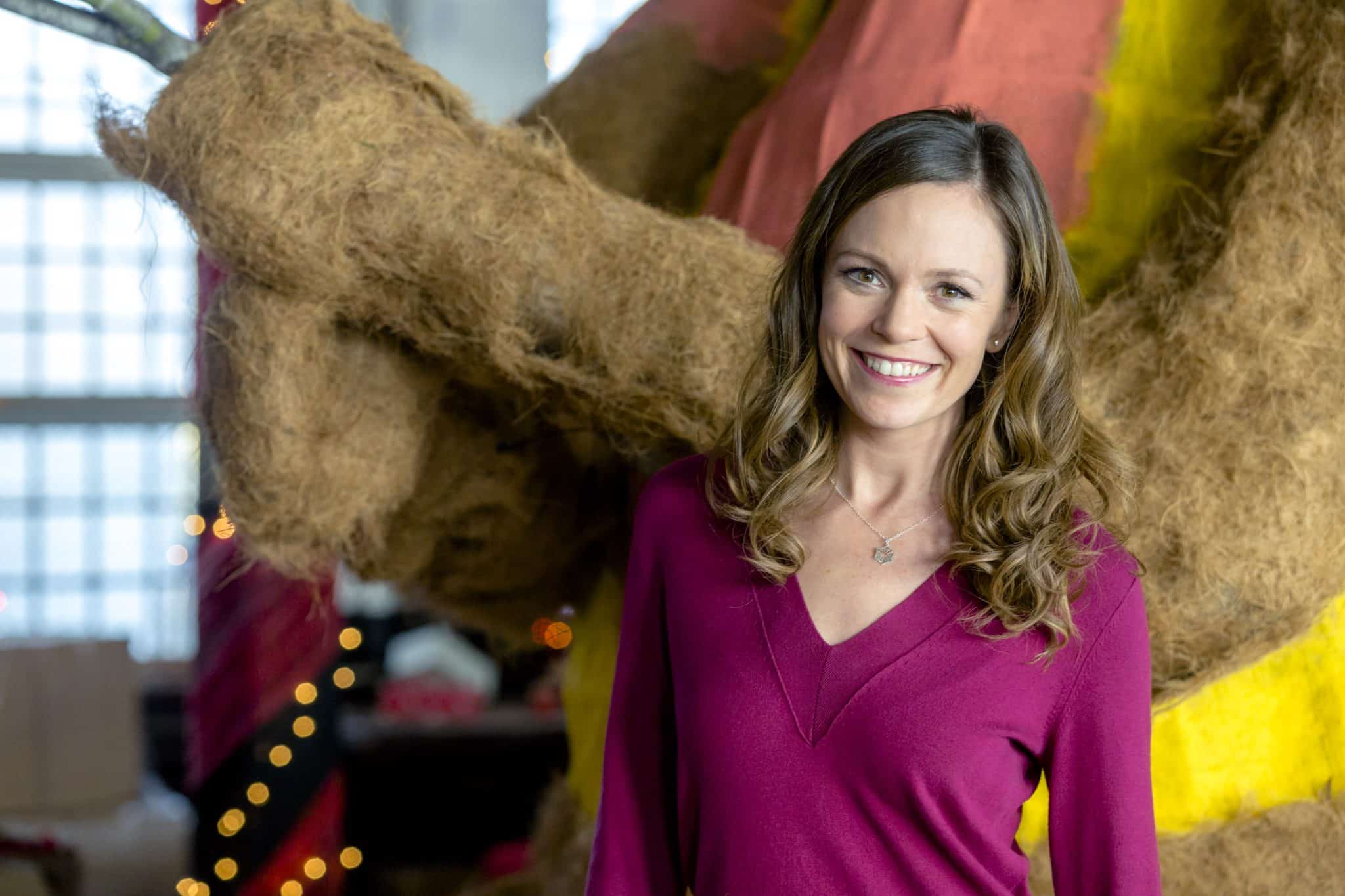 What is Rachel Boston doing now? Husband, Net Worth, Height

Who is Rachel Boston?

Rachel Elizabeth Boston was born in Chattanooga, Tennessee USA, on 9 May 1982 – her zodiac sign is Taurus, and she holds American nationality. She’s an actress and film producer, with more than 50 acting credits to her name, while she’s probably still known best for her portrayal of Alison in the critically acclaimed 2009 romantic comedy movie “500 Days of Summer”. It was directed by Marc Webb, starred Zooey Deschanel, Joseph Gordon-Levitt and Geoffrey Arend, and follows the 500 days during which Tom Hansen was in an on-and-off relationship with his colleague Summer; the movie won 17 of the 75 awards for which it was nominated.

Rachel was raised in Signal Mountain, Tennessee, alongside her brothers Andrew and Brian, by their mother Brenda Billingsley Boston who was a housewife, and their father William Terry Boston who worked at the Tennessee Valley Authority as vice president of power system operations.

Rachel studied at a local high school, and it was during her four years there that she became interested in acting and modelling; she was also highly sporting, as she played various sports with her peers, excelling in volleyball.

Rachel matriculated in 1999, aged 17, and in the same year won the Miss Tennessee Teen USA beauty pageant, then placed amongst the top 10 in the national competition. Rachel moved to New York City and enrolled at New York University, from which she graduated with a Bachelor’s degree in 2003.

Rachel made her debut TV series appearance in the 2001 episode “Professor Talcum” of the comedy “The Andy Dick Show”, and then between 2002 and 2005, she played Beth Mason in the popular historical family drama “American Dreams”. It was created by Jonathan Prince and Josh Goldstein, starred Gail O’Grady, Tom Verica and Brittany Snow, and follows a family living in the ‘60s; the series won 12 awards, including two Primetime Emmys, while it was nominated for 27 other awards.

The remainder of the decade saw Rachel appear in an episode or two of various series, such as the mystery crime drama “The Closer”, the romantic comedy “Love, Inc.” and the comedy “The Loop”.

In 2011 and 2012, she portrayed Detective Abigail Chaffee in the mystery crime drama “In Plain Sight”, created by David Maples, and which starred Mary McCormack, Frederick Weller and Paul Ben-Victor. It follows the life of US Marshal Mary Shannon, aired from 2008 to 2012, and was nominated for five awards.

Rachel’s also known for her portrayal of Ingrid Beauchamp, one of the lead characters in the fantasy horror drama “Witches of East End”, created by Maggie Friedman, and which also starred Julia Ormond and Jenna Dewan. It tells the story of two sisters who’ve just discovered that they’re witches and have magical powers; the series aired in 2013 and 2014, and won three of the nine awards for which it was nominated.

Three of Rachel’s most recent roles in TV series have been in the 2018 episode “Hubert” of the drama “The Good Doctor”, the 2020 episode “The Puppet Dalai Lama” of the comedy drama “Kidding”, and 11 episodes of the action war drama “SEAL Team” in 2021.

Rachel made her debut film appearance in the 2002 comedy “Smoking Herb”, while a couple of her following roles were in the 2005 comedy “Peep Show”, the 2006 crime comedy drama “Fifty Pills” and the comedy “Inseparable” in the same year.

In 2009, she played Deena the Bridesmaid in the romantic fantasy comedy “Ghosts of Girlfriends Past”, directed by Mark Waters, and which starred Matthew McConaughey, Jennifer Garner and Emma Stone. It follows a womanizer as he’s being haunted by the ghosts of his former girlfriends; the movie won a Women Film Critics Circle Hall of Shame Award.

The year 2010 saw Rachel star as Kyra Lee in the comedy drama “10 Years Later”, while she then appeared in the 2011 romantic comedy drama “The Pill”, the 2011 short drama “Chance of Showers”, and the 2012 mystery thriller drama “Blind Turn”.

She portrayed the lead character Lexi in the 2012 comedy drama “It’s a Disaster”, written and directed by Todd Berger, and which also starred Laura Adkin and Kevin M. Brennan. The movie follows four couples as they’ve gathered for Sunday brunch, having now learnt that the world is about to end; it won three awards.

Three of Rachel’s most recent film roles have been in the 2019 romantic dramas “The Last Bridesmaid” and “Check Inn to Christmas”, and the 2020 romantic drama “A Christmas Carousel”; she’s currently shooting for the upcoming movie “The Engagement Plot”.

Although Lila @rachelboston and Neal @becauseibledsoe live very different lives, they find they actually have a lot in common.

Tune in to see this pair Saturday at 8pm/7c in the Hallmark Channel Original Premiere A Christmas Carousel and tweet using #AChristmasCarousel. pic.twitter.com/a2TsLSnWB6

Rachel sang the songs “Blister in The Sun” and “House of The Rising Sun” in the 2012 movie “It’s a Disaster”.

She has nine producing credits – her three most recent works have been the 2018 movie “Love at First Dance”, and in 2019 the films “The Last Bridesmaid” and “Check Inn to Christmas”.

Rachel’s made a guest appearance in various talk-shows, such as “Celebrity Page”, “CBS This Morning”, and “Home & Family”.

Rachel was also nominated for a 2019 Leo Award for Best Television Movie, for “Love at First Dance” (shared with four colleagues).

Rachel prefers to keep the details of her love life away from the media’s attention, but has still allowed her fans to have a glimpse into it. She’s engaged to Tolya Ashe, a non-celebrity man who’s today working as a private chef; both Rachel and Tolya have featured one another in many of their Instagram pictures and videos, while Tolya could also have been seen keeping Rachel company during some of her red carpet events.

On 24 January 2022, Rachel gave birth to their daughter Grace, who can be seen featured in many of her newer Instagram pictures.

Rachel hasn’t mentioned any other men whom she’s perhaps been with, so as of July 2022, she’s engaged to Tolya Ashe, and they have a daughter together.

Rachel Boston and her future husband Tolya Ashe are pregnant. They are expecting a baby girl in 2022.👶

Rachel’s deeply religious, which is one of the reasons why she’s named her daughter Grace; she and her fiancée go to church at least once a week.

She seems to be enjoying the attention which she’s receiving from her more than 120,000 Instagram followers, and is thus quite active on the network; she’s uploaded over 1,200 pictures, most of which feature her during her everyday life.

Rachel’s physically quite active, and has two to three training sessions at the gym every week, mostly because it’s important for her acting career to stay in shape.

She likes to travel, and her dream travel destination is Paris, France.

Summer is Rachel’s favorite season, mostly because she likes to sun tan at the beach.

She’s a musician, and can play the guitar, glockenspiel and piano.

She has her own favorite actors and actresses, some of whom are Meryl Streep, Anne Hathaway and Will Smith, while a couple of her favorite movies are “The Devil Wears Prada”, “One Day” and “I, Robot”.