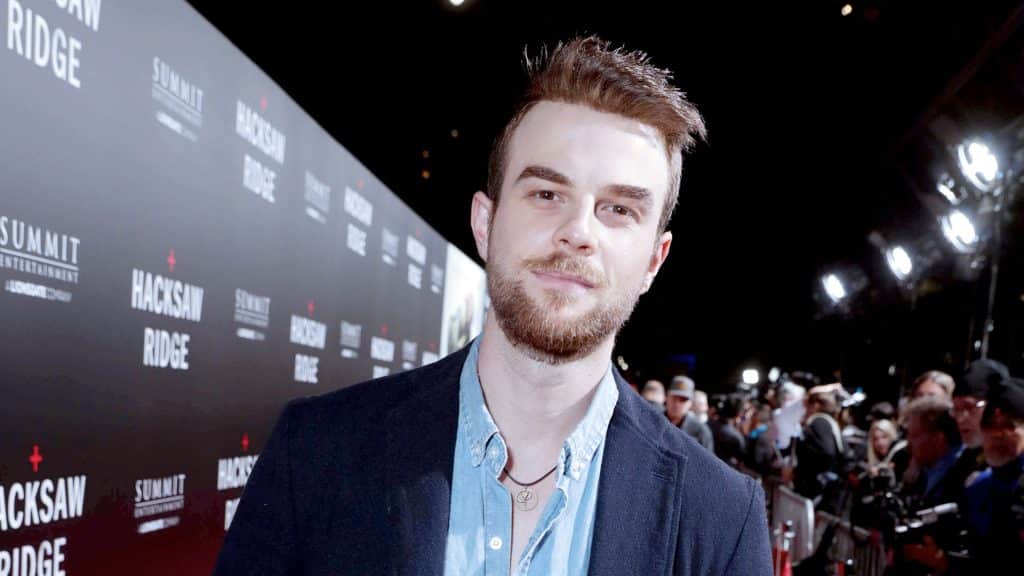 What is Nathaniel Buzolic doing now? Net Worth, Wife, Height

Who is Nathaniel Buzolic?

Nathaniel is an Australian actor, possibly best known to the world as Kol Mikaelson in the TV series “The Vampire Diaries” (2012-2014), and its spin-off “The Originals” (2013-2018), in addition to several other popular roles that he has had so far in his career.

What is Nathaniel Buzolic Doing Now?

Nathaniel is returning as Kol Mikaelson in another “The Vampire Diaries” inspired series, “Legacies”. He’s appeared in one episode in 2022, and is also working on the TV drama series “Abbott Falls”, in which he’ll portray a character named Memphis Taylor, and will be one of the main stars alongside Olivia DiNino, Greg Perrow and Jeremy John Wells.

Nathaniel Buzolic was born on 4 August 1983, in Sydney, New South Wales Australia. Of Serbian-Croatian ancestry, his grandmother emigrated to Australia during the Communists killing spree in post-WW2 Yugoslavia. He hasn’t revealed his parents’ names and their vocations, but it is known that he has cousins named Aiden and Dayle Williams, a niece Anya, and a nephew Roman.

He went to De La Salle College, Ashfield, an independent Roman Catholic single-sex secondary day school for boys. After matriculating, he attended his hometown’s Australian Theatre for Young People (ATYP), then when he finished his studies there, he enrolled at Screenwise Acting School for Film and Television, from which he graduated in 2004.

Nathaniel’s career started in the early 2000s, with a minor role as Paul Chalmers in the long-running Australian daytime soap opera “Home and Away” (2002). The following year, he appeared in the TV medical drama series “All Saints”, then waited four years for another on-screen appearance.

He featured in short films “Road Rage” and “My Greatest Day Ever”, both in 2007, while in 2008, he was a Sports Commentator in one episode of the TV comedy series “Undercover Coach”. The same year he was cast in his first major role as Paul O’Donnell in the TV drama series “Out of the Blue”, which starred Samara Weaving, Katherine Hicks, Charlotte Gregg, Clayton Watson, and other acting greats.

In 2010, Nathaniel appeared in the mystery horror-thriller film “Needle”, written and directed by John V. Soto, and starring Travis Fimmel, Ben Mendelsohn, and Michael Dorman. In 2011 he had the role of Jesse Major in the TV series “Crownies”.

However, his career breakthrough came in 2012 when he was selected for the role of Kol Mikaelson, the anti-hero in the vastly popular fantasy horror drama series “The Vampire Diaries”. He appeared in 10 episodes between 2012 and 2014, during which time his popularity grew considerably. Nathaniel shared the screen with Nina Dobrev, Ian Somerhalder, and other acclaimed stars of the series.

As one of the ancestral vampires, his character was the subject of the spin-off series “The Originals” (2013-2018); he appeared in 24 episodes, further increasing his popularity. Moreover, he starred in the web series “The Originals: Awakening” (2014), which explored Kol’s past.

Concurrently, he continued his career with several popular roles in differing TV series in between his portrayal of Kol. In 2014, Nathaniel appeared as David Lassiter in the episode “Bloodlines” of the popular fantasy series “Supernatural”, and portrayed Dean Stavros in the award-winning TV mystery-drama series “Pretty Little Liars” (2014-2015), which starred Troian Bellisario, Ashleigh Benson, and Lucy Hale.

In 2015, he was Jimmy Barnes in the TV comedy series “Significant Mother”, co-starring with Josh Zuckerman and Krista Allen, while in 2016, Nathaniel portrayed Harold ‘Hal’ Doss in the Academy Award-winning historical war-drama “Hacksaw Ridge”, about World War II American Army Medic Desmond T. Doss, who received the Medal of Honor without a single shot fired as he refused to kill people in the Battle of Okinawa; the film was directed by Mel Gibson and starred Andrew Garfield, Sam Worthington, and Luke Bracey.

Nathaniel has also co-hosted the educational show “Weather Ed” on the Weather Channel.

According to sources, Nathaniel Buzolic’s net worth has been estimated at $1.5 million as of mid- 2022. The actor has appeared in more than 20 film and TV series during his career.

Nathaniel doesn’t share many details from his personal life, however, an out-of-this-world love story is known to the public. In 2014, he met a girl named Lorna Lalinec while on vacation in France. The two shared a “Love Actually” – like adventure, before breaking up apparently due to the language barrier, as the girl was French and didn’t know English that well, nor he French!

He made the fans think that he and his “The Originals” co-star, Danielle Campbell were in a relationship, but that wasn’t the case – the two are just great friends.

According to his social media outlets, Nathaniel is in a relationship with fashion model Eden Benzaken.

Nathaniel has dark brown hair and brown eyes. He’s 6ft 1in (1.85m) tall, and weighs about 165lbs (76kgs). His vital statistics are unknown, but he has an athletic build.

Nathaniel is known for his philanthropic work. He is a member of the End It Movement, through which he raises funds for the organization with a focus on ending all sexual slavery.

Nathaniel is a born-again Christian and is focused on bringing religion closer to people, touring the world with his Jesus Trek organization.

He is an avid animal lover, and has a pet dog named Mali, which in the Serbo-Croatian language means ‘little’.

Nathaniel runs his own website through which he sells shirts, hoodies, and hats with prints of pictures he had taken.

In his free time, he enjoys photography and snowboarding. He often goes on various adventures and takes pictures on his travels, in such as Poland, Israel, Greece, Istanbul and Croatia. He is proud of his Croatian roots, and visited the country for the first time in 2012.

Nathaniel is a skilled basketball player, and in the past played competitive basketball for New South Wales.

He goes by the nickname Nate Buzz, which was suggested to him by his management.