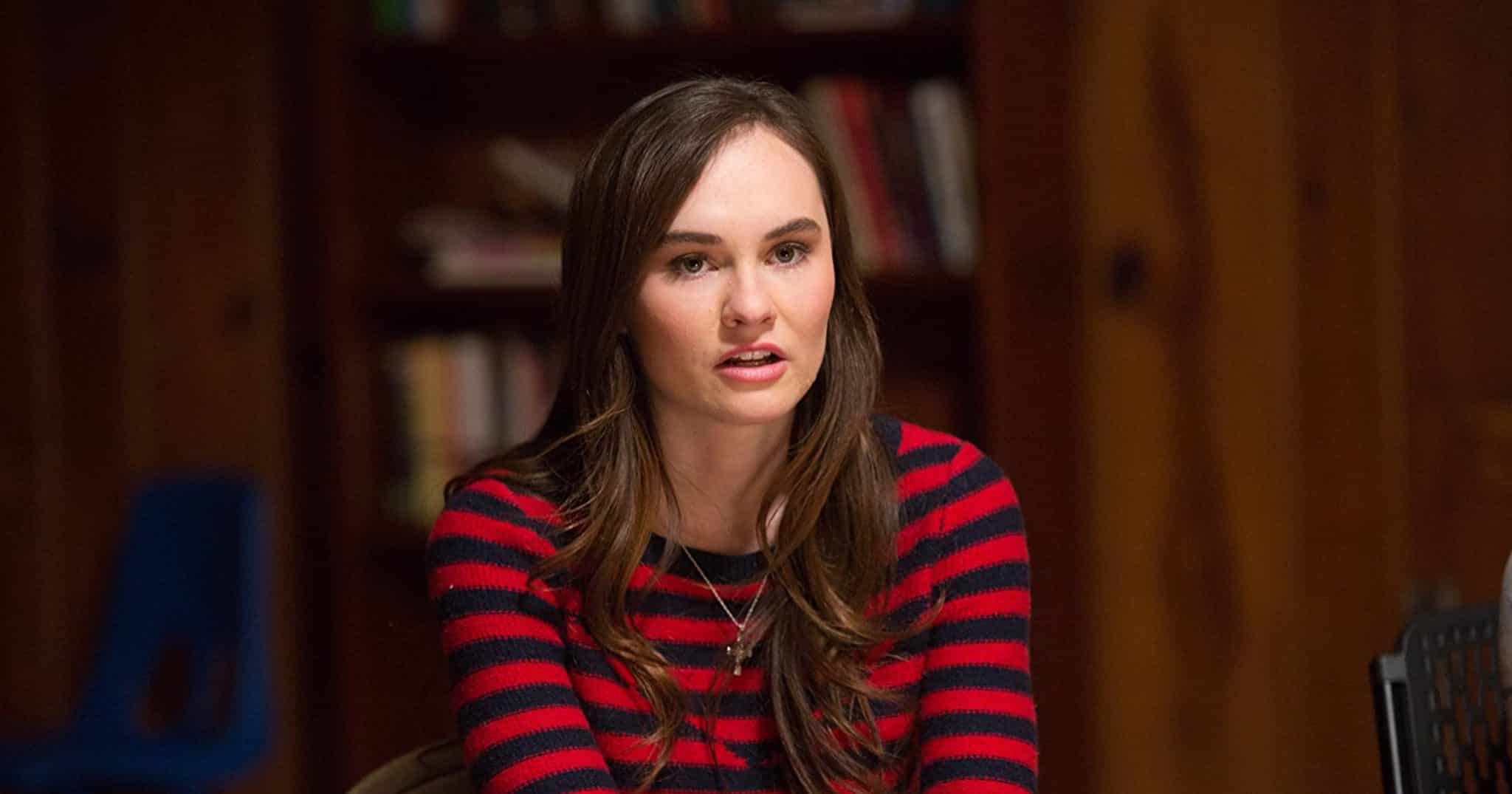 What is Madeline Carroll from ‘Flipped’ doing now? Dating, Age

Who is Madeline Carroll?

Madeline Carroll is an award-winning American actress, probably best known to the world as Juli Baker in the film “Flipped”, and as Shannon in the film “I Can Only Imagine” (2018).

What is Madeline Carroll Doing Now?

Madeline’s latest on-screen appearance was in the award-winning short drama film “Then & Now” (2019), co-starring Sterling Beaumon and Courtney Grosbeck. She shared the Madrid International Film Festival Award in the category for Best Short Comedy with Samantha Baugnon, Luke Benward, Sterling Beaumon and others who worked on the film.

Since then, she’s been focused on personal aspects and has recently launched her own lipstick line, ‘The Madeline’.

According to reports, she will return to acting with the role of McKenna in the TV drama series “These Stones”, which is now in pre-production, and in addition to Madeline, will star Karen Abercombie and Charlene Amoia.

Marissa Madeline Carroll was born on 18 March 1996, in Los Angeles, California, USA. She’s the only girl of four children born to a homemaker mother and a contractor father. She hasn’t revealed her parents’ names, but her three brothers are Ned, Dylan and Jack.

Her career started early, so she was homeschooled, later saying that she didn’t like the experience.

At just three years old, Madeline was noticed by a theatrical agent who noticed her in Sherman Oaks. The following year, she already had a bunch of commercial gigs, working with some of the most famous brands, including Kmart, Target, Subway, and Mr. Clean, among others.

At just five years old, Madeline had a minor role in the TV series “Cold Case”, while in 2005, she was Irene in two episodes of the TV series “Wanted”.

In 2006, Madeline made her film debut as Allison Mandrakis in the horror-thriller “When a Stranger Calls”, with Camilla Belle, Tommy Flanagan and Katie Cassidy in the lead roles, about a babysitter who starts being harassed by a prank caller.

The same year, she had a minor role in the adventure-comedy film “The Santa Clause 3: The Escape Clause”, which is a continuation of the story, and this time the Santa has to jiggle between his new family and stopping Jack Frost from taking over Christmas, starring Tim Allen, Martin Short and Elizabeth Mitchell.

In 2007, Madeline featured in the eponymous sci-fi action-horror franchise “Resident Evil: Extinction”, starring Milla Jovovich, Ali Larter and Oded Fehr, while the following year, she experienced her first ray of fame with the role of Molly Johnson in the comedy-drama film “Swing Vote”, co-starring Kevin Costner, Paula Patton and Kelsey Grammer – Madeline was nominated for Young Artist Award in the category for Best Performance in a Feature Film – Leading Young Actress.

Madeline continued her career rather successfully – in 2010, she co-starred in the action-comedy film “The Spy Next Door”, next to Jackie Chan, Amber Valletta and Billy Ray Cyrus. The same year, she secured one of her most prominent roles, as Juli Barker in the award-winning romantic comedy-drama film “Flipped” (2010), co-starring Callan McAuliffe and Rebecca De Mornay, about two teenagers who start developing feelings for each other, but have conflicting personalities. Madeline received critical acclaim for her portrayal of Juli, despite not winning any award.

The following year, she portrayed Janie in the award-winning fantasy comedy film “Mr. Popper’s Penguins”, with Jim Carrey, Carla Gugino and Angela Lansbury as the main stars, while in 2012 she co-starred with Morgan Freeman and Virginia Madsen in Rob Reiner’s comedy-drama film “The Magic of Belle Isle”, about an aging writer who’s lost his passion, however, after meeting a single woman and her three daughters, he finds inspiration to write again.

In 2013, Madeline starred in the television drama movie “Blink”, alongside Taylor Russell and Elizabeth Marvel, and in 2014 appeared in two episodes of the Primetime Emmy Award-winning TV thriller-drama series “Scandal”.

Three years later, Madeline starred in Joseph Forsberg’s thriller film “Zero Tolerance”, and then in 2018, she starred with J. Michael Finley and Dennis Quaid in the award-winning biopic “I Can Only Imagine”, based on the life of American singer/songwriter Bart Millard, best known as the frontman of the band MercyMe.

Madeleine was pretty busy that year – in addition to “I Can Only Imagine”, the young star in the making had the lead role in the family comedy-drama film “Destined to Ride”, about a girl Lily Davidson who forms an unbreakable bond with a horse named Pistachio, co-starring Denise Richards and Cassi Thomson.

She appeared in the romantic-drama film “God Bless the Broken Road”, with Matthew Derek Davis, Arthur Cartwright, and Adam Age in the lead roles, and she was Amanda in the war-drama film “Indivisible”, a true story about Army Chaplain Darren Turner and his wife Heather, directed by David G. Evans.

Moreover, Madeline co-starred in the television biopic drama movie “Beautifully Flawed”, about teenager Shari who is pregnant, and deals with drug addiction and numerous other problems, with Sophia Ntovas as the main star, accompanied by Justin Gaston and Emily O’Brien.

As of mid- 2022, Madeline Carroll’s net worth is estimated at $3 million, which she’s earned through her acting career; she’s made over 40 film and TV appearances to date.

Madeline is pretty much silent about her personal life. As a result, there is no reliable information about her dating efforts, though rumors have put her on the single side. According to reports, she enjoys her free time with her friends, but is thinking of returning to the entertainment industry.

Madeline is physically active. She enjoys swimming and playing football with her three brothers.

She is an avid animal lover, and said that if she didn’t make it as an actress, she would be working with animals, especially dolphins.

One of her cousins is actress Grace Johnston, best known as Victoria Essex in the Oscar Nominated comedy-drama film “Beaches”, which starred the legendary Bette Midler.