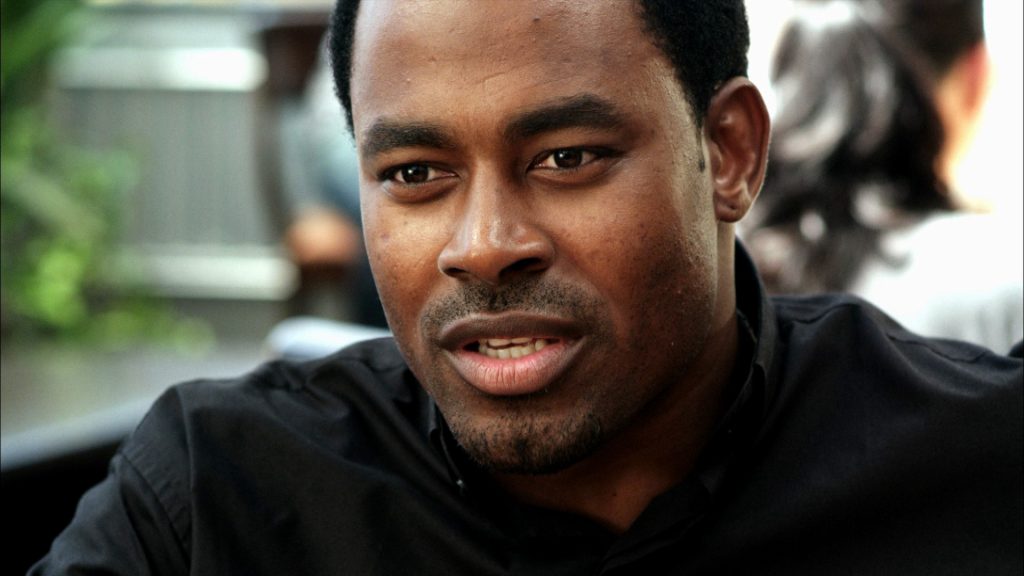 An actor, Lamman Rucker rose to prominence thanks to his role as Will in the comedy-drama “Meet the Browns“ and its television adaptation, which brought him two nominations for the  Image Award for Outstanding Supporting Actor in a Comedy Series, in 2010 and ’11.

He has 45 acting credits to his name, and besides the aforementioned role, Lamman is perhaps known best for his performance in the series “Greenleaf“ and  “Terror Lake Drive“, while to movie lovers, he’s well-known for his role as Darryl in “The Man in 3B“.

Lamman Rucker was born under the zodiac sign of Libra on 6 October 1971, in Pittsburgh, Pennsylvania USA; he holds American nationality, and comes from a family of African-American and Barbadian descent. Although born in Pittsburgh, Lamman spent most of his childhood in Washington DC, with his parents and his younger brother and sister.

Lamman had an interest in performing from an early age, growing up in an artistic family alongside his mother who was a dancer, and his father who was a drummer – as he said, entertainment is in his blood. During his elementary school days, Lamman was a member of the drama club, but also had an interest in sports. He attended Duke Ellington School of the Arts, and upon matriculating in 1989, enrolled at Carnegie-Mellon University, and then transferred to Duquesne University, from which he graduated with a Bachelor’s degree in Science (Information Technology), in 1993.

While he was at college, Lamman played basketball, and semi-pro ball briefly after graduating, before he launched his acting career.

Making his acting debut in an episode of the series “The Young and the Restless” in 1998, Lamman was then seen in “The Temptations”, in the same year. His next role came in 2002 when he was cast to play T. Marshall Travers in “As the World Turns”, which aired until 2003.

Lamman’s most recent television role was his portrayal of Anthony Johnson in the series “The Black Hamptons”, also starring Elise Neal and Vanessa Bell Calloway, which premiered on 1 July 2022.

Lamman’s next role came in “I’m Through with White Girls” in 2007, and in the same year, he was seen as Sheriff Troy in Tyler Perry’s “Why Did I Get Married”.

Posted by Blackfilmandtv on Tuesday, December 15, 2020

In 2018, Lamman made appearances in “Sinners Wanted”, “No More Mr. Nice Guy”, and “Falling in Love Again”, and he was next seen in “The Sin Choice” in 2020. His most recent roles have been in the TV movie “Cooking Up Christmas” (2020), and in the following year, he was seen as Doctor Nero in “Voices”.

Lamman has not often been the subject of any rumors and controversies concerning both his love life and his sexual orientation, as it’s widely known that he’s straight. Back in 2008, it was rumored that he was in a relationship with Jill Scott, his co-star in “Why Did I Get Married“, however, Lamman stated: ‘Ms. Scott and I are just very good friends, nothing more.’

In the following years, he kept his love life under wraps, but eventually it was revealed that he is a married man. His wife is Kelly Davis Rucker, but almost nothing is known about her, except that she‘s a trader, and a graduate of Hampton University. She is quite secretive when it comes to her personal matters, thus her Instagram account is private.

Lamman’s Instagram, which has been followed by nearly 350,000 people, also doesn’t reveal much about his family, since he mostly posts photos and videos related to his work. It’s known that the two dated for a couple of years before they married, however, their exact wedding date is unrevealed.

The two have one child together, a son whose name and birthdate they haven’t disclosed, however, Kelly’s bio on Instagram confirms these claims, since she presents herself as the ‘Wife to a King, mother to a Prince!’

As of August 2022, Lamman and his wife are still together; although some rumors were saying that they are divorcing, there is no reliable source to confirm that they separated.

According to sources, as of August 2022, his net worth has been estimated at close to $2.5 million, most of which he’s earned starring in numerous movies and series.