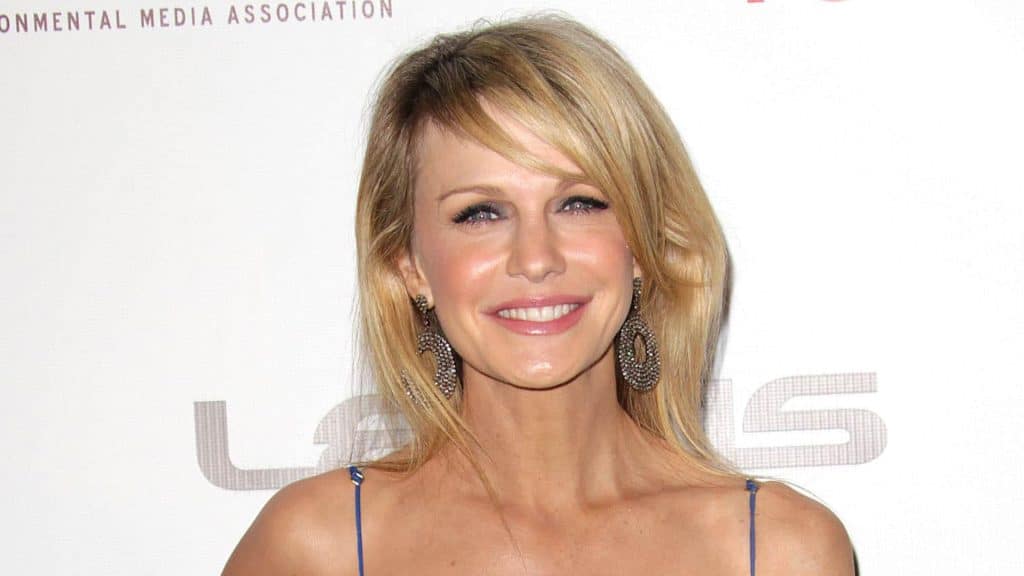 Who is Kathryn Morris?

Kathryn is an American actress, perhaps still best remembered as Lilly Rush in the TV series “Cold Case”, in addition to several other popular roles she’s had during her career.

What is Kathryn Morris Doing Now?

Kathryn has been away from acting since 2019, with her latest appearance being in 2019 as Deana in the film “The Dirt”.

According to sources, Kathryn has launched an organization, The Savants, through which she is focused on educating people about autism, and on improving the lives of children and adults diagnosed with autism.

Kathryn Morris was born on 28 January 1969, in Cincinnati, Ohio USA, the daughter of Stanley, who was a bible scholar, and Joyce, an insurance agent. Raised in a strict Christian household in Windsor Locks alongside her five siblings, the family traveled the popularly known Bible Belt in the southern USA as the Morris Code gospel group.

She became interested in acting in high school and later furthered her studies at university. First, she attended Northeastern Christian Junior College, and later enrolled at Temple University.

She spent the ’90s building her acting portfolio, appearing in a number of popular projects, both films and TV series. In 1994, she starred in the biopic about Dennis Byrd, a former American football defensive end who suffered a career ending injury, entitled “Rise and Walk: The Dennis Byrd Story”, co-starring Peter Berg and Wolfgang Bodison.

When actor Kathryn Morris gave birth to twin boys, she had no idea an autism diagnosis was on the horizon. Since then, she’s come to understand what families go through and is sharing a new way to help them. pic.twitter.com/DNWm3RRO1l

Next, in 1997 she appeared in the Award-winning Academy film “As Good as It Gets”, directed by James L. Brooks and starring Jack Nicholson, Helen Hunt and Greg Kinnear. The same year, she was chosen for the part of Stinger in the TV action-drama series “Pensacola: Wings of Gold”, with James Brolin, Michael Trucco and Sandra Hess as the main stars.

In 1999 she had a supporting role in the Primetime Emmy Award-nominated drama series “Inherit the Wind”, which is based on real-life events during which two lawyers are involved in the case in which a science teacher is accused of the crime of teaching evolution in 1925, with Jack Lemmon, George C. Scott, and Lane Smith in the lead roles.

She finished the decade with the lead role in the comedy-drama film “Screenplay”.

Kathryn used the success she enjoyed during the ’90s to make a step forward in her career in the new millennium. She started the 2000s with the co-starring role of Patricia Williams in the mystery crime-drama movie “Murder, She Wrote: A Story to Die For”, with the late-great Angela Lansbury as the main star. The same year, she appeared in the Oscar-nominated thriller-drama film “The Contender”, starring Joan Allen, Gary Oldman and Jeff Bridges.

In 2001 she was the main star in the television mystery crime-drama movie “And Never Let Her Go”, which explores the disappearance of a woman who had just ended an affair with a married attorney.

Kathryn was chosen for the lead role of Lilly Rush, a Homicide Detective focused on investigating cold cases. She starred in all 156 episodes of the Primetime Emmy Award-nominated series through 2010, and despite not even being nominated for an award, Kathryn was widely praised for her work.

While “Cold Case” aired, Kathryn worked on other projects, including the horror-thriller film “Mindhunters” (2004), starring Val Kilmer, LL Cool J and Christian Slater, and in 2007 starred next to Samuel L. Jackson and Josh Hartnett in the sports drama film “Resurrecting the Champ”, about a legendary boxer who spiraled into homelessness, but found by a sports reporter who then tries to revive his career.

After “Cold Case” ended, Kathryn continued her career with the role in the comedy-drama film “Cougars Inc.” (2011), then in 2013, she starred in the television romantic comedy movie “The Sweeter Side of Life”.

Moreover, in 2015 she had a role in David M. Rosenthal’s romantic thriller-drama film “The Perfect Guy”, about a businesswoman who meets a guy who seems too good to be true, co-starring Sanaa Lathan, Michael Ealy and Morris Chestnut.

Kathryn appeared in the romantic crime-drama film “You Get Me” (2017), which starred Bella Thorne, Taylor John Smith, and Alison Hewitt, while in 2018, she co-starred in the short-lived TV sci-fi thriller-drama series “Reverie”, next to Sarah Shahi, Dennis Haysbert and Sendhil Ramamurthy.

According to sources, Kathryn Morris’s net worth is estimated at over $4 million as of late 2022, earned through her acting career, during which she’s appeared in more than 50 film and TV titles.

Kathryn was engaged to actor Randy Hamilton whom she dated from 2002 to 2004, but they broke up before taking the next step forward, but hasn’t disclosed the reason for their break-up.

She met actor Johnny Messner on the set of “Cold Case” and the two began dating almost instantly. Messner is best known as Kelly Lake in the film “Tears of the Sun” (2003), and as Tommy ‘Tombs’ Perello in the film “Running Scared.

In 2013, she gave birth to twin boys who were diagnosed with autism, but Kathryn and Johnny broke up in 2020, and he’s now in a relationship with Avril Grace, while Kathryn is single and focused on raising their two boys.