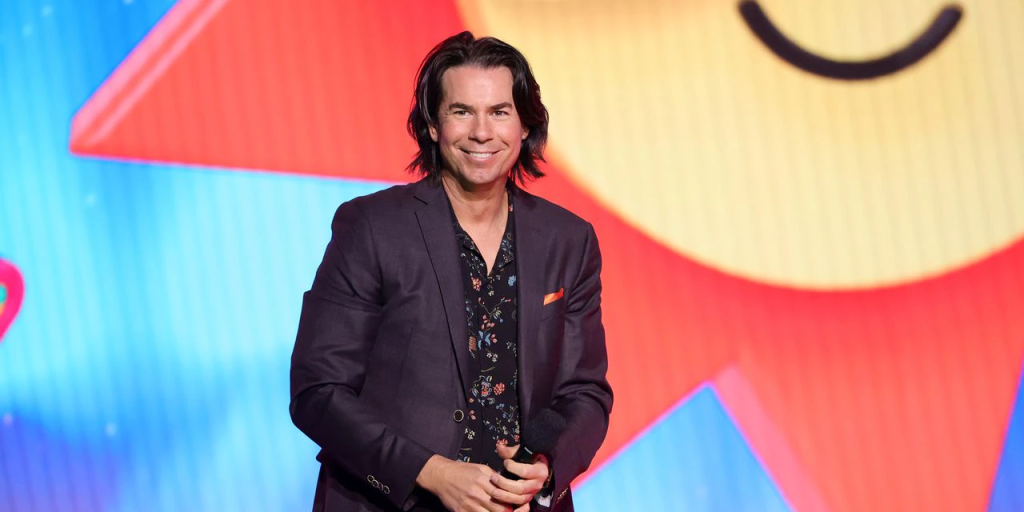 Who is Jerry Trainor?

Jerry is an American actor, comedian and musician, perhaps best known to the world as Spencer Shay in the TV comedy series “iCarly” (2007-2012), and as Vinnie Bassett in the TV series “Wendell and Vinnie” (2013), in addition to numerous other popular roles that he’s secured in his career.

What is Jerry Trainor doing now?

Recently, from 2021 to 2022 Jerry returned as Spencer Shay in the “iCarly” reboot; he’s now working on the romantic comedy film “Renaissance Girl”, currently in post-production, which will co-star Jennifer Tilly and Ashley Platz.

Born Gerald William Trainor on 21 January 1977, in San Diego, California, USA, he is the son of a retired Navy fighter and public defender, Bill Trainor, and Madelyn Trainor, a retired high school calculus teacher. Of Irish ancestry, he has an older sister Liz, with whom he grew up in the San Diego community of Scripps Ranch. He went to the University of San Diego High School and then studied drama at the University of California, Santa Barbara. After obtaining a Bachelor of Fine Arts degree, Jerry studied improvisation at The Groundlings School in Los Angeles, but didn’t pursue acting immediately, first working at SeaWorld San Diego.

Jerry made his acting debut in 2000, as Eric in the award-winning TV comedy-drama series “Undressed”. The following year, he was Lanky Kid in the mystery sci-fi classic “Donnie Darko”, written and directed by Richard Kelly, with Jake Gyllenhaal, Jena Malone and Mary McDonnell. He continued his career with minor roles in such TV series as “My Wife and Kids” (2002), then “ER” and “Angel” both in 2002, while in 2004, he was chosen for the role of Brian – A.V. Guy in the award-winning mystery crime-drama series “Crossing Jordan”. Moreover, he was Crazy Steve in the TV series “Drake & Josh” from 2004 to 2007, appearing in eight episodes in total.

In 2007, Jerry was selected for the role of his career, as Spencer Shay, the older brother and guardian of Miranda Cosgrove’s titular character. He starred in all 93 episodes of the Primetime Emmy Award-nominated comedy series, which launched him to prominence. He appeared in the television movies “iCarly: iGo to Japan” (2008), and “iParty with Victorious” (2011) also voicing Spencer in the video games “iCarly” (2009) and “iCarly 2: iJoin the Click” (2010).

In 2013, Jerry was chosen for the role of Vinnie Bassett, uncle and guardian of boy genius Wendell in the TV comedy series “Wendell and Vinnie”, but unfortunately, the series was canceled after one season and 20 episodes.

He next guest-starred in the TV comedy series “2 Broke Girls” in 2016”, then portrayed Reggie in the TV series “Still the King” (2016-2017). In 2018 he was Travis in the mystery-thriller film “Cover Versions” and the same year portrayed Nigel in the film “Alex & Me”. The following year, he was Todd in five episodes of the TV comedy-drama series “No Good Nick”, before making a guest appearance in the TV series “Apocalypse Goals” in 2020.

He recently gave voice to Dudley Puppy in the animated series “The Fairly OddParents: Fairly Odder” (2022).

As of mid- 2022, Jerry Trainor’s net worth has been estimated to be around $1.2 million, earned largely through his successful career as an actor, during which he’s appeared in more than 55 film and TV titles.

Jerry doesn’t like sharing too many details from his personal life, and as a result, there’s no reliable information about his love life. According to reports, he’s single and solely focused on his acting career. However, some rumors from the past have surfaced that claim that he was in a relationship with Jessica Makinson, and most recently one that he’s in a relationship with Hannah Stewart, but Jerry hasn’t addressed any of these rumors.

The prominent actor has medium-long black hair and brown eyes.

He stands at a height of 6ft 2ins (1.88m), weighs approximately 190lbs (86kgs), but his vital statistics are currently unknown, though he has an athletic figure.

His parents supported his pursuit of an acting career, as they were sure he’d be outstanding as an actor. During high school, he featured in a number of plays, including “Sugar”, “The Pajama Game”, “Guys and Dolls”, and several others. Jerry is an animal lover, and had a rescue dog named Show, which passed away in June 2018. He is a fan of comic books and vinyl records, and has a vast collection of both items.