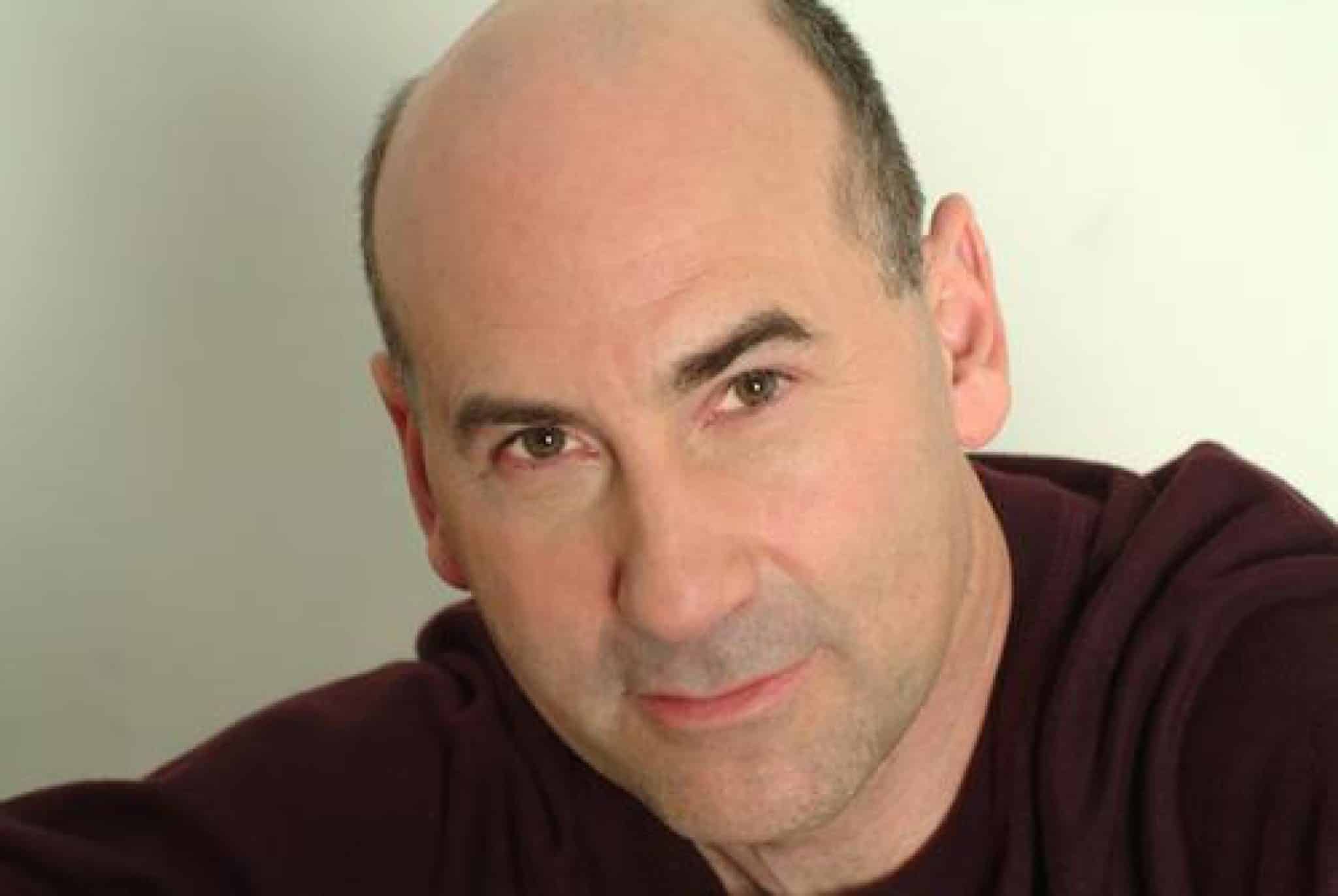 What is James Eckhouse doing now? Wife, Net Worth, Children

Who is James Eckhouse?

American actor, movie producer and director James Hays Eckhouse, was born in Chicago, Illinois USA, on 14 February 1955 under the zodiac sign of Aquarius. He’s appeared in more than 120 movies and TV series, and is perhaps still best known for his portrayal of Supervisor in the evergreen 1988 fantasy comedy movie “Big”, directed by Penny Marshall, and which starred Tom Hanks, Robert Loggia and Elizabeth Perkins. It follows a teenage boy who’s made a wish to be an adult, which has now come true; the movie won 11 of its 27 award nominations, including two Oscar nominations for Best Actor in a Leading Role (Tom Hanks) and Best Writing, Screenplay Written Directly for the Screen.

James was raised in Chicago by his parents about whom little known, because he respects their privacy, although it’s believed that his father ran his own small business. James seems to be an only child, as he hasn’t spoken of having siblings.

He appeared in a couple of plays while attending New Trier High School in Winnetka, Illinois but wasn’t planning to pursue a career in the film industry; James was also quite sporting, and was on his school’s football team.

He matriculated in 1973 and then enrolled at the prestigious Massachusetts Institute of Technology (MIT), however, James quit after a year, and went to study acting at the famous Juilliard School in New York, graduating with a Bachelor of Fine Arts degree in 1978.

James appeared in various theatre plays in the following four years, prior to making his debut screen appearance, with his portrayal of Costume Clerk in a 1982 episode of the romantic drama “Another World”. He then appeared in an episode or two of a couple of series in the remainder of the ‘80s, including the action fantasy adventure “Star Wars: The Empire Strikes Back – The Original Radio Drama”, the romantic comedy drama “American Playhouse”, and the action crime drama “The Equalizer”.

Between 1990 and 1998, James played the supporting character Jim Walsh in 146 episodes the popular romantic drama “Beverly Hills, 90210”, which Darren Star created, and which starred Luke Perry, Shannen Doherty and Jason Priestley. It follows several friends as they’re growing up, the series aired from 1990 to 2000 and won 14 of its 38 award nominations.

And James Eckhouse, a long way from Beverly Hills. 59/ pic.twitter.com/jsGKtXwBr6

James portrayed Charles Huffman in the mystery crime drama “Without a Trace” in 2004; Hank Steinberg created the popular series which starred Enrique Murciano, Poppy Montgomery and Anthony LaPaglia, and which follows a special FBI squad which is charged with finding missing people. The series aired from 2002 to 2009, and won 23 of its 70 award nominations. James appeared in more than 10 other series in the 2000s, including in an episode of the romantic science fiction drama “Jack & Bobby”, the mystery crime drama “Crossing Jordan”, and the drama “Commander in Chief”.

The year 2013 saw him portray Judge Sims in 10 episodes of the long-running soap opera “Days of Our Lives”; it follows various people living in the fictional city Salem – the romantic drama has aired over 14,600 episodes since 1965.

James’ three most recent TV series roles have been in the 2019 episode “Making a Murderer” of the mystery crime drama “The Fix”, the 2021 episode “Letting Go Only to Come Together” of the drama “Chicago Med”, and the 2022 episode “The Knock” of the action crime drama “The Rookie”.

James’ debut film role was his portrayal of Harold Clurman in the 1983 biographical drama “Will There Really Be a Morning?”, while a couple of his following roles were in the 1983 comedy “Trading Places”, which was nominated for an Oscar for Best Music, Original Song Score and Its Adaptation or Best Adaptation Score, the  drama “Blue Heaven” and the comedy “When Nature Calls” both in 1985.

What marked the ’80s for James was probably his portrayal of Man in Japanese Restaurant in the critically acclaimed 1987 thriller drama “Fatal Attraction”, which Adrian Lyne created, and which starred Anne Archer, Glenn Close and Michael Douglas. It follows a married man who’s being stalked by his one night stand, and the movie won seven of its 35 award nominations, including six Oscar nominations.

James Eckhouse stars as Christian in 'Love At First Hiccup'

The first half of the ‘90s saw James appear in several movies, such as the 1991 fantasy comedy drama “Defending Your Life”, the 1992 comedy drama “Leaving Normal” and the 1993 drama “Moment of Truth: Why My Daughter”. In 1998, he played District Attorney in the drama “One True Thing”, directed by Carl Franklin, and which starred Meryl Streep, William Hurt and Renee Zellweger. It follows a businesswoman as she’s taking care of her mother who’s fighting cancer, and the movie was nominated for eight awards, including an Oscar for Best Actress in a Leading Role (Meryl Streep).

James is also known for his playing of Mr. Bowman in the 2016 mystery horror drama “Dead Awake”, directed by Phillip Guzman, and which starred Jocelin Donahue, Jesse Bradford and Jesse Borrego. It follows an ancient evil which attacks its victims through sleep paralysis, and the film won four of its six award nominations.

James’ three most recent film appearances have been in 2018, in the romantic comedy “A Simple Wedding”, and the short action “Angel of Death”, and the 2021 romantic drama “Saving Paradise”.

He’s still highly active in the movie industry, and is currently shooting for the upcoming romantic drama “The Happy Camper”.

James has a single writing, two producing and three directing credits. He directed three episodes of the series “Beverly Hills, 90210” between 1993 and 1995, and in 2001 produced three episodes of the series “Once and Again”. James wrote and produced the 2012 short comedy movie “True Bromance”, and produced the 2016 comedy movie “The Boy on the Train”; most recently, in 2022, he directed the episode “Melanie Henderson” of the short comedy series “Dinner with Friends”.

James has made a guest appearance in the talk-shows “E! True Hollywood Story” and “Acting My Age with Renee Pezzotta”.

James hasn’t shared a lot about his love life, as he respects his own privacy, but it’s still widely known that he’s been married for three decades now. James exchanged vows with non-celebrity American Sheila Kiliher Walsh on 7 August 1982, in a large ceremony attended by over 200 of their friends and family members; not a lot about Sheila’s career’s been disclosed, but it’s believed that she’s been focused on being a housewife since her and James’ wedding.

They have two sons together, James Gabriel ‘Gabe’ Eckhouse and John Alexander ‘Zander’ Eckhouse, however, the boys’ birthdates haven’t been disclosed, as James and Sheila prefer to keep their sons away from media.

James hasn’t mentioned the women whom he had perhaps dated prior to meeting Sheila – he’s married to Sheila Kiliher Walsh as of September 2022, and has two sons with her.

James Eckhouse and his wife at the 2008 Donkaphant Film Festival

James has an Instagram account onto which he’s posted only 11 pictures, but he’s still followed by nearly 7,000 people on the social media network.

He’s an avid dancer in a variety of styles, with his favorite being tango.

Although James rarely works out nowadays, he was physically highly active when he was in his 20s and 30s, and had five training sessions at the gym every week.

He’s a philanthropist, and James has donated money to a number of non-profit organizations and animal shelters.

His favorite actors are Clint Eastwood and Brad Pitt, and some of his favorite movies include “The Mule”, “Dirty Harry” and “For a Few Dollars More”.

James’ net worth has been estimated at over $2 million as of September 2022.