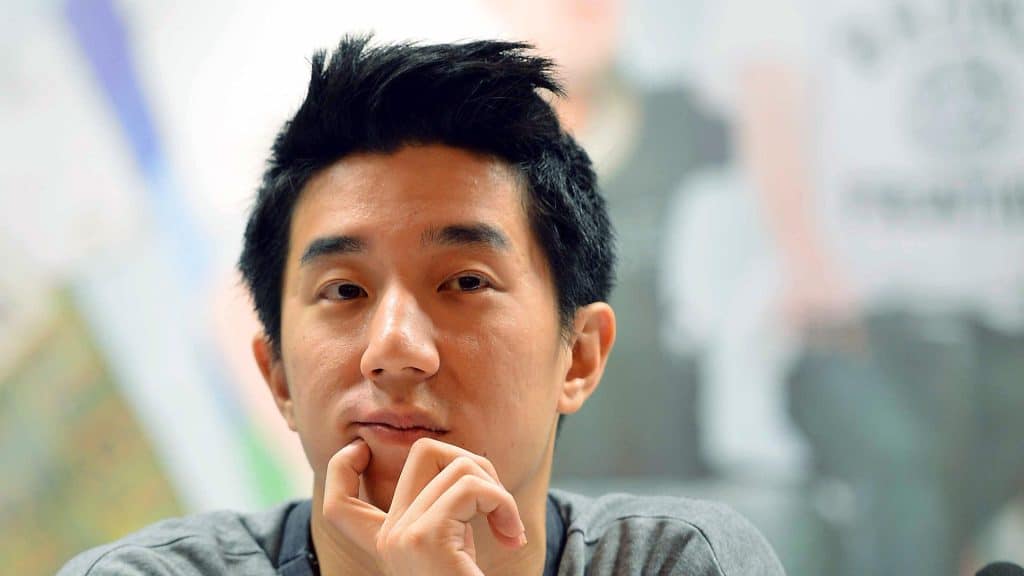 Who is Jaycee Chan?

Chinese singer and actor Jo-Ming Jaycee Joming Chan, was born in Los Angeles, California USA, on 3 December 1982, which makes his zodiac sign Sagittarius. He’s had roles in nearly 30 movies, but no TV series yet, and is probably still best known for his playing of Sid in the 2007 musical crime movie “Zhan. Gu”, written and directed by Kenneth Bi, and in which he co-starred alongside Tony Ka Fai Leung and Angelica Lee. It follows a gangster’s son who’s been sent far away because of sexual misconduct, while he’s now found peace with a group of Buddhist drummers; the movie won three of its nine award nominations.

Jaycee was raised an only child in Los Angeles, by his father Jackie Chan, a famous Hong Kong actor, moviemaker and martial artist, and his mother Joan Lin Feng-jiao, a Taiwanese former actress. Jaycee has an older half-sister Etta Ng Chok Lam, who was born in 1999 to Jackie Chan’s lover Elaine Ng, a Hong Kong actress; it’s believed that Jaycee and Etta haven’t met.

He attended a local high school in Los Angeles, and was mostly into singing during his four years there, and also appeared in several school plays. Jaycee matriculated in 2001, and moved to Williamsburg, Virginia to attend the College of William and Mary; he quit after only a year, having grown bored of Virginia because there was ‘only sheep’ there, while he preferred nightlife and luxury cars.

Jaycee then moved to Hong Kong, and began working on his music and acting career; he’s released only two music albums: “Jaycee” in 2004 and “Chaos” in 2010.

Jaycee’s debut film appearance was in the 2004 action adventure comedy “The Twins Effect II”, and some of his following roles were in the 2005 romantic drama “2 Young”, the 2006 animated fantasy comedy “Chun Tian Hua Hua Tong Xue Hui” (voice role), and the 2007 action crime adventure “Invisible Target”.

The year 2007 saw him play The Son in the fantasy drama “The Sun Also Rises”, written and directed by Wen Jiang, who also starred in it alongside Joan Chen and Anthony Chau-Sang Wong. The movie follows three stories set in the Gobi Desert, on a campus, and at a Yunnan village, and won 11 of its 24 award nominations.

Jaycee appeared in several movies in the remainder of the 2000s, such as the 2008 drama “Pk.com.cn”, the  action crime drama “Shinjuku Incident” and the  romantic adventure drama “Mulan: Rise of a Warrior”, both in 2009.

The year 2011 saw him play Zhang Zhenwu in the historical war drama “1911”, directed by Tao Hai and Wei Li, and which starred his father Jackie, Winston Chao and Bingbing Li. It follows the overthrow of the Qing Dynasty by Sun Yat-sen’s nationalist forces, and the movie won six of its 13 award nominations. Jaycee was then cast to play supporting characters in the 2011 romantic fantasy drama “Li Xian Ji Li Xian Ji”, the 2012 action comedy “Double Trouble”, and in the same year the  romantic action comedy “Chrysanthemum to the Beast”.

In 2015, he portrayed Peng Qizi in the action “Monk Comes Down the Mountain”, written and directed by Kaige Chen, and which starred Baoqiang Wang, Xuejian Li and Wei Fan; it follows a monk who’s left his monastery for the first time.

Jaycee’s since appeared in only three movies: the 2016 action adventure comedy “Railroad Tigers”, the 2021 drama “Good Night Beijing”, and the 2022 romantic drama “Great Mr. Zhou”; he’s currently shooting for the upcoming romantic drama “The Diary”, set to be released by the end of 2022.

He’s made a guest appearance in the talk-shows “Entertainment Tonight”, “A Date with Luyu” and “World Film Report”, amongst others.

Jaycee won a 2009 Best Actor Award at the Wine Country Film Festival, for his performance in “Zhan. Gu”.

Jaycee hasn’t shared a lot of detail about his love life with his fans, and there’s only a single girl whom he’s dated, that the public knows about.

Back in 2006, Jaycee dated Fiona Sit, a famous Hong Kong singer and actress who’s released over 15 albums, and has appeared in close to 40 movies and TV series. The two were spotted spending time together in Beijing multiple times, but it’s believed that they split after having been together for seven months.

Jaycee hasn’t mentioned other women whom he’s perhaps been with, and he seems to be single as of October 2022, hasn’t married and doesn’t have children.

He’s an Instagram star, and has posted over 70 pictures and videos onto his account, while there are today over 560,000 people following Jaycee on the social media network.

Jaycee has many hobbies – he took boxing lessons before he moved to Hong Kon, and today enjoys playing basketball, fishing and dancing.

His favorite actors are Jean Claude Van Damme and Arnold Schwarzenegger, and some of his favorite movies include “Universal Soldier”, “Double Impact” and “Hard Target”.

Jaycee was arrested on 14 August 2014 in Beijing, after the police found over 100g of marijuana at his apartment; he could have been sentenced to spend life behind bars for hosting others to smoke marijuana.

Jaycee revealed that he’d been using marijuana for over eight years, and his father Jackie publicly apologized for his son’s behavior, and promised that he wouldn’t help Jaycee, but would let him deal with the consequences of his own behavior.

Jaycee had already spent 150 days behind bars when his trial began on 9 January 2015; he was sentenced to spend half a year behind bars, and was fined $320. He was released on 13 February 2016, and it took some time for Jaycee and his father to reconcile; after having spoken to each other for nearly an entire night sometime in the second half of 2016, Jackie revealed that he believed that his son had matured.

Even though Jaycee renounced his American citizenship when he moved to Hong Kong in 2002, he’s been living in Los Angeles since 2020.

Jaycee’s net worth has been estimated at over $2 million as of October 2022, and his father Jackie’s at more than $400 million.