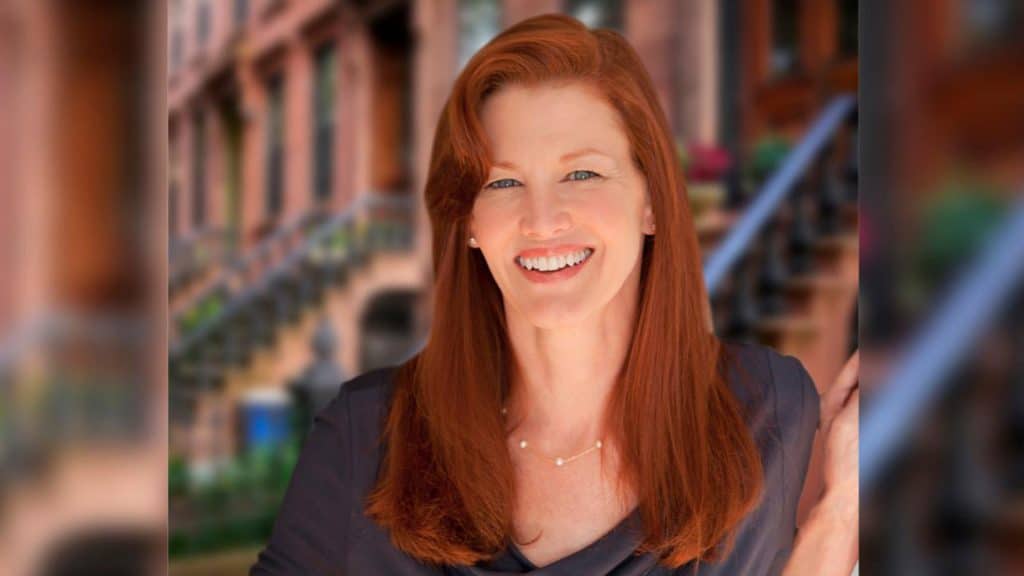 What is Haviland Morris from ‘Sixteen Candles’ doing today? Wiki

Who is Haviland Morris?

Morris is an American actress, perhaps still best known to the world as Caroline in the film “Sixteen Candles” (1984), and as Claire Baxter in the TV series “One Life to Live” (1999-2003), among many other popular roles that she secured during her career.

What is Haviland Morris Doing Today?

Haviland has slowed down in recent years; since 2019, she’s only made one on-screen appearance, and it was one-time as Dr. Adrienne Corbett in the comedy crime-drama series “Bull”, which stars Michael Weatherly, Geneva Carr and Jaime Lee Kirchner.

However, she;s a licensed real estate broker, and has worked for Halstead Property since 2008.

Haviland Morris was born on 14 September 1959, in Loch Arbour, New Jersey USA. She hasn’t revealed the names of her parents, but has said that they worked in the electronics industry, which had the entire family move to Hong Kong.

As a result, she spent most of her childhood there, and attended Hong Kong International School. She then returned to the US, and enrolled at Northwestern University in its Theater Arts program, but eventually obtained a Bachelor of Fine Arts degree in acting from State University of New York at Purchase. One of her classmates was future film star Stanley Tucci.

Haviland made her acting debut in 1984, in the romantic comedy-drama film “Reckless”, written by Chris Columbus, with Aidan Quinn, Daryl Hannah and Kenneth McMillan in the lead roles.

The same year, she was selected for the role of Caroline Mulford in the coming-of-age comedy film “Sixteen Candles”, written and directed by John Hughes. The film stars Molly Ringwald, Anthony Michael Hall and Justin Henry, and follows a girl through her sixteenth birthday expecting a huge party, but her parents forget about it, and she suffers from every embarrassment possible.

The film launched her to stardom, though it received critiques because of some scenes involving Haviland’s character.

Next, she co-starred with Madonna in the award-winning romantic comedy film “Who’s That Girl” (1987), which follows a story of a tax lawyer and a young woman released from prison who persuades the said lawyer to help her prove that she’s innocent.

The ‘90s and Further Success

She started the ‘90s with the role of Jennifer Reed in Todd Hallowell’s comedy film “Love or Money”, co-starring Tim Daly and Michael Garin. The same year, she was Tara Liston in Jan Egleson’s comedy crime-thriller film “A Shock to the System”. Moreover, she was Marla Bloodstone in the sequel to Chris Columbus’s “Gremlins” from 1984, entitled “Gremlins 2: The New Batch”, which starred Zach Galligan, Phoebe Cates and John Glover, among others.

She gave birth to her daughter in 1991, but continued her career appearing in several TV series throughout the decade. Some of the titles include “Diagnosis Murder” (1994), “Dead Man’s Walk” (1996), and “Aliens in the Family” (1996), while in 1997 she was Karen Pruitt in the comedy film “Home Alone 3”, the mother of the main character, Alex Pruitt, which starred Alex D. Linz and Olek Krupa. The film was nowhere close to its predecessors, though Alex D. Linz received Young Artist Award nomination in the category for Best Performance in a Feature Film – Young Actor Age Ten or Under.

Before the decade ended, she appeared in TV series such as “Sex and the City” and “Homicide: Life on the Street”, both in 1999.

She also secured the role of Claire Baxter in the award-winning yet rather controversial soap opera “One Life to Live” from 2001 to 2003, which follows the story about a wealthy lord family, and two families from the middle-class, which has seen some of the major TV and film stars come and go since its inception in 1968.

Concurrently, in 2001 she voiced Michelle Payne in the video game “Max Payne”, while in 2003 she appeared in the comedy-drama film “Rick”, which starred Bill Pullman, Aaron Stanford, and Agnes Bruckner.

Two years later, Haviland portrayed Kate Lewis in the romantic-comedy film “The Baxter”, written and directed by Michael Showalter who also starred in the film, alongside Elizabeth Banks and Peter Dinklage.

In 2007, she appeared in the award-winning horror thriller-drama film “Joshua”, with Sam Rockwell, Vera Farmiga, and Jacob Kogan in the lead roles, about a nine-year-old boy who faces a change in the family when a newborn girl is welcomed to the family.

The same year, she had the supporting role in the thriller drama film “Cherry Crush”, with Nikki Reed and Jonathan Tucker as the main stars of the story of forbidden love.

In 2008 she portrayed Olivia Pruitt in several episodes of the popular series “One Tree Hill”, and then Lyra in Max Mayer’s romantic comedy-drama film “Adam”, starring High Dancy, Rose Byrne, and Peter Gallagher.

The next year, Haviland joined the cast of another soap opera – “As the World Turns” – in the role of Bridget Lawson, while in 2010 she starred in the award-winning film “Fighting Fish”.

In 2011 she starred in the biopic entitled “Oka!”, about American ethno-musicologist Louis Sarno, who lived for 25 years among the Bayaka Pygmies in Central Africa, with Kris Marshall in the lead role.

Since then, she’s focused more on her career in real estate, and only sporadically appeared on-screen in such TV series “Blue Bloods” (2014), and “Elementary” (2016), among a few others.

As of late 2022, Haviland Morris’s net worth is estimated at over $3 million, which she’s earned through her careers as an actress and as a real estate broker.

Haviland is married to a man named Robert Score, with whom she has two children, daughter Faith born in 1991, and son Henry Score in 2000.

Haviland Morris is recognized for her red hair – though she wore a blonde wig for the film “Sixteen Candles” – and she has blue eyes. She stands at a height of 5ft 7ins (1.7m), and weighs about 145lbs (65kgs), but her vital statistics are unknown.

An avid traveler, Haviland has visited every continent except the Antarctic. She has said that her favorite destination is Kyoto, Japan.

She is fond of animals and has had dogs, cats, rabbits and parrots as her pets during her life.