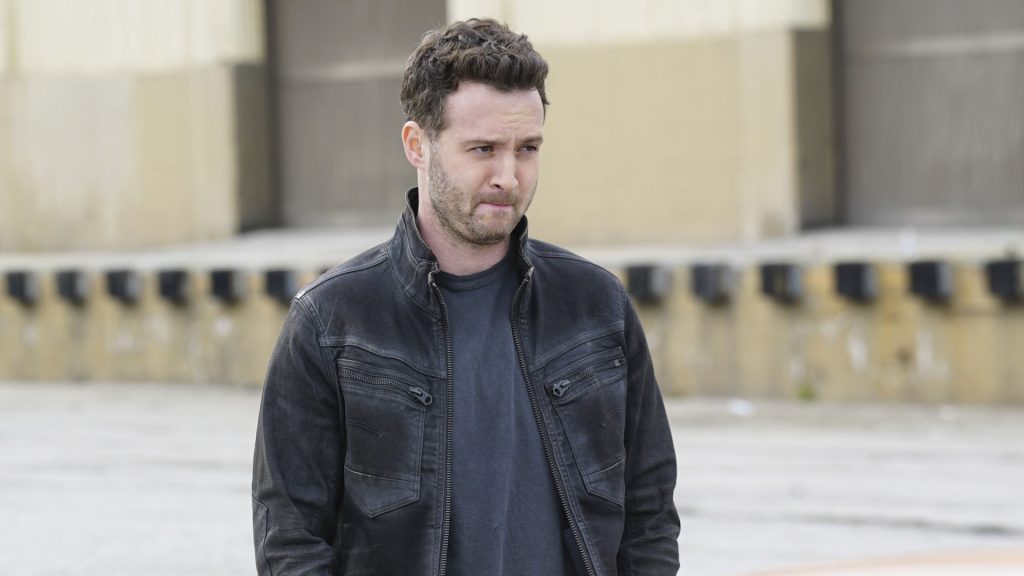 Who is Eddie Kaye Thomas?

Born with an unknown legal name under the sign of Scorpio on 31 October 1980, in Staten Island, New York USA, Eddie Kaye ‘Leaf’ Thomas is a 41-year-old Caucasian actor of Eastern European Jewish descent. He’s generally known around the world for realizing multiple high profile roles, most prominently that of Finch in the ultra-famous “American Pie” film series. He’s also had a multitude of other successes over the course of his frequently lucrative acting career since 1992.

Early life: Made for the stage

Kaye was raised apparently an only child in his birthplace, by Jewish parents, specifically in New Dorp neighborhood, right across from a train station. The name he goes by today was adopted at the start of his acting career, leaving his birth name unknown. Eddie grew up with a strong interest in acting, participating in school plays as early as age seven. He matriculated from New York’s Professional Children’s School, a preparatory dramatic arts college, in 1998, at which point his acting career was already well underway, thus he never attended college.

Career: The best of both worlds

By the time Eddie’s career officially started, he had already made an enviable number of appearances across various theaters. He played a role in Brooklyn Shakespeare Company’s “Richard III” before he was 10 years old, and debuted on Broadway in “Four Baboons Adoring The Sun” in John Guare’s Lincoln Center Production as an understudy at age 12 in 1992, which marks his career beginning. Thomas’ onscreen breakthrough came when he was 14, thanks to the role of Dave in an episode of the romantic TV series entitled “One Life to Live” in 1994, as well as Matt Dorney in “Are You Afraid of the Dark?”

He landed his first film role in 1996, as Young Flaco in “Illtown”, aside from also showing up in an episode of “Law & Order”, then in 1997, he appeared alongside legendary Natalie Portman in a stage adaptation of “The Diary of Anne Frank.” After another three TV roles in 1998 and one more a year later, he landed his most significant role thus far – Paul Finch in the four-film installments of world-renowned “American Pie”, the first of which premiered in 1999. That year he also played four other roles, one of which marked his second appearance in “Law & Order.”

Thomas entered the year 2000 with 13 on-screen and numerous theater appearances under his belt, landing the role of Russell in seven episodes of “Brutally Normal” right then, as well as the recurring role of Gary in the prodigy series “The X-Files”, in which he appeared again, and two other roles. In 2001 he appeared as Finch again in “American Pie 2”, meanwhile also cast in the significant part of Mike Platt, in 28 episodes of “Off Centre”, through 2002. Kaye continued his Finch portrayal in “American Wedding” in 2003, and the following year he realized one of his most famous portrayals – Rosenberg in “Harold & Kumar Go to White Castle.”

A year later, he snagged his longest running role to date, becoming the voice of Barry Robinson in “American Dad!”, which is still ongoing in mid-2022. In 2006, he began starring as Jeff Woodcock in 39 episodes of Josh Goldsmith and Cathy Yuspa’s “’Til Death”, until 2008, then in 2010 and ’11, he played David ‘Kappo’ Kaplan in 16 episodes of “How to Make It in America”,. A year later, he made his final appearance as Finch in the “American Pie” film series, starring in “American Reunion.”

With no credits in 2013 aside from episodes of “American Dad!”, Kaye had a strong 2014, landing the starring role of Toby Curtis in all 93 episodes of the well-known “Scorpion” through 2018, concurrently with five other parts. He continued a regular screen presence after another role in 2018, appearing in one title in 2019, two in 2020 and another in 2021. Aside from “American Dad!”, which is still in production, he’s set to play Rodgers in “Junction” in 2023 – his 66th acting credit to date.

Thomas owes his only award to the “American Pie” film series, having won the Best Ensemble Cast award at Young Hollywood Awards in 2000 alongside the main cast of the films. This is his only nomination as well.

Love life: Is he in a relationship?

The only known partner of Eddie Kaye Thomas is fellow award-winning actress Ari Graynor, whom he met in 2008 during the filming of Peter Sollett’s comedy musical drama “Nick and Norah’s Infinite Playlist”, in which Kaye appeared as Jesus, while Ari had the role of Caroline. They dated less than a year, and apparently split up amicably.

Actor John Cho has shared a significant portion of his career with Eddie, starring alongside him in numerous titles, such as the four “American Pie” films, the “Harold & Kumar” trilogy, as well as a cameo in “Nick and Norah’s Infinite Playlist”, and finally a mutual presence in the sitcom “Off Centre” from 2001.

Thomas was interviewed for denofgeek.com in 2012, alongside his colleague Chris Klein (Oz) about “American Reunion.” Regarding why the film series is so popular, he said his ‘best guess is that the first movie did such a good job of identifying this very vulnerable thing in all of us where we’re going to graduate high school and we’re terrified that we won’t be normal; we’re not going to have sex like everyone else and we’re going to be left behind.’ Kaye was originally not on board with the idea of a fourth film, not wanting ‘to tarnish something good.’ However, once he’d read the script, he ‘realized that a good movie is a good movie, whether it’s “American Pie” or anything else.’

What is Eddie Kay Thomas’ net worth?

Eddie’s net worth is estimated by most sources at over $7 million, amassed throughout over 30 years of acting, earning $600,000 solely from “American Reunion.”