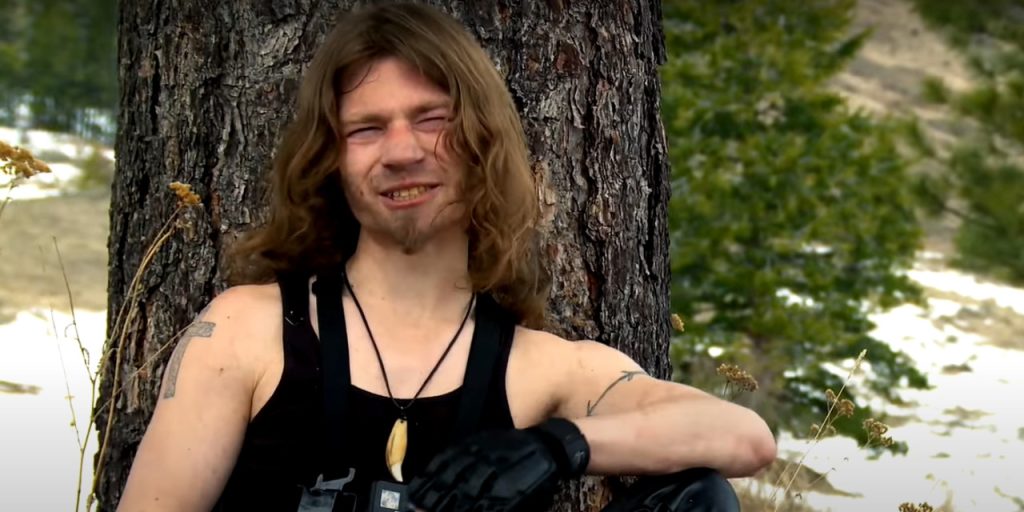 What is Bear Brown from ‘Alaskan Bush People’ doing today?

Fans of the American multinational pay TV network Discovery Channel have certainly come across the documentary reality show “Alaskan Bush People”. It stars members of the Brown family, as they’re surviving in the most desolate parts of Alaska, USA. The series has been airing since 6 May 2014, and was initially filmed near Hoonah and Chichagof Island in Alaska, while later seasons were shot in Okanogan County, Washington State. The show was meant to depict how people find food and water, and make shelters in the wilderness, but it has often been criticized for being fake and scripted; it today numbers more than 120 episodes, and has been rated 6.1/10 on the online film database IMDb.

The show mostly follows the late Billy Brown, his wife Ami and their seven children during their everyday activities, and also shows how the family bonds while living in the wilderness.

Billy died after having suffered a seizure on 7 February 2021, aged 68, and the future of the show was thus put in question, however, Discovery Channel later renewed it for another season.

One of the most popular of Billy’s children is Bear Brown, the third oldest amongst them who has appeared in more episodes than his siblings, and is today highly skilled when it comes to surviving, living in the wilderness.

Who is Bear Brown?

Solomon Isaiah Freedom ‘Bear’ Brown was born in Alaska on 10 June 1987 – his zodiac sign is Gemini, and he holds American nationality. He was raised in the Alaskan woods alongside his four brothers and three sisters, by their father who was originally from Texas and had a criminal record, and their mother who’s an expert in growing food, landscaping and navigating, while she also has a criminal record. Bear’s father stole a horse in 1980, while his mother was accused of welfare fraud.

Bear didn’t go to school, but was taught the basics of math, English language and reading and writing at home by his mother. He has been starring in “Alaskan Bush People” since its premiere, and the first couple of seasons featured him learning the tricks to surviving in the wilderness from his father, mother and his older brothers Matt and Joshua. As the years went by, Bear became the most skilled amongst his brothers and sisters, and occasionally went hunting for food instead of his father, so that Billy could stay at home and rest.

Bear also starred in the 2021 reality TV special “North Pole to North Star”, which follows the Brown family during Christmas, and shows them exchanging their hand-crafted gifts.

Bear is now married, but not without problems along the way. He and Raiven Adams were together for around a year when she made her debut appearance in the show “Alaskan Bush People” in August 2020.

Two weeks after this, Bear asked her to marry him, and the family threw a party to celebrate her saying ‘yes’.

On 9 March 2021, Raiven gave birth to their son River Adams, but she and Bear had already separated prior to that. Two days after River was born, Raiven informed Bear that she would do a paternity test, because she believed that River wasn’t his son, perhaps a problem in itself! She was also granted full custody over River. Because of the outbreak of coronavirus, Bear wasn’t able to see his baby boy until he was six months old.

Bear and Raiven eventually started living together again, wanting their son – yes, their son, proven by the paternity test – to grow up having both parents there for him all the time. Raiven and Bear married on 16 January 2022, with only a couple of their closest friends and family members attending.

Following the ceremony, Bear gave an interview to the magazine “People”, saying ‘It feels really good to be a married man, I’ve loved Raiven a long time and it’s an honor and a privilege to finally call her my wife. She is the most beautiful woman I’ve ever seen and still takes my breath away! I only wish Dad had been there, but I know he was watching from the best seat!’

Raiven also went on to speak about why she had left Bear before their baby was born, stating that she was tired of the drama, the internet articles and the harassment that the family were facing because of their popularity.

The Brown family’s net worth

What is Bear doing today?

On 1 April 2021, Bear stated that he was going to stop starring in “Alaskan Bush People” after it had aired its 12th season, because he wanted to focus on raising his son.

He wrote on Twitter: ‘Due to recent events and things I can’t discuss on social media, it’s with a heavy heart I’ve decided to no longer continue filming for Alaskan Bush People.’ Nobody realized that it was April Fool’s day, and Bear soon revealed that he was only joking, adding that he was planning to star in the show until he’s an old man.

Bill ‘Billy’ Brown was born in Fort Worth, Texas on 3 December 1953 – his zodiac sign was Sagittarius, and he held American nationality. He was a TV personality and author, probably only known for his starring role in “Alaskan Bush People”, while he was also featured in the 2021 TV special “North Pole to North Star”.

Billy was raised in Fort Worth alongside his sister Kathy, by their father Billy Joe Brown who was the owner of a limousine company, and their mother Kathryn Brown who was a housewife.

The family was quite wealthy, and Billy grew up having everything that he needed, including some of the most expensive toys which included boats and cars. On 2 March 1969, when Billy was 15 years old, his parents and sister died when their plane crashed, and he was then tricked into signing papers which had emancipated him from his parents, meaning that he had lost his right to his father’s wealth.

In the first year following the accident, he roamed around Texas and Nuevo Mexico looking for work, and it was then that he met Brenda, who was 17 years old at that time, and was touched by Billy’s life story. The two married on 23 October 1969, and lived in a house owned by Brenda’s parents, and she gave birth to their two daughters; the marriage lasted for only five years, as Brenda and Billy divorced in 1974 for unknown reasons.

Billy then worked as a plumber for the wealthy Branson family, and fell in love with their daughter Ami. The family believed him to be a ‘very charismatic’ man, but didn’t know that he and Ami had been secretly seeing each other until they’d already planned to marry. Ami’s parents disagreed and weren’t planning to allow the marriage, however, after Ami threatened to run away with Billy, they changed their minds. Billy and Ami exchanged vows in a small ceremony on 16 June 1979, attended by only a couple of the Branson family’s friends and relatives, and in 1982, Ami gave birth to their son Matthew, while their second son Joshua ‘Bam Bam’ followed in August 1984.

Billy had a hard time settling down in Texas, and thus managed to convince Ami to travel around the US with him. The two eventually found themselves in Alaska, and started living on the desolate Mosman Island, more than a hundred miles away from any inhabited area.

They lived there for the following two years, before coming to Port Protection and then to Haines, the census-designated place where Billy decided would be their new home. He built them a house, but it burned down by accident, after which in 2001, the family moved to Juneau, but spent less than a year there before moving to Santa Clarita in California. The Browns didn’t settle though, and thus returned to Alaska, having missed the life in the wilderness.

Apart from Matt and Josh, Billy and Ami’s five other children are Bear, Gabe, Noah, Snowbird and Rainy, all of whom were homeschooled by Ami.

Billy and Ami had problems with her family, because she was 15 when the two married, while is 11 years older than her, but to convince her parents to let them marry, Billy had lied about his age, claiming that he was younger, and had also lied about his supposed wealth.

They were especially angry when he convinced Ami to leave Texas and start living as a nomad with him, resulting in them hardly seeing Ami in the following four decades. Wanting to see her, her mother Earlene travelled to Alaska in 2016, however, Ami was vacationing in Hawaii at that time and she and her mother didn’t meet; Earlene passed away on 9 November 2018, aged 85 – Ami didn’t attend the funeral.

Billy began writing children’s books while he lived in Haines, loved by both children and their parents, which provided him with enough money to support his growing family. He has since published numerous children’s books, as well as the memoir “One Wave at a Time” in September 2007, which follows his and his wife’s lives since their move to Alaska.

It became the most watched unscripted cable program in no time, with each episode attracting about four million unique views, particularly by males aged between 18 and 49. Following the show’s fourth season, Alaska Department of Revenue revealed that the Browns were actually spending more than half a year outside of Alaska, meaning that the show wasn’t as genuine as might appear. Billy and Ami were charged with lying in their Permanent Dividends applications, so “Alaskan Bush People” thus lost a huge number of viewers, and even more after the family rented the $2.7 million valued mansion in Beverly Hills, Los Angeles in 2018, having been depicted shown as not-so-wealthy nomads in the show.

The reason behind them staying in Los Angeles was actually Ami’s battle against cancer; she underwent treatment at the University of California Medical Center, and was declared cancer free after around half a year.

There’s not a single reality TV show which isn’t at least partly scripted, as it’s necessary to add some drama or fun to make it more appealing to the viewers, and through editing to satisfy episode time constraints. While most of these shows are far more real than fake, it’s believed by many former “Alaskan Bush People” fans that the majority of this show is scripted.

Other than the previously mentioned issues with the Browns living outside of Alaska, and being way wealthier than was believed, it was also revealed by the online magazine “Radar Online” that they were actually living in a hotel in Hoonah while shooting for the series; two people – Becky Hunnicutt and Jay Erickson – confirmed they that had seen the family coming and going from Icy Strait Lodge.

It has also been reported that the cabin in which the Browns lived during the first season wasn’t as far from other people, stores and conveniences as presented in the show, and that they actually had a pizza restaurant not far from them.

In one episode, Billy’s son Noah could’ve been seen dating Karyna Kauffman, but it was later revealed that she’s an actress, and that the whole thing was scripted.

Even though the family was supposed to be living in the wilderness, many members had YouTube channels and Instagram accounts.

It’s also been reported that their Browntown cabin, which Billy had claimed to have built by his own bare hands, was actually built by local people.

So make what you will of these revelations, but be assured that at least the environment in remote Alaska is as depicted, which is the main point of the stories of living ‘off the grid’, as quite a few families still do. Bear Brown and his family included, although not necessarily for 12 months of the year.