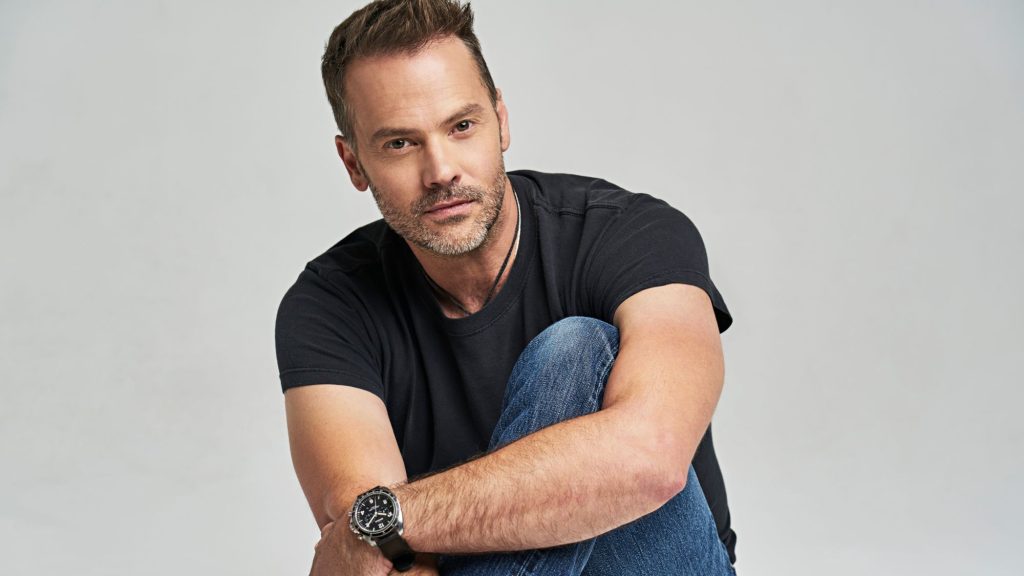 Who is Barry Watson?

One of the favorite characters in the family drama “7th Heaven” was Matt Camden, the oldest child and son of Annie and Eric Camden, portrayed by Barry Watson. When he left the series people wanted to know the reason, and Berry revealed that he’d been diagnosed with Hodgkin’s lymphoma, so he underwent chemotherapy. He returned in 150th episode of the series.

If you wondered what he is doing now, keep on scrolling through this article, and we will tell you all about the life and work of this talented actor. Barry has over 40 acting credits to his name, and besides the aforementioned role, he’s perhaps known best for his performance in “Sorority Boys”, “Boogeyman”, and “Teaching Mrs. Tingle”.

Michael Barret ‘Barry’ Watson was born under the zodiac sign of Taurus on 23 April 1974, in Traverse City, Michigan USA, thus he holds American nationality and he comes from a family of mixed ethnicity – English, Scottish-German, and Irish descent.

Barry was raised in his hometown until the age of eight, when his family moved to Dallas, Texas. He was raised one of four children, by his mother Karen, who was a paralegal, and by his father Michael, who was an attorney. Barry respects his sibling’s privacy, thus he hasn’t shared their names.

Speaking of Barry’s educational background, he attended Richardson High School, and upon matriculating in 1982, he didn’t enroll in college but pursued his dream of becoming a successful actor.

Barry made his acting debut portraying Randy in the 1990 series “Days of Our Lives”, before he made an appearance as Greg in an episode of “The Nanny” in 1994. In the following year, he was seen as Barney in “Sister, Sister”, then guest-starred as Thomas Edward ‘Cowboy’ O’Hara in the popular series “Baywatch” in 1996.

From 1996 until 2006, he was cast to play Matt Camden in the series “7th Heaven”, also starring Stephen Collins, Jessica Biel and Catherine Hicks. For his performance, Barry was twice nominated for the Teen Choice Award for TV – Choice Actor (1999 and 2001), and he and the rest of the cast were nominated for the Young Artist Award for Best Performance in a TV Series – Young Ensemble (1999).

From 2006 until 2007, he was seen starring as Brian Davis in “What About Brian”. Then, from 2007 until 2009, he portrayed Todd in “Samantha Who?”, also starring Christina Applegate, Kevin Dunn and Jennifer Esposito.

In 2012, he co-starred as Steven Spence in the series “Gossip Girl”, and in the same year was seen as Boboroff in an episode of the series “Wedding Band”, followed the next year by a guest role as Michael McDerry in “Wilfred”.

In 2014, he had a supporting role as Davis Polk in the popular comedy-drama “Hart of Dixie”, also starring Rachel Bilson, Cress William, and Jaime King. Next, he made an appearance as Shelley Decklin in “Masters of Sex” in 2014, and in 2017, he was cast to play Ricky Cooper in “Date My Dad”.

In 2019, he was seen as Lachlan Murdoch in the TV mini-series “The Loudest Voice”, and his most recent role was his portrayal of Greg McDuffie in the 2022 series “Naomi”.

Barry made his first television appearance as Young Guy at TV Station in the 1993 movie “Fatal Deception: Mrs Lee Harvey Oswald”. In the same year, he was cast to play Teen Boy in “Attack of the 50 Ft. Woman”. He followed with his role as Jack Collins in “Co-ed Call Girl” in 1996.

Three years later, he was seen as Luke Churner in “Teaching Mrs. Tingle”, which role brought him a nomination for the Teen Choice Award for Film-Choice Chemistry which he shared with the actress Katie Holmes (2000), and Music Television (MTV) Movie + TV Award nomination for Best Kiss (2000).

In the following year, he made appearances in numerous movies, and since the list is too long to enumerate, we will only mention his notable ones, such as his performance in “Sorority Boys” (2002), “Love on the Side” (2004), and “Boogeyman” (2005), among others.

In 2010, he had a supporting role as Pax in “My Future Boyfriend”, and in the following year, he was seen as Chris in “The Chateau Meroux”, followed by his role as Frank Madigan in “Rip City” in 2011. Barry made an appearance as Luke Garvey in the 2012 movie “Kiss at Pine Lake”, also starring Mia Kirshner and Matty Finochio.

In 2014, he portrayed Nicholas Boyd in “Far From Home”.  In the same year, he was seen as Nick DeMarco in “The Santa Con”, and next made an appearance as David in the 2016 movie “Search Engines”.

In 2018, he was cast to play Chip in the television movie “A Very Nutty Christmas”, before he was seen as Connor Johnson in “My Mom’s Letter from Heaven” in 2019.

Barry’s most recent role was his portrayal of Bruce in “Highway to Heaven” in 2021.

There have been various rumors concerning both Barry’s love life and his sexual orientation, however, it is widely known that he was married to Laura Payne-Gabriel, an American actress.

She’s perhaps known best for her performance in “Austin Powers: International Man of Mystery”. The exact date and how they met hasn’t been revealed, however, it’s known that they met thanks to the actress, Tori Spelling. The two married in 1997, but divorced in 2002.

Barry’s second wife was Tracy Hutson, a renowned designer and consultant on the “Extreme Makeover: Home Edition”. They had been dating for eight months, and the couple became engaged on 3 August 2004. They welcomed their first son, Oliver on 2 May 2005, and then married on 14 July the following year. Their second son, Felix, was born on 13 November 2007.

Although the two seemed happy and in love, after five years of marriage they divorced, finalized on 25 September 2011.

Subsequently, Barry met his future third wife, Natasha Gregson Wagner, the daughter of actress Natalie Wood. The two began dating, and on 30 May 2012, Natasha gave birth to their daughter, Clover. They married on 21 December 2014, and as of August 2022, they are still together.

As mentioned, Barry can be seen in the newest series “Naomi”, and his fans can keep track of his life and work through his social media accounts. He’s mostly active on his Instagram account, which has amassed over 85,000 followers. Barry mostly posts about his everyday life, his work, and photos featuring him and his friends and family.

If you wondered about his health, Barry has been in remission since 2003.

According to sources, as of August 2022, his net worth has been estimated at over $1 million.