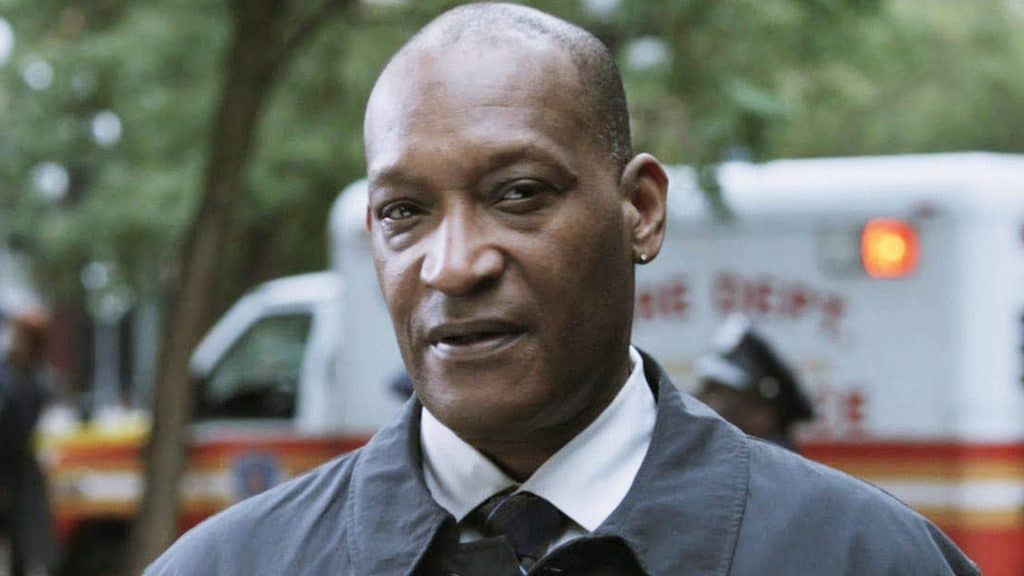 What happened to Tony Todd? What is he doing now? Net Worth

Who is Tony Todd?

American actor, movie producer and director Tony Todd, was born in Washington, D.C. USA, on 4 December 1954 under the zodiac sign of Sagittarius. He’s played and voiced characters in more than 250 movies and TV series, and is probably still best known for his portrayal of the lead character The Candyman in the 1992 horror thriller movie “Candyman”, directed by Bernard Rose, and which also starred Virginia Madsen and Xander Berkeley. It follows a student who’s mistakenly summoned the murderous spirit which has a hook for its hand; the movie won five of its 15 award nominations.

Tony and his younger sister Monique Dupree were raised in Hartford, Connecticut by their mother Evetta who worked various jobs to financially support herself and her two children; nothing about Tony’s father is known, and most of his fans believe that his father wasn’t around while he was growing up.

Tony studied at Hartford Public High School, and was interested in many activities during his four years there: he practiced various kinds of art at the Artists Collective, Inc., played several sports with his peers, and acted with the school’s drama club.

Upon matriculating in 1973, Tony studied at the University of Connecticut, from which he graduated with a Bachelor’s degree in 1977. He then studied acting at both the Trinity Company and the Eugene O’Neill National Actors Theatre Institute.

Tony’s debut film role was his playing of Barrington in the 1986 fantasy drama “Sleepwalk”, and he gained recognition in the same year when cast to play Warren in the critically acclaimed war drama “Platoon”, written and directed by Oliver Stone, and which starred Charlie Sheen, Tom Berenger and Willem Dafoe. It follows Chris Taylor as he’s fighting in the Vietnam War, and the movie won 28 of its 43 award nominations, including four Oscar wins for Best Picture and Best Director (Oliver Stone).

The remainder of the ‘80s saw Tony appear in a couple of movies, such as the biographical romantic drama “84 Charing Cross Road” and the 1987 action crime drama “Enemy Territory” both in ’87, and the 1989 drama “Lean on Me”.

He portrayed Grange in the evergreen 1994 action crime drama “The Crow”, directed by Alex Proyas, and which starred Brandon Lee, Michael Wincott and Rochelle Davis. It follows a murdered man who’s come back to life so that he could avenge his and his fiancée’s death; the movie won five of its 12 award nominations. Tony could then have been seen playing Britt Johnson in the 1995 romantic western “Black Fox”, and in 1996 Jason Sherwood in the action thriller drama “Sabotage” and Captain Darrow in the hit action adventure thriller “The Rock”, which was nominated for an Oscar for Best Sound.

Do you believe William Bludworth @TonyTodd54 was Death in the Final Destination Films? #Horror pic.twitter.com/6jcYMoYKin

The year 2000 saw Tony play Bludworth in the horror thriller “Final Destination”, which James Wong wrote and directed, and which starred Kerr Smith, Ali Larter and Devon Sawa. It tells the story of high school student Alex Browning who’s prevented his friends from boarding their ‘plane, having had a vision of the plane crashing; now that the ‘plane has indeed crashed, death has returned to claim Alex and his friends’ lives. The movie won three of its eight award nominations.

Tony could then have been seen playing supporting characters in a couple of award-winning films, including the 2005 comedy “Checking Out”, the 2008 action crime adventure “24: Redemption”, and the 2009 horror thriller “Penance”.

He voiced Fallen in the 2009 action science fiction adventure “Transformers: Revenge of the Fallen”, which Michael Bay directed, and which starred Josh Duhamel, Megan Fox and Shia LaBeouf. It tells the story of Sam Witwicky who’s left the Autobots in search of a different life, but now has to rejoin them as the Decepticons are trying to kill him; the movie won 15 of its 47 award nominations, including an Oscar nomination for Best Achievement in Sound Mixing.

Tony portrayed Nathan McVay in the 2011 horror “Beg”, and the same year saw him play Mr. Steele in the horror “Jack the Reaper”. In 2015, he was Eddie in the horror science fiction thriller “Frankenstein”, written and directed by Bernard Rose, and which starred Xavier Samuel, Carrie-Anne Moss and Danny Huston. It follows two married scientists who’ve created a monster; the movie won three awards.

Tony’s three most recent movie roles have been in the 2021 crime drama “All Gone Wrong”, and in 2022 the crime horror “Bitch Ass” and the action horror “Hellblazers”; he’s either finished shooting or is currently shooting for over 20 upcoming movies, including ”Karma’s a Bitch”, “Inventors”, and “The Loch Ness Monster”.

Tony’s debut TV series appearance was in the 1987 episode “I Thought the War Was Over” of the action crime drama “Simon & Simon”, and he could then have been seen appearing in an episode of the horror thriller “Werewolf”, the mystery crime drama “21 Jump Street”, and the comedy “Kate & Allie”.

In 1994, he portrayed Matt Rhodes in the popular mystery crime drama “Homicide: Life on the Street”, created by Paul Attanasio, and which starred Richard Belzer, Clark Johnson and Yaphet Kotto. It follows the work of the Baltimore Police Department, and aired from 1993 to 1999, winning 29 of its 111 award nominations. The remainder of the ‘90s saw Tony play supporting characters in several hit series, such as the action adventure drama “Star Trek: Deep Space Nine”, the mystery crime drama “Murder, She Wrote” and the romantic drama “Beverly Hills, 90210”.

What marked the 2000s for Tony was perhaps his playing of Lord Haikon in the action adventure drama “Stargate SG-1”, created by Jonathan Glassner and Brad Wright, and which starred Richard Dean Anderson, Michael Shanks and Amanda Tapping. It follows the military team SG-1 as they’re exploring new planets, the series aired from 1997 to 2007 (Tony was a member of the cast in 2005 and 2006) and won 18 of its 124 award nominations. Some of his other roles in the decade were in the horror “Masters of Horror”, the crime comedy drama “Boston Legal”, and the action crime drama “24”.

Between 2015 and 2018, Tony voiced Zoom in the action adventure drama “The Flash”, created by Andrew Kreisberg, Geoff Johns and Greg Berlanti, and which stars Danielle Panabaker, Candice Patton and Grant Gustin. It follows Barry Allen who’s become superfast now that he’s been struck by lightning, the series has been airing since 2014, and has won 29 of its 124 award nominations.

Tony sang the song “Coast of High Barbaree” in the 2002 episode “The Lone and Level Sands” of the action adventure drama “Andromeda”.

He has seven producing credits, which include the 1999 horror thriller movie “Candyman: Day of the Dead”, the 2003 action horror drama “Scarecrow Slayer”, and the 2019 horror thriller film “Candy Corn”.

Tony’s received eight special thanks, most recently for the 2019 short family movie “No Me Olvidare de Ti”, and in 2020 the war horror thriller film “I Am Fear” and the horror movie “Scary Stories: Dark Web”.

He’s made a guest appearance in many documentaries, most recently in the 2018 series “Eli Roth’s’ History of Horror”, the short video “Be My Victim” in the same year, and the 2021 episode “Candyman” of the series “Behind the Monsters”.

Some of the talk-shows in which Tony’s appeared include “Scream Queen Stream”, “Made in Hollywood”, and “Without Your Head”.

Tony’s won eight of his 11 award nominations. Some of his wins include a 2017 Fangoria Lifetime Achievement Award, a Festigious International Film Festival Award for Best Supporting Actor, for his performance in “From Jennifer” in the same year, and a 2021 LASCIFI Europa Prize – Gold for Best Actor, for “Marfa”.

Tony’s amongst the most secretive of actors, and although it’s known that he’s today a married man, as well as a father of two, he hasn’t revealed his wife’s name and profession, nor the date of their wedding.

They have a son Alex and daughter Ariana together, and it’s believed that both were born in the first half of the ‘90s; Ariana married in February 2022, and Tony then revealed that he was planning to retire from film acting, wanting to focus on acting in theatre and spending time with his family.

He hasn’t mentioned the women whom he’d dated prior to meeting his future wife; Tony’s married as of October 2022, and has two children with his wife.

During one of the scenes in which he portrayed Candyman, Tony was surrounded by young bees which were believed unable to sting him, however, he was still stung nearly 30 times.

Tony’s favorite actors include Humphrey Bogart and Cary Grant, while a couple of his favorite movies are “The Petrified Forest”, “12 Angry Men”, and “To Have and Have Not”.