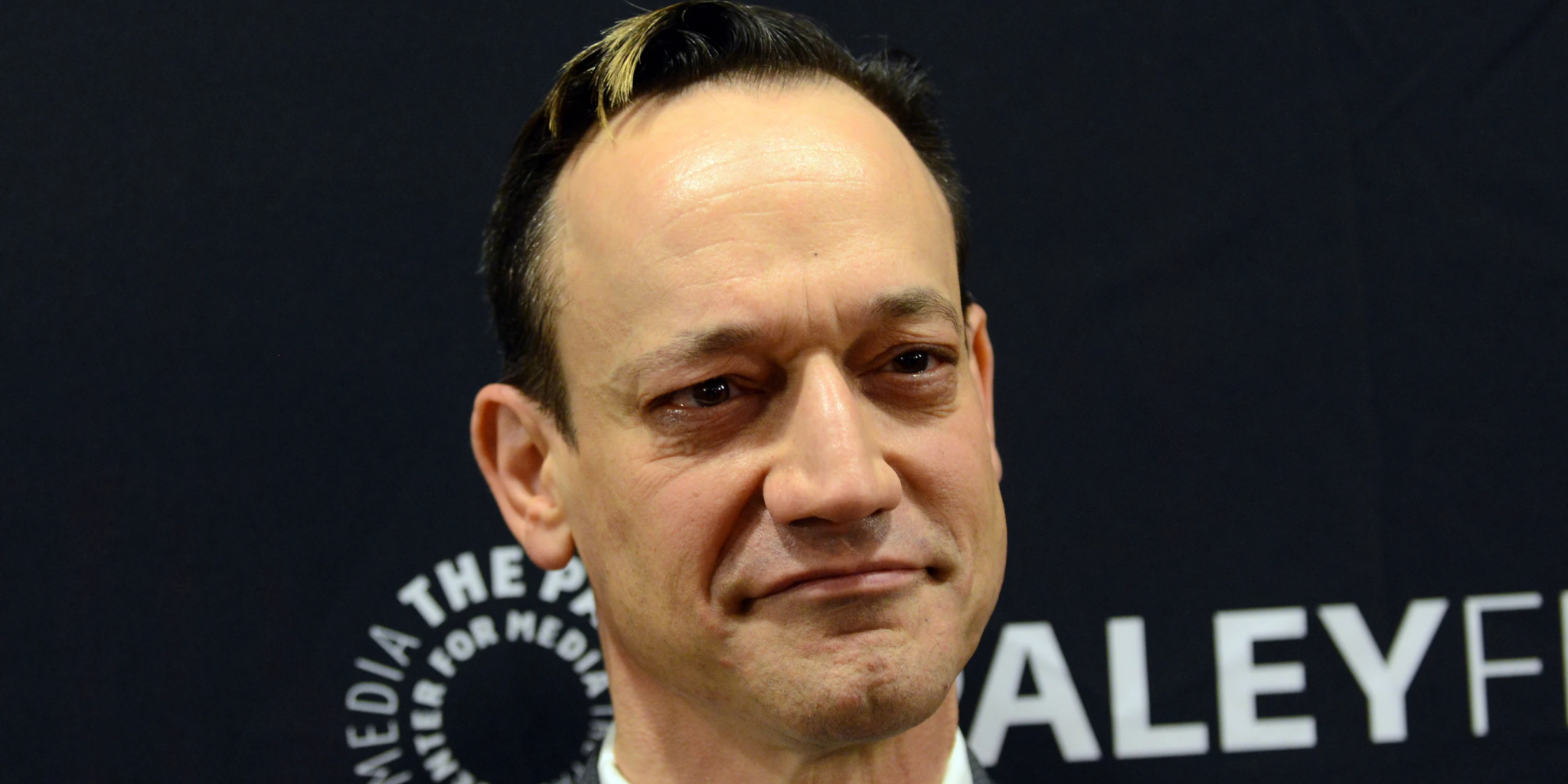 What happened to Ted Raimi? What is he doing now? Net Worth

Who is Ted Raimi?

Ted Raimi is an American actor, director and writer, who rose to stardom for his work in the horror genre, appearing in such films as “Blood Rage”, “Candyman”, “Evil Dead 2”, “Army of Darkness”, and many others throughout the ‘80s and ‘90s.

Furthermore, he;s possibly best remembered as Leutenantt (j.g.) Timothy O’Neil in the TV series “SeaQuest 2032” (1993-1996), and recently as Chet Kaminski/ Possessed Henrietta in the TV series “Ash vs. Evil Dead” (2016), among many other roles that he’s secured so far in his career.

What Happened to Ted Raimi? What is he Doing Now?

Back in 2018, Ted was experiencing some financial issues that forced him to sell a mini-compound in Toluca Lake, the neighborhood of Los Angeles, California, for $12,000 less than his asking price, which was $989,000.

Since then, he hasn’t talked about the issues he faced, but it seems that he has overcome all the troubles and is now out and about in Hollywood, working on a number of projects.

His most recent on-screen appearances include his portrayal of Gen. Al Haig in the award-winning thriller-drama film “18 1/2” (2021), while in 2022, he voiced Travis in the video game “The Quarry”.

Theodore Raimi was born on 14 December 1965 under the Sagittarius zodiac sign, in Detroit, Michigan, USA. He’s the youngest of three boys, born to Leonard Raimi, a furniture store proprietor, and his wife Celia, a lingerie store proprietor.

Of Russian- Hungarian-Jewish ancestry, he was raised in Conservative Judaism alongside his siblings, director Sam Raimi, screenwriter Ivan Raimi, and sisterAndrea – he had one now  late brother, Sander.

Ted went to Wylie E. Groves High School in Beverly Hills, Michigan. After matriculation, he enrolled at the University of Michigan, transferred to New York University, but eventually obtained a bachelor’s degree in liberal arts from the University of Detroit.

He became interested in film while in high school, and at just 17 years old, he started working on industrial films for car manufacturers such as General Motors, Chrysler, Ford.

He made his feature debut in his brother Sam Raimi’s comedy horror-crime film “It’s Murder!”, and then continued his career with the part of Fake Shremp in the horror film “The Evil Dead”, collaborating with Sam on this occasion as well.

The ’80s shaped his career as he appeared in a number of horror films during the decade. Some of the titles include Josh Becker’s “Stryker’s War” (1985), then his brother’s “Evil Dead 2” (1987), while he ended the decade with an appearance in Wes Craven’s horror “Shocker” (1989), which starred Michael Murphy, Mitch Pileggi and John Tesh.

His rising popularity followed him into the ’90s, as he continued to feature in a number of horror films throughout the decade. However, he started the decade with the lead role in the romantic comedy film “Lunatics: A Love Story”, co-starring Deborah Foreman and Bruce Campbell in 1991, and in the same year, he appeared in two episodes of the eponymous TV mystery crime-drama series “Twin Peaks”.

He was pretty busy the following year, as he featured in a number of projects. He started by featuring in Bernard Rose’s horror thriller “Candyman”, starring Virginia Madsen, Xander Berkeley, and Tony Todd, then appeared in Sam’s and Ivan’s collaborative project “Army of Darkness”, followed by Fred Gallo’s thriller “The Finishing Touch”.

From 1993 to 1996, he starred in the Primetime Emmy Award-winning series “SeaQuest 2032”, alongside Jonathan Brandis and Don Franklin, which launched him to international stardom. Concurrently, Ted appeared in other projects, including the Academy Award-nominated action crime-drama film “Clear and Present Danger”, with Harrison Ford, Willem Dafoe and Anne Archer in the lead roles, and then the horror film “Skinner”.

From 1996 to 2001, he featured in the popular TV series “Xena: Warrior Princess” as Joxer/ Harry O’Casey”, and before the ’90s ended, he portrayed Ed Finley in the fantasy horror “Wishmaster”, directed by Robert Kurtzman and starring Tammy Lauren and Andrew Divoff.

He moved away from the horror genre in the early 2000s, but worked with his brother Sam on yet another fantastic project, the sci-fi action-adventure film “Spider-Man”, portraying the character named Hoffman, and starring Tobey Maguire, Kirsten Dunst, and Willem Dafoe.

Ted reprised his role of Hoffman in the sequel “Spider-Man 2” in 2004 and the third installment, “Spider-Man 3” in 2007., while between these appearances, Ted featured in several successful projects, such as the horror mystery-thriller film “The Grudge” (2004), and Bruce Campbell’s fantasy comedy “Man with the Screaming Brain” (2005), then in the  award-winning horror film “Drag me to Hell” (2009), written by Sam and Ivan Raimi and starring Alison Lohman, Justin Long, and Ruth Livier.

The 2010s started rather slowly for this horror genre icon. Ted waited until 2016 for a notable role, when he portrayed Chet Kaminski/ Possessed Henrietta in the award-winning TV fantasy action-comedy series “Ash vs. Evil Dead”.

In 2017, he featured in the horror film “Darkness Rising”, with Tara Holt, Bryce Johnson and Katrina Law in the lead roles. The following year, he played Ian Ullman in the horror mystery series “Deadwax”, and in 2020, he co-starred with Thom Mathews and Matt Fling in the western “Warpath.”

As of early 2022, Ted Raimi’s net worth has been estimated to be around $2 million, earned through his successful career as an actor, during which he has appeared in over 100 film and TV titles.

Ted is very secretive about his personal life, which has of course created a number of speculative rumors about his relationship status, and sexual orientation overall.

According to some sources, he’s married to an unknown girl, while other sources state that he’s single and living a single life.

Back in 2019, he was seen with a woman named Stephanie, who was his girlfriend at the time, but it seems that the two have broken up since then.

However, he hasn’t addressed any of the other rumors, preferring to enjoy life away from media scrutiny.

The prominent actor has short black hair and brown eyes. He stands at a height of 6ft (1.83m), while he weighs approximately 165lbs (75kgs). His vital statistics are unknown, but he has an average figure.

In addition to acting, Ted is a talented musician. He wrote the original song “Joxer the Mighty” for the TV series “Xena: Warrior Princess”, and has performed a number of songs in the TV series.

Moreover, Ted is a writer and has contributed to such projects as “Deathly Spirits”, “Normal Joe”, and “Morbid Minutes”, among others.