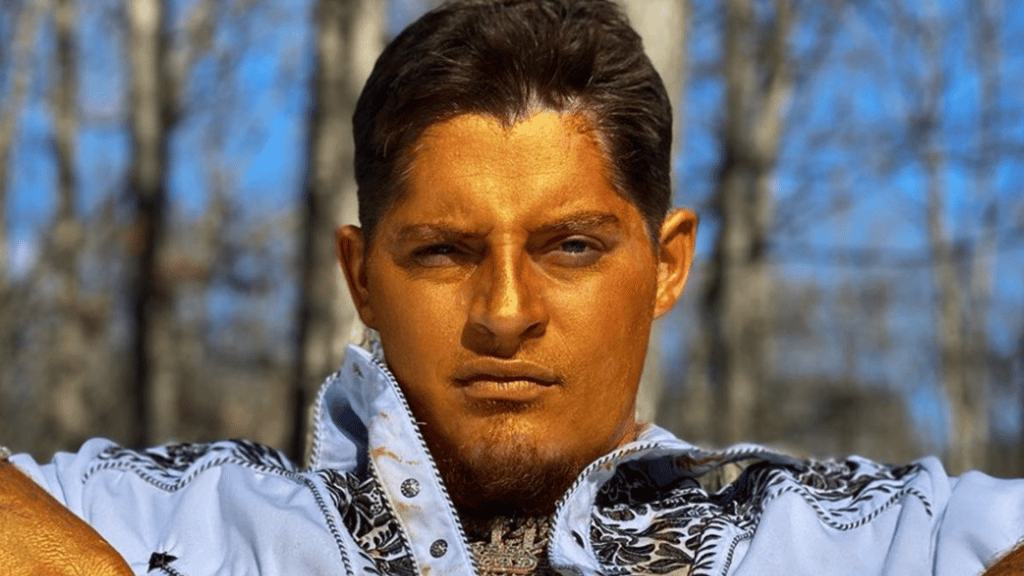 What happened to Ryan Upchurch? Wife, Net Worth, Family

Who is Ryan Upchurch?

Upchurch is an American rapper, songwriter, singer, painter, and comedian, probably known best for his unique country rock/rap style and the catchphrase “Raise hell and ear cornbread”. Some of his popular songs include “Southern Land”, “Hollerboys”, among others.

What Happened to Ryan Upchurch?

Ryan has been focused on his YouTube career recently. He started the “Creek Squad Discussion” show with his friends, and has been working on the Kiely Rodni Case outside police investigation. His videos had controversial connotations, stating that Kiely doesn’t exist, and that it’s some other girl named Callie Ross.

Recently he released his latest song, “Winda Tint”, which already has over 145,000 views on his official YouTube channel.

Good morning y'all. Hope y'all have a great day. Love y'all 🖤 Stay safe out there 🌾

Ryan Edward Upchurch was born on 24 May 1991, in Nashville, Tennessee, USA, the son of Patricia (Patty) Lynn, while there is no information about his biological father. He grew up in Ashland City, Tennessee, with his brother Austen.

Regarding his education, Ryan said that he didn’t finish high school as he wasn’t much interested in academics, and went to work in construction.

Interested in comedy and music, Ryan began uploading comedy videos in 2014 under the Upchurch the Redneck moniker. He would record hanging out with his friends, perform goofy situations, and portray eccentric stereotypical Deep South young men.

He was well received by the public, which encouraged him to continue his practice, however, after several more comedy videos, the public turned against him, and his popularity dropped. So with music always an interest of his, he began making music instead, and in 2015, released his debut extended play (EP), entitled “Cheatham County”, which landed at No. 29 on the US Country chart, and spawned such hits as “Cheatham County”, “Shoot the Moon” and “American Dream”, among others; it was praised particularly for mixing country and rap.

As his popularity increased, he signed a contract with RHEC Entertainment the same year, and in 2016, released his full-length debut album entitled “Heart of America”, working with several high-profile musicians on the album, including Bubba Sparxxx, Struggle Jennings and Luke Combs, among others. The album was very well received, and landed at No. 30 on the US Country chart, while it spawned such hits as “Keep It Country”, “Outlaw”, “Hell Yeah”, and “Shit Bubba”, among others.

Ryan was quite busy in 2016, as he released two other full-length albums, “Chicken Willie” and “Bad Mutha Fucka”, which contained such popular songs as “Hillbilly”, Rolling Stoned”, “Come and Get It”, and “Can’t Fuck with Us”, among others.

After his initial success, Ryan launched his own record label, Redneck Nation, and “Son of the South” was his first album released through the label, which sold 6,000 copies and peaked at No. 2 on the US Top Heatseekers chart. A few months later, Ryan released his fifth album, “King of Dixie”; the album featured 19 songs and sold 14,000 copies.

The follow-up album “Creeker” became the breaking point in his career – it landed at No. 5 on the US Country chart, with 15,800 sales, spawning such hits as “Dirty South”, “Rattlin Chains”, and “How High”, among others.

Upchurch started implementing country rock in his songs, attracting even more fans. New albums followed in 2018 – “The Oven” recorded with Demun Jones, then “Supernatural” which is his best-selling album, with 16,800 copies, and “River Rat”.

He continued to release multiple albums a year – three studio albums in 2019, “Creeker II”, “Parachute”, which is one of his most successful albums as it landed at No. 52 on the US Billboard 200 chart and No. 6 on the US Country chart, and before the year’s end the album “Hooligan”, in collaboration with Adam Calhoun.

After only one album in 2020, “Everlasting Country” and hits such as “Slow Down” and “Whippoorwill”, he returned strongly in 2021 with albums “Hideas: The Album”, “Upchurch Remixed” with DJ Cliffy D, “Same Ol Same Ol”, and “Mud to Gold” which was most popular, spawning such hits as “Mud to Gold”, “Gas”, “My Yard”, and “Don’t Want to Go Home”.

Ryan’s latest album, “People’s Champ” came out on 4 February 2022, landing at No. 101 on US Billboard 200 chart. Although the album didn’t create as much buzz as some of his previous releases, it still included such hit songs as “Severe Storms”, “Vows” – a duet with Jelly Roll – and “Survival”, among others.

Ryan launched his YouTube channel in 2014, and initially uploaded comedy and music. Since then, he’s expanded the content he creates, including video game live streams, then his painting, and daily vlogs.

Since becoming a music star, his popularity has expanded significantly, and he now has close to three million subscribers on his official channel, while his videos have more than 1.6 billion views.

As of mid- 2022, Ryan Upchurch’s net worth has been estimated at $5 million, earned largely through his successful career as a musician, and a YouTuber. He is a car enthusiast, and has a collection of American muscle cars, including Ford Mustang and Dodge Charger, among others.

When it comes to his personal life, Ryan isn’t very vocal about it; however, some information has become available. In 2015 it was revealed that he was in a relationship with Brianna Vanvleet, an American track, and field athlete. The two became engaged in 2016, but their vows fell apart as the two broke up; no official reason was shared for the end of their romance, but it’s believed that Ryan’s busy schedule affected their relationship.

In 2020, he started dating social media star Taylor Eileen Smith; she already had a daughter from one of her previous relationships when they began dating. The couple married in 2021, and Ryan became the stepfather of Taylor’s daughter. Unfortunately, the couple soon broke up, and Taylor is now engaged to a man named Clayton Pettry.

On the other hand, Ryan is reportedly single, and focused on his career.

The famous musician has light brown hair and is known for his various facial hair styles and hazel eyes. He stands at a height of 5ft 9ins (1.75m), while he weighs approximately 176lbs (75kgs). His vital statistics are unknown, though he has an average figure.