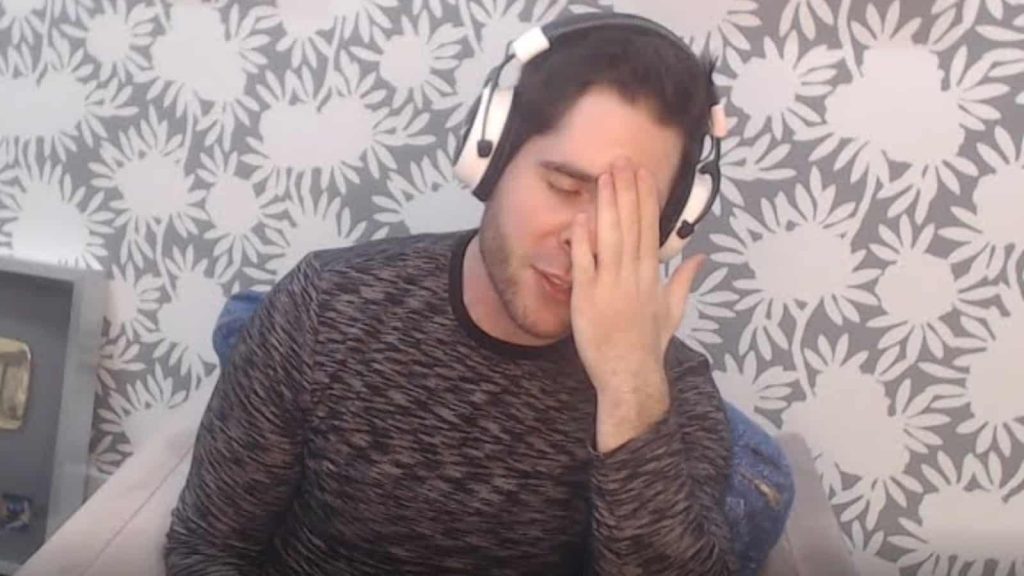 What happened to PopularMMOs? Arrested? Net Worth, Girlfriend

Patrick ‘Pat’ Brown, perhaps known better on the internet as PopularMMOs, was born in Connecticut, USA, on 25 November 1988 – his zodiac sign is Sagittarius, and he holds American nationality. He’s a YouTuber and social media personality, who’s probably known best for his YouTube channel “PopularMMOs”, which he launched on 17 April 2012; it’s today subscribed to by more than 17 million people, and numbers nearly 15 billion views of all his videos combined. He’s mostly focused on uploading videos which feature him playing one of the most popular video games in the world – “Minecraft”.

PopularMMOs was raised in Connecticut by his parents, about whom not a lot is known as he respects their privacy; it’s believed that his mother was a high school teacher, and his father a college professor. Because he hasn’t mentioned having any siblings, most of his fans believe him to be an only child.

He became interested in playing video games at a very early age, but was still quite sporting, and enjoyed spending his spare time outdoors with his peers, either playing basketball and soccer, or going cycling. PopularMMOs studied at a local high school, and was into a couple of activities during his four years there, as he was a member of his school’s drama club, played football and took dancing lessons.

He enrolled at college upon matriculating in 2006, graduating with a Bachelor’s degree in psychology in 2009.

PopularMMOs is mostly popular on YouTube for the videos in which he’s showing off his skills in “Minecraft”, and we’re going to mention three of the most popular amongst these, which have helped him attract numerous subscribers.

His #1 video “Minecraft: MORE TNT MOD (35 TNT EXPLOSIVES AND DYNAMITE!) TOO MUCH TNT Mod Showcase” has been viewed close to 60 million times since 3 October 2013, and features him putting 35 TNTs one onto another in “Minecraft”, and then detonating them.

PopularMMOs’ second most popular video “Minecraft: INSANE EMERALD LUCKY BLOCK RACE – Lucky Block Mod – Modded Mini-Game” has been watched over 40 million times since 26 August 2015, and it features him and his now-former wife competing in an ‘emerald lucky block race’.

The most savage scarf in the world….

PopularMMOs launched his second YouTube channel – “DungeonNoobAdventure” – on 8 June 2012, and it’s today subscribed to by over 16,000 people, while it numbers close to 400,000 views of all his three videos combined; two of these feature him playing the video game “World of Warcraft”, while the third is him playing “Minecraft”.

PopularMMOs’ third YouTube channel “PatVsTheWorld” was launched on 17 January 2013; it’s today subscribed to by more than 30,000 people, and numbers over a million views of all his three videos combined; these feature him taking on Habanero Pepper Challenge, Cinnamon Challenge, and Breath Hold Challenge.

PopularMMOs and his former wife Jen had a YouTube channel “Pat and Jen’s Life”, which they ran together, but after they separated, PopularMMOs continued to run it alone and renamed it to “Pat’s Life”. It was launched back on 9 December 2018, and is today subscribed to by close to 300,000 people, while it numbers over four million views of all its videos combined; most of PopularMMOs’ videos feature him during his everyday life.

PopularMMOs is active on various social media networks, especially Instagram; he’s uploaded over 200 pictures and videos onto the network, most of which feature him during his everyday life, and he’s today followed by close to 750,000 people.

He launched his Twitter account in July 2013, and it’s today followed by only close to 1,500 people, although PopularMMOs has tweeted over 3,200 times.

One can also find PopularMMOs on TikTok; he’s followed by close to 800,000 people, and has amassed over six million likes of all his videos combined.

Thank you so much @PopularMMOS and @GamingWithJen for making Max and Emme's Birthday so much fun!! #minecraftparty pic.twitter.com/ycIoD3vdgh

On 18 May 2021, PopularMMOs’ former wife Jen liked a tweet about him enjoying abusing women; Jen then revealed that the like was an accident, and that PopularMMOs had never abused her. In the same year, he and his new girlfriend known only as Liz were arrested for unknown reasons, while the charges against them were later dropped.

On 20 June 2022, PopularMMOs and his girlfriend were drinking, and got into a fight on their way back home; he ended up sleeping outside, sincehis girlfriend locked the doors. Upon waking up in the morning, PopularMMOs took out a knife and went for the doors; his girlfriend ran outside and found a security guard, which was when and how he was arrested. PopularMMOs was charged with ‘assault with a deadly weapon’.

PopularMMOs met his wife Jen while they were both attending high school, and were volunteering at the same animal shelter. They became engaged in 2014, and married in May 2015, in a private ceremony attended by only the closest of their friends and family members; Jen could’ve often been seen featured in PopularMMOs’ YouTube videos.

It was revealed in March 2019 that the two were divorcing, and would no longer be living together, mostly because Jen wanted to have children, and PopularMMOs didn’t; they also revealed that they would be in an open relationship, being allowed to see other people, and that they would still be making YouTube videos together.

In the first half of 2020, PopularMMOs began dating American girl Eleni, but things quickly went awry between the two.

On 21 September 2020, he exposed his new girlfriend in his YouTube video “Eleni Is A Liar”, claiming that she had been telling lies about him, including that he was making her life worse, and that they weren’t dating – PopularMMOs also explained that he had broken up with her because she was mistreating him.

In the video “Eleni Tried to Control & Manipulate Me…” uploaded on 27 September 2020, PopularMMOs revealed that Eleni had forced him to stop talking and seeing his female friends, and in the video “Is Eleni A GOLD DIGGER?” uploaded on 1 October 2020, he claimed that Eleni was only dating him because of his wealth.

PopularMMOs is physically highly active, and has five to six training sessions at the gym every week, while he’s also following a strict diet; he occasionally shows off his muscles in his Instagram pictures.

He loves to travel, and has been to a couple of US states and European countries, for both work and pleasure; his dream travel destination’s Bali, Indonesia.

PopularMMOs is a huge lover of animals, with cats being his favorites; his pet cat can be seen featured in some of his Instagram pictures.

He’s a huge fan of fast cars, and has a Lamborghini.

PopularMMOs enjoys watching movies late at night – his favorite actors are Vin Diesel, Bruce Willis and Dwayne ‘The Rock’ Johnson, while some of his favorite films are the franchise “Fast and Furious”, “Pulp Fiction” and “Jumanji”.