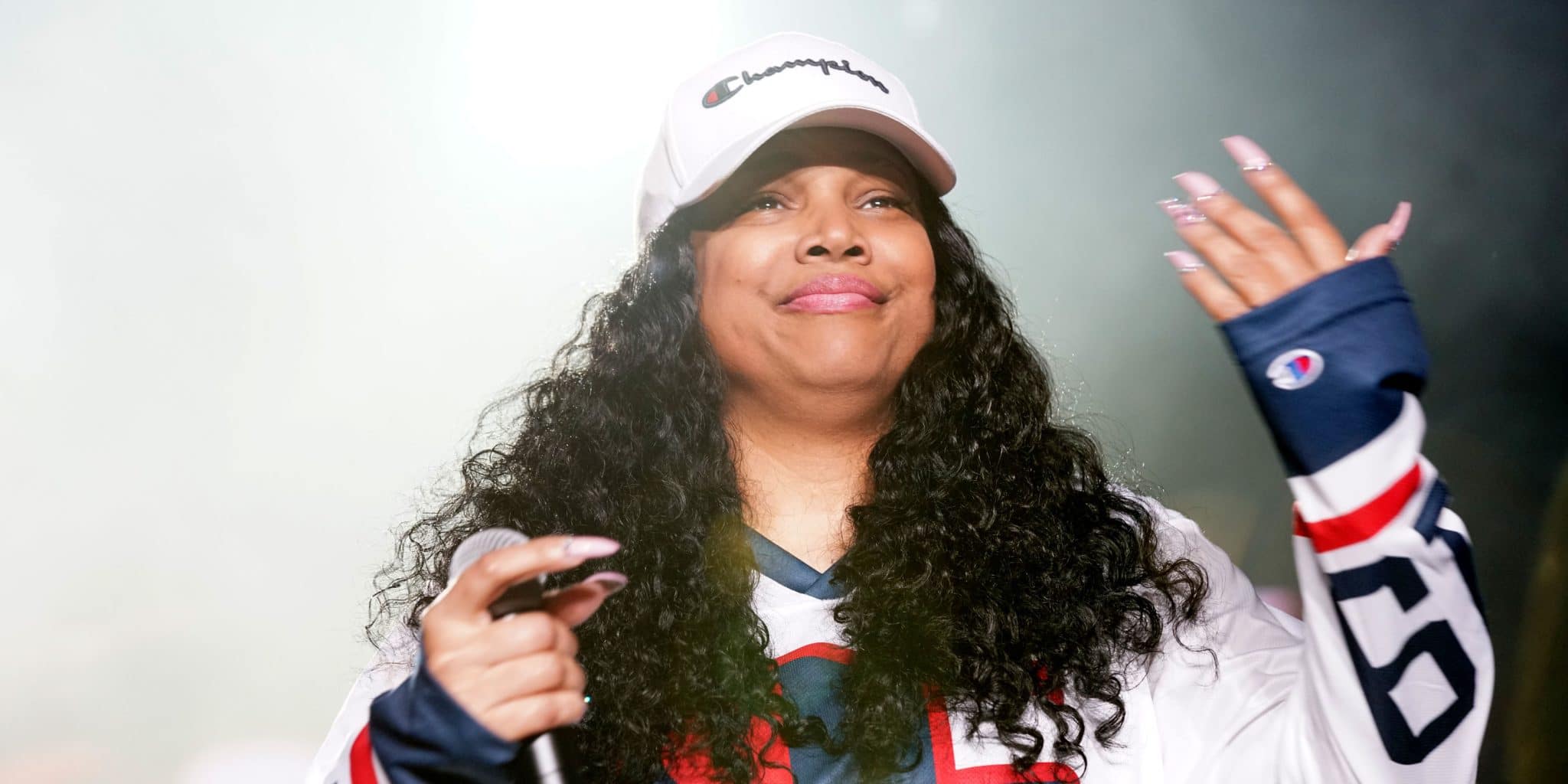 What happened to Monie Love? Tuff, Net Worth, Husband, Kids

Who is Monie Love?

Monie Love is a British rapper, actress, and a radio personality who came to prominence in the late ‘80s and ‘90s with such songs as “Monie in the Middle”, “It’s a Shame (My Sister)”, and “Born 2 B.R.E.E.D.”, among many other accomplishments in her four decades-long career.

What Happened to Monie Love?

Monie is still active in the entertainment industry, but she has found new media outlets outside of music and film, and is now the host of an afternoon urban adult contemporary show at Kiss 104.1 WALR in Atlanta.

Monie Love was born as Simone Antionette Johnson on 2 July 1970, in Battersea, London, England. She’s the daughter of esteemed jazz musician Basil Gooden, while there is no information about her mother. She has a brother, David Angel, who is also a musician.

There is no public information about her educational background.

Interested in music from an early age, this London-born rapper formed her first hip-hop collective at just 17 years old. Together with her childhood friend, MC Mell ‘O’, Sparki, and DJ Pogo, they launched the Jus Badd collective.

Before dissolving, the group released one single, “Freestyle”, after which Monie began making music with DJ Pogo. However, her output was limited to obscure, underground labels, but when DJ Tim Westwood spotted her music, she quickly signed a contract with Westwood’s Justice label.

Unfortunately, several delays affected the release of her debut single, and instead, Monie and DJ Pogo transferred to Cooltempo Records, through which Monie’s first song, “I Can Do This” came out in 1988, and became a UK Top 40 hit the following year.

After her successful solo debut, Monie toured the UK, meeting new and upcoming artists; these included Jungle Brothers, through whom she met Native Tongues Posse, of which she became a member, creating many perks for herself, including a contract with Warner Bros.

Before releasing her debut album, Monie’s second single, “Grandpa’s Party”, became one of her major hits, peaking at No. 16 on the UK chart.

Her full-length debut album “Down to Earth” came out on 30 October 1990 through Warner Bros. Records, and in addition to the preceding two singles, other hit songs included “It’s a Shame”, “Monie in the Middle”, and “Ring My Bell”. Many artists appeared on the album too, including Andy Cox and David Steele of the Fine Young Cannibals, True Image, and Queen Latifah, among others.

She continued rather successfully, first featuring on her brother’s remix of Whitney Houston’s R&B hit “My Name is Not Susan”, while her next song, “Full-Term Love” was recorded for the “Class Act” film soundtrack, and entered the top ten on the Hot Hip-Hop Singles chart, landing on No. 7.

Monie settled in New York City even before her debut album came out, which opened many doors for her, including a number of possibilities for collaboration. As a result, she began working on her second studio album “In a World or 2” with Marley Marl, an American DJ and record producer. He produced the majority of the songs from the album, while she also worked with record producer Aaron ‘Freedom’ Lyles on the song “I’m a Believer”.

Since then, Monie has focused on other interests, but has still released a couple of songs, including “Slice of da Pie” (1997), and most recently “Divine” (2021), featuring Skyzoo & Tuff.

Additionally to singing, Monie is a talented actress; she made her acting debut in 1993 as Vanessa in the comedy mystery-drama film “Who’s the Man?”, which starred Ed Lover, Doctor Dre, and Badja Djola.

In 2004, Monie became the morning drive host on Philadelphia’s WPHI-FM 100.3 station, serving in the position until 11 December 2006, after which she left due to failed contract renewal negotiations.

Since then, she has run her own show on XM Satellite Radio, “Ladies First Radio with Monie Love”, which airs Thursdays at 6PM ET and Sundays at 8 PM ET.

Before joining KISS 104.1 in Atlanta, Monie DJ’ed on Philadelphia’s Boom 107.9 station, and worked with Ed Lover on his morning show for Boom 92 KROI in Houston, Texas.

As of mid- 2022, Monie Love’s net worth has been estimated to be around $3 million, earned through her successful career as a singer, actress, and radio personality.

When it comes to her personal life, Monie hasn’t revealed too much about it. For instance, it’s known that she has four children, but that she’s a single parent, and there’s no specific information about them and their father or fathers.

However, she’s married to rapper Tuff, with whom she has a child. The couple has been together for more than ten years but has encountered problems along the way, which led them to a marriage boot camp to seek help from the show’s host Dr. Ish Major and Judge Lynn Toler.

According to reports, Tuff has cheated on her with eight women, but this hasn’t persuaded Monie to divorce him, as she has sought marriage counseling and looks to revive their marriage.

Tuff blames her for his failed career and claims she should have left him a while ago if his actions had hurt her.

It appears that the couple is still together and working on their relationship.

The prominent singer has black hair and brown eyes. She stands at the height of 5ft 9ins, while her weight and other vital statistics are currently unknown.