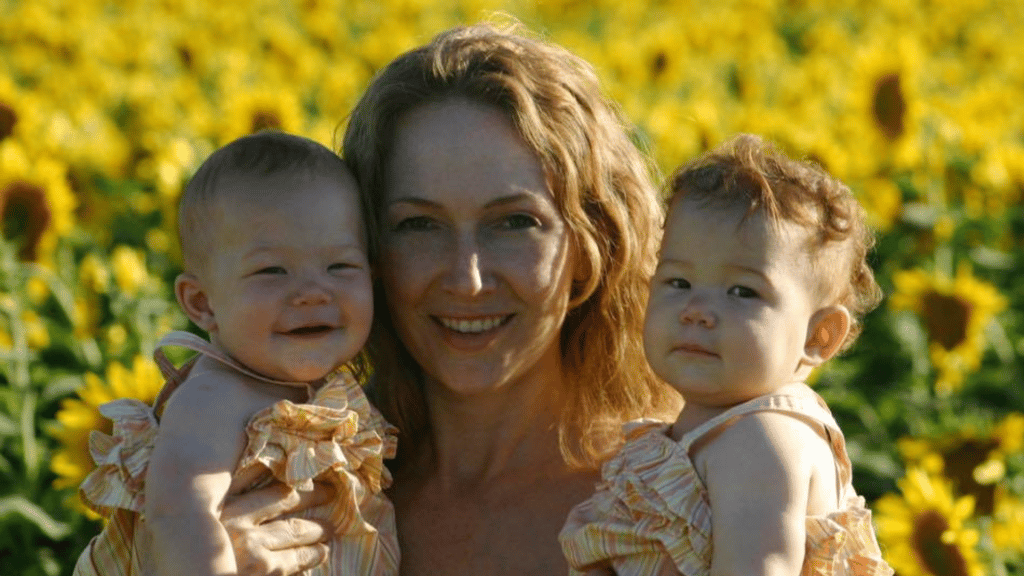 Jean Muggli is an American public personality, but perhaps known best as the ex-wife of the former American football player Michael Strahan. She is currently raising her daughters, and doesn’t seem to be engaging in any other endeavors.

Jean Muggli was born on 3 November 1965, in Carson, North Dakota USA; her parents’ names and occupations remain unknown, as they keep their personal life private, and their daughter seems to be doing the same thing. Jean has a private account on Instagram, and doesn’t talk about her life in interviews either. She hasn’t revealed details about her childhood or education, but she most likely attended a local high school in Carson.

Jean hasn’t pursued a known career in any field. In 1999, she worked as a shop attendant at a spa, and later she was said to be the manager of a beauty store. Since she’s secretive about her life, it’s unknown whether she has any jobs at the moment or not.

Jean Muggli was married to Michael Strahan from 1999 to 2006. The couple started dating in 1999 after meeting at a spa in which Jean was a shop attendant, and Michael would return to the spa frequently just to see her. They started dating shortly after, fell in love, and tied the knot the same year.

In 2004, they welcomed twin daughters: Isabella and Sophia. However, their marriage started breaking apart a year later. In 2005, rumors started circulating that Jean was the victim of domestic violence, and she accused Michael of beating, threatening, and cheating. She claimed that her husband wasn’t taking care of their children. She also accused him of taping her sister while she was undressing.

Michael denied the accusations, and claimed that Jean had withdrawn $3.3 million from his account without consulting him first. They filed for divorce in 2006, and went through ugly court proceedings, with each of them throwing accusations at the other. The court approved their divorce and awarded Jean with $15.3 million, as well as monthly payments of $18,000 in child support.

Jean spent hefty amounts on her daughters, and sometimes justified her own expenses with her children. In 2007, Michael attempted to appeal to the court regarding the expenditures, but the court ordered him to sell his mansion to cover the divorce settlement; they sold the house and split the money in half.

The scandalous relationship between Michael and Jean didn’t end with the settlement. According to Page Six, Muggli went to court once again in 2019, accusing her ex-husband of failing to fulfill the conditions of the settlement. In turn, Michael claimed that Jean was demonstrating abusive behavior towards her daughters, in an attempt to acquire full custody. The court dismissed their claims, and ordered shared custody. Jean and Michael agreed that the girls would live in New York City US with both of them, alternating weeks between each parent.

Who is Michael Strahan?

Michael Strahan is a former American Football player, and a journalist, born on 21 November 1971, in Houston, Texas USA. His professional career officially began when he was chosen as a defensive end for the New York Giants of NFL in 1993. He had a breakthrough year in 1997, when he recorded 14 sacks. He was a professional player for 15 years, and remained loyal to the Giants during all those years. In 2014, Michael was inducted into the Pro Football Hall of Fame, failing to do so the previous year.

In case you missed it, @michaelstrahan stopped by @DrewBarrymoreTV today and we got some REAL reviews of the Michael Strahan Daily Defense ™ skin and shave line! Check it out today at @CVSpharamacy and https://t.co/rfQK01Q90B now 🔥#michaelstrahan #RaiseYourGame pic.twitter.com/nTDsnS3nPH

Jean was allegedly in a relationship with Marianne Ayer in 2020 and 2021. Marianne claimed that Muggli started harassing her after their breakup, accusing her of ‘harassment, forcible touching, grand larceny, coercion, and disorderly conduct.’ She also claimed that Jean was violent to her dog, and abused it by kicking it. To protect herself, Ayer had filed for the court order which prohibited Jean from seeing her. According to Daily Mail UK, in 2021 Muggli showed up at Marianne’s home, which resulted in the former’s arrest for violating the order of protection.

Muggli hasn’t commented on the incident, and remains silent ’til this day. She’s believed to be single at the moment.

Jean Muggli doesn’t share insights into her personal life, but it’s clear that her daughters are her number one priority. She spends time with them in nature and tries to avoid crowded cities. She seems to be trying to stay private at all costs, following her scandalous past.

Jean’s daughter is a model, and has already achieved notable success. In 2022, she made a catwalk debut for the Sherri Hill fashion show, walking with confidence. It’s unclear what the occupation of her sister Sophia is. She took a break from social media in 2021, making a return recently.

As of late-2022, Jean Muggli’s net worth is estimated at close to $15 million, mostly the result of the divorce settlement from her ex-husband Michael Strahan. It’s unknown whether she’s engaged in any financial endeavors or not, and information about her real estate properties hasn’t been revealed to the public. Michael’s net worth is estimated to be close to $65 million.