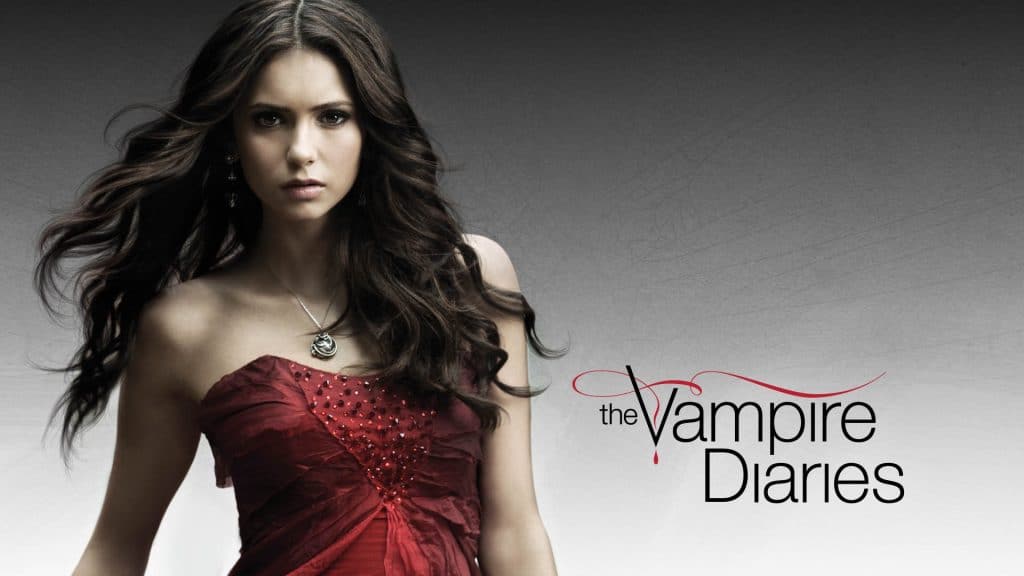 What happened to Elena Gilbert in “The Vampire Diaries”?

What is “The Vampire Diaries”?

“The Vampire Diaries” (TVD) is a young adult vampire fiction series of 13 books written by L.J Smith, Aubrey Clark, and an unknown ghostwriter. The first four books in the series were published between 1991 and 1992, whereas the next offerings were churned out between 2009 and 2014. Despite the novels being popular in their heyday, some readers were disappointed with the last few books, and felt that they were only published to capitalize off the success of its TV adaptation.

“The Vampire Diaries” TV series was developed by Julie Plec and Kevin Williamson, loosely based on L.J Smith’s series. Season one premiered in September 2009 on The CW, attracting the largest audience of any series premiere since the network’s beginnings three years prior. Some of the accolades the supernatural teen drama series has won include several Teen Choice Awards and four People’s Choice Awards.

Nina Dobrev, the lead actress who played Elena Gilbert, confirmed in April 2015 that she wouldn’t be returning to the show for season seven. She recorded a voiceover for the season seven finale and guest starred in it which aired in March 2017. Ultimately, TVD was cancelled due to dwindling ratings after eight seasons and over 170 episodes, but the series’ popularity spawned a media franchise with comic books, spin-off shows such as “The Originals” and “Legacies”, and a web series.

Elena Gilbert is the protagonist of TVD in both the novels and TV series; in the books, she was known as the selfish and popular high school queen bee of Mystic Falls. However, Julie and Kevin chose to take a different direction for the TV series, molding Elena into an affable girl next door – although her character would change drastically with each plot twist brought by new seasons. Elena’s physical appearance also changed in the TV series, as she went from being a blue-eyed blonde to a brown-eyed brunette.

Readers of the novels will know that Elena falls in love with the vampire brothers Stefan and Damon Salvatore. Despite most of her storylines in the TV series revolving around the same theme, the TV Elena is a more three-dimensional character and also revealed to be a Petrova Doppelganger, making her identical to her ancestor Katherine Pierce and a supernatural creature.

Elena’s acting range was well-displayed, as she portrayed the sweet Elena and the conniving Katherine at the same time. In the season four finale, Elena becomes a vampire, and must come to terms with her change and new lifestyle. Nearing the end of season six, she takes the cure to become human again, but in the season six finale Elena is linked to her friend Bonnie’s life by powerful magic and falls into a deep slumber from which she’ll only awake when Bonnie dies. This storyline also helped explain Elena’s disappearance, as she spent most of season seven locked inside the Salvatore tomb.

When it was announced in late 2016 that season eight would be the last season, there were talks of Nina returning in the show’s final episode. The gossip was confirmed in January 2017, and Nina portrayed both Katherine and Elena in the season eight finale.

Elena’s love interests weren’t limited to Damon and Stefan: before season one, she dated Matt Donovan, who had a hard time getting over her when they broke up. She dated Stefan for a time before discovering he was a vampire, and would later develop a connection with his rebellious brother Damon. Stefan and Damon were night and day right down to their diets, with one consuming animal blood, and the other human blood.

After becoming a vampire, Elena becomes sired to Damon and sleeps with him, however, their relationship appears impossible. Stefan, feeling betrayed and heartbroken, lashes out at his brother and ex-girlfriend; despite being un-sired in the season four finale, Elena ultimately chooses Damon, and they share a passionate kiss. Towards the end of season six, the two make plans to become human, tie the knot, and form a family, but Elena is placed in a magical coma by Kai. Surprisingly, Damon remains faithful to Elena during seasons seven and eight, and the season eight finale depicts them as a happily married couple.

The show’s executive producers spent two years planning Elena’s transition into a vampire, whereas in the novels, the change happens in the first book. She was nearly turned in the season two finale, and almost died in season three after a brain hemorrhage. One of the hardest choices she had to make was whether to say goodbye to Damon or Stefan, as it was believed that both would die following the demise of Klaus. Elena said goodbye to Stefan – although both brothers, and Klaus, survived in the end – and was given Damon’s blood to survive the hemorrhage.

After being murdered by Klaus’s sister Rebekah, Elena wakes up as a vampire. Following her transition, Elena received conflicting advice from the Salvatore brothers: Stefan feared that she’d hurt someone, whereas Damon considered it inevitable. The dynamic between the three changed drastically, as Elena discovered she had more in common with Damon than she initially thought.

Damon Salvatore was turned into a vampire by Elena’s ancestor Katherine, 145 years before the show’s first season; his parents are Giuseppe and Lily Salvatore. Cruel but effortlessly charming, Damon was the main antagonist in season one, despite showing compassion from time to time, such as when he apologized to Vicki Donovan after turning her into a vampire.

In season one, Damon confesses to Elena that he came to Mystic Falls to destroy the town but changed ideas. The two are interrupted in the middle of a passionate kiss, and Damon later discovers that he wasn’t talking to Elena, but Katherine. Despite being considered cold and heartless, Damon’s character becomes more complex when it’s revealed that he feels pain, love, and other human emotions.

The second season got off to a bad start for Damon, as he snapped Elena’s brother’s neck in a fit of rage after being told by Katherine and Elena that they love Stefan. Unbeknownst to him, Elena’s brother Jeremy was wearing a ring to reserve any damage done by supernatural forces or creatures. He survives, but Damon’s relationship with Elena has serious consequences. A friend of the group, Bonnie, discovers that Damon’s blood helped their mutual friend Caroline Forbes become a vampire, and also falls out with him.

Damon appears in Elena’s room in one of the later season two episodes to return a vervain necklace that was stolen from her. He confesses his love to Elena, and says that he can’t be selfish with her, and that Stefan deserves her: partly because he knows Elena won’t remember anything he’s said. When Elena awakes, her vervain necklace has been returned to her and there’s nobody in the room, although the windows are open.

Some of Damon’s love interests during the show include Rose, an old friend and fellow vampire with whom he has a meaningless fling. Tragically, Rose is bitten by a werewolf and Damon must put her out of her misery, thus killing one of his only real friends. He also briefly dated Caroline in season one, and had two casual sex scenes with Rebekah.

Stefan Salvatore is Damon’s polar opposite and appears to have a far more simplistic personality than his sibling. Easily manipulated and somewhat innocent, Stefan changes after becoming a vampire, and is revealed to be 162 years old when the TV series begins. Guilt-ridden after killing his father, Stefan switches to an animal blood diet, unlike Damon.

The relationship between Stefan and his brother is complex, as he hopes that Damon can one day be as normal a member of society as possible. His romance with Elena begins in episode one, but he doesn’t reveal he’s a vampire until later on. This led to the relationship briefly ending due to Elena’s shock, and the feeling that she’s been lied to.

Stefan and Damon seem to silently understand that they’re both in love with Elena; as she begins developing feelings for Damon, Stefan feels threatened and is unsure of how to win her attention back. When Klaus, one of the original vampires, is feared dead, Stefan prepares for his demise as part of his bloodline, and Elena chooses to say goodbye to him instead of to Damon. Unfortunately, her feelings for Damon spiral out of control after transitioning, and she ends things with Stefan to be with his brother, causing him to lash out.

Viewers learned of Stefan’s blood addiction in later episodes. As a recently-turned vampire in 1864, Stefan had no self-control and avidly consumed the substance, which was like a drug to him. After a couple of seasons of good behavior, Stefan falls off the wagon and becomes addicted to human blood again, but gets it under control with Elena’s help as she lets him consume small quantities of hers.

Stefan’s addiction returns for the second time in season three after Klaus takes his humanity away. His sociopathic alter-ego, “The Ripper”, comes out, and viewers are equally horrified and fascinated as he wreaks havoc and goes on a killing spree.

Before becoming vampires, Stefan and Damon were best friends and put on a united front, especially in front of their cruel and vindictive father. Everything changed when the two brothers both fell in love with Katherine, and a centuries-long sibling rivalry was reborn. Stefan found out Katherine was a vampire when he was already deeply in love; she compelled him to drink her blood against his will, whereas Damon drank it willingly, so that they could be together forever.

Stefan and Damon were shot by their father in 1864 and transitioned due to having Katherine’s blood in their system. Stefan then accidentally kills his father, and after a heated argument, Damon promises his brother an eternity of misery, jealous that Katherine had turned him too. After years of battling his blood addiction and weak impulses, a vampire named Alexia Branson helps Stefan change his ways and becomes his best friend and companion.

In 1942, Stefan enlists in the Army and fights in World War II. He returns to his hometown of Mystic Falls decades later, and was present during the Gilbert family’s 2009 car accident at Wickery Bridge, where he saw Elena for the first time, and noticing that she was identical to his first love Katherine.

Posted by Ｂａｄᵐᶤᶰᵈヅ on Saturday, September 12, 2020

Nina Kamenova Dobreva – professionally Nina Dobrev – is a Canadian actress born in January 1989, and best-known for her portrayals of Elena Gilbert and Katherine Pierce. Following a tranquil childhood in Toronto, Nina debuted with minor roles in various films, before landing her big break as Mia Jones in “Degrassi: The Next Generation”, that aired from 2006 to 2009.

From 2010 to 2013, Nina and Ian Somerhalder (who plays Damon) made viewers’ fantasies come true when they embarked on a real-life relationship. The covert couple denied the dating rumors for months, or issued obscurely-worded statements until the elephant in the room was too much to ignore, and they had no choice but to admit that they were a thing. Filming for TVD was challenging for both of them after their split, and it’s believed to be one of the reasons why Nina left the series. These days, Ian is married to “Twilight” actress Nikki Reed, whereas Elena has been dating the Olympic snowboarder Shaun White for two years.