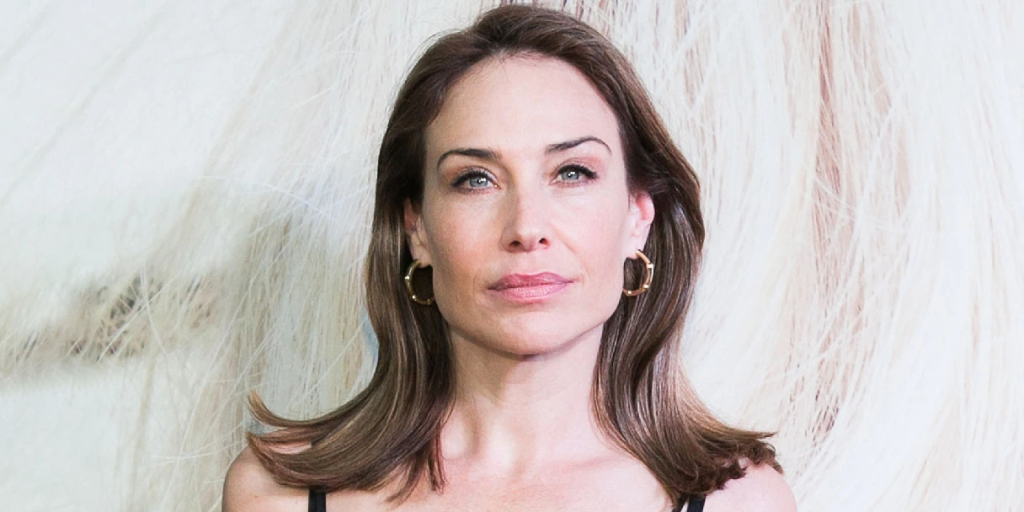 What happened to Claire Forlani? Husband, Net Worth, Height

Who is Claire Forlani?

If you were a fan of the 1998 movie “Meet Joe Black”, you are certainly familiar with the character of Susan Parrish, a girl who falls in love with Joe Black, portrayed by Brad Pitt, and if you ever wanted to know more about the actress who portrayed this character, let us introduce you to Claire Forlani. Claire is an actress with 60 credits to her name, and besides the mentioned role, is perhaps known best for her roles in movies such as “Mystery Men”, “Not Forgotten”, and “Five Feet Apart”, while to the television audience, she is well-known for her roles in series such as “NCIS: Los Angeles”, “Camelot”, and “Hawaii Five-0”. She also worked as a model, and in 2001 was The Face of L’Oreal.

Claire Forlani was born under the zodiac sign of Sagittarius on 17 December 1971, in Twickenham, London, United Kingdom; she holds British nationality although she comes from a family of Italian and English descent. She was raised in Twickenham by her parents, British mother Barbara, and Italian father Pier Luigi Forlani, alongside her brother Christian, about whom little is known since Claire prefers to respect their privacy. Claire developed an interest in performing at an early age, thus at the age of 11, she entered the Arts Educational School in London, where she studied acting and ballet. Upon matriculating in 1989, she didn’t enroll in college but moved with her family to San Francisco, USA, the better to pursue her acting career.

Claire was next cast to play Alicia Brown in “Hawaii Five-0”, and then in 2019, she was seen as Janet in “Departure”, while her most recent television role was her portrayal of Octavia in the series “Domina” in 2021.

Claire made her big-screen debut portraying Katarina in the 1992 movie “Gypsy Eyes”, followed by her role in the comedy movie “Police Academy: Mission to Moscow” in 1994, while in the following years, she was seen starring in “Mallrats” (1995), “Basquiat” (1996), “The Last Time I Committed Suicide” (1997), “Basil” (1998), and the same year was cast to play one of her most notable roles, as Susan Parrish in “Meet Joe Black”, which in 1999 brought her the Academy of Science Fiction, Fantasy & Horror Films, USA Saturn Award for Best Supporting Actress.

The early 2000s saw Claire in “Magicians”, “Antitrust” and “Triggermen”, while in 2005, she was cast to play Isabella in “Shadows in the Sun”, also starring Giancarlo Giannini and Harvey Keitel, followed by her role as Verity in “Hallam Foe” in 2007. Two years later, she portrayed Christine Pearson in “Shannon’s Rainbow”, and she was next seen starring in “Love’s Kitchen” (2011), “Scruples” (2012), “Another Me” (2013), and then, in 2016, Claire was cast to play Karen in “Precious Cargo” opposite Bruce Willis and Mark-Paul Gosselaar, followed by roles in the 2018 movies “Inferno: Skyscraper Escape” and “Head Full of Honey”. Claire’s most recent movie roles have been in “An Affair to Die For” and “Five Feet Apart” in 2019, and “Black Beauty” in 2020.

Fans of this talented actress will be happy to hear that she will be seen starring in two new movies, entitled “Salvation” and “Twilight of the Mallrats”, which are currently in post-production, however, the release dates haven’t been revealed yet.

There have been various rumors concerning both Claire’s love life and her sexual orientation; she’s been romantically linked to various men from the movie industry, while it’s known that back in 1995, she dated Puerto Rican actor Benicio Del Toro, then from 1997 until 1998, Claire dated Brad Pitt. It was rumored about her having an encounter with American actor John Cusack, although the two didn’t confirm this gossip, but it’s known that Claire was dating famous American actor Keanu Reeves back in 2004.

Sometime in 2006, Claire met her future husband, Dougray Scott, also an actor, perhaps known best for his roles in the movies “Mission: Impossible 2”, “Hitman” and “Ever After”. The two met through a mutual friend, soon started dating, and in the same year e they engaged. Claire and Dougray married on 8 June 2007, in a private ceremony in Italy, with the banquet held at her father’s family country home in Pievebovigliana, Italy. Dougray Scott was born on 25 November 1965, which makes him 56, in Glenrothes, Fife, Scotland, thus he holds British nationality. Before his marriage to Claire, he was married once, and his ex-wife is Sarah Trevis, a casting director, with whom he has twins, a daughter Eden, and a son Gabriel, who live with their mother.

As of May 2022, Claire and Dougray are still together and are raising their adopted son, Milo, who was born on 27 December 2014.

What happened to Claire Forlani?

In October 2017, in her interview for The Hollywood Reporter, Claire spoke about her encounters with Harvey Weinstein, a former film producer and convicted sex offender, who is currently serving a 23 year-long sentence after he was found guilty of molesting more than a dozen women, who accused him of sexual harassment, assault and raping. Claire said about him: ‘I had two Peninsula Hotel meetings in the evening with Harvey. and all I remember was I ducked, dived and ultimately got out of there’, adding that she was supposed to participate in his Ronan Farrow’s expose in New Yorker, however, she decided not to, and ultimately regretted doing so. ‘Today I sit here feeling some shame, like I’m not a woman supporting other women.

I just read Mira Sorvino’s article in Time and she writes of how scared she was to speak out and participate. I take little solace in that’-she added. Claire said although nothing happened to her with Harvey Weinstein, she escaped five times, saying that he suggested her a massage, and that she had three dinners with him remembering how he told her about all the actresses who slept with him and what he had done to them, adding that she was really angry at that moment, but she handled the situation.

Claire’s age is 49, she has long, brown hair, and her trademark is her piercing blue eyes; she weighs around 115lbs (52kgs) and is 5ft 4ins (1.65m) tall, with vital statistics of 33-24-34. According to sources, as of May 2022, her net worth has been estimated at over $7 million, most of her income earned starring in numerous movies and series.