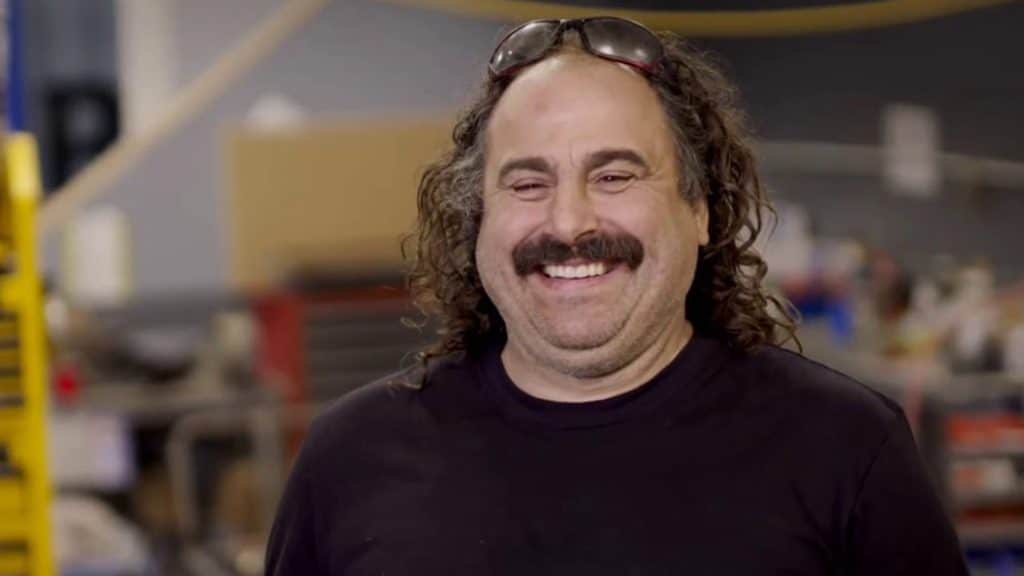 What happened to Avery Shoaf from “Rust Valley Restorers”?

Following the release of the last episode of the fourth season, on 14 April 2022, “Rust Valley Restorers” fans became anxious to find out more about the fifth installment, and one of the main questions is, of course, will Avery be there? After all, he’s the practical joker of the trio, as well as the omniscient muscle car whiz – the show wouldn’t be the same without him.

Get to know the hilarious Avery Shoaf from #RustValleyRestorers. Don't miss an all new episode Thursday at 10EP. pic.twitter.com/Hl4t1dlOrR

The series that rocked the world

The idea behind “Rust Valley Restorers” is to find cars from sometimes up to eight decades back, in partial or complete disrepair, and make them shine and drive even better than the year they were made. Some of the show’s excitement value comes from just how impossible it seems to restore some of the vehicles that Avery and the cast work on, while another part of it is derived from the fresh appearance of the finished rigs, combining Cold War era models with contemporary car upgrades.

The original creator of the series is Mike Hall, an automotive expert and former construction worker. He spent decades helping create buildings and houses, but over the course of his career, a lot of the proceeds would go towards his greatest passion – fixing barely usable or apparently completely unusable cars. As explained by hotcars.com, Hall pursued this endeavor for many years, until finally deciding to create an entire show out of it, building restoration premises out of his own pocket. The shop was ready in 2018, and so the show launched near the end of that year.

The way that Avery got to be in “Rust Valley Restorers” as well is thanks to his connection to Mike’s son, Connor. Shoaf initially had his own company that offered repairs of all sorts of heavy equipment, where the younger Hall was employed for a while. Mike and Avery met through Connor in 2004, and have been best friends ever since. Naturally, when Hall started up the saga, he had both his son and best friend join in on the adventure. Avery’s own son, Shafin, took part in 12 out of 39 episodes of the show as well.

Unlike most automotive restoration TV shows across the globe, “Rust Valley Restorers” epitomizes a true story done right, being one of the only ride-focused series with noticeable recognition by the critics. Shoaf’s legacy was given five awards throughout its current duration, with five other nominations, thanks most of all to the relatable yet unique demeanor of the cast.

The show won the Leo Award in four categories in 2020, most prominently for the Best Information, Lifestyle or Reality Program or Series, which it won again in 2022, being nominated in four more categories that year.

An exclusive meeting with Avery

History Canada went further than the TV screen itself to familiarize the audience with the cast of the show, releasing multiple videos on several topics and restorers on their YouTube channel. One of the two most important such clips is, of course, the “RUST VALLEY RESTORERS | Meet Avery” video, which garnered over 100,000 views and 1,000 likes.

On that note, one important thing to clarify regarding Avery is that his highly excitable demeanor often mixes with a brutally honest social approach, resulting in reactions of great variety. This makes for great television, but also tends to add polarity and strain to Shoaf’s relationships, as not everyone’s always feeling like being the target of his jokes.

Some of the things that the video doesn’t mention are Avery’s origins and professional background. He was born in Shuswap, British Columbia, Canada, allegedly at some point in the 1960’s. While he always had a passion for vehicles, especially muscle cars, he never really made them his profession until the launch of Hall’s project. Before that, he ran Tappen Business – his own start-up which focused on fixing and sometimes completely rebuilding heavy equipment, generally the type used in construction and drilling. Naturally, he’s very well versed in engines, and the greatest expert in that field of the whole cast.

Avery opened his statement by saying that the thing he and Mike both have in common is that they both like to eat. ‘The second thing is, we like junk, we like odd looking vehicles, we like neat stuff, we like rust. We just get along.’ Apparently, what he values most in a friendship is simply ‘Tolerance.’, which he exclaimed with an elongated giggle. His perfect day would be to ‘Go for a stroll through an uncharted junkyard that we haven’t been to. That’s probably my favorite thing to do. It’s kind of like a treasure hunt without going on a treasure hunt.’

We’ve got some secrets to share on Wednesday, October 2! Want to be the first of your friends to find out? Sign up for our newsletter at rustwear.ca.

Of course, the most common theme of the show is precisely what Avery is describing – the lead duo scouting various junkyards in search for an epic former hot rod to restore, and sell at a massive profit. On junkyards, he said ‘You just never know what you’re gonna see, you get to go down memory lane a bunch of times looking at old stuff. And you think to yourself, ‘You know what? If I died today, I’d be happy about it.’ That’s your perfect day.’ As one would guess looking at Avery’s career, he’s not just daydreaming about his idea of a perfect day, but saying ‘I’ve had a couple of those. Obviously I didn’t die ‘cause I’m still here.’

Shoaf also found it necessary to touch on the aforementioned effects of his character on others, saying ‘Majority of the time, somebody’s opinion of me, I couldn’t really give two rat’s asses about it. I don’t have to answer to anybody, and the people that I do have to answer to usually have a fairly good opinion of me.’ Lastly, perhaps as a word of advice to the fans and his future colleagues, or maybe even to himself, Avery stated ‘You know, it’s really hard sometimes not to judge a book by its cover. We all do it.’

The clashing of titans

While Avery and Mike are indeed best friends, and rarely anything ever gets in the way of their bond, they do have differing opinions on how the work should proceed, with most any car. They never really had a massive argument that resulted in a falling out, but there have certainly been energetic discussions on how best to proceed. Of course, with Mike being the actual creator of the concept that launched the show, in general Avery’s ideas end up getting the short end of the stick.

This would cause the audience to sometimes be disappointed, as the majority would prefer the rejected design. In an attempt to get around this issue and please all the viewers, the crew and production team of the show promised fans that both of the legendary restorers would have as much creative freedom as they require in the seasons to come. Hence, work was started on Avery’s own repair shop, called Wild Man Restorations.

Moving into his own lane

Along with announcing the launch of Wild Man Restorations, Shoaf also excitedly informed the audience of his brand new website on TikTok, with which the viewers seem a lot more engaged than on YouTube, giving him almost 8,000 likes and exclusively positive comments. He also teased the sale of his branded merchandise and even his own upcoming show, entitled “Avery Shoaf Show,” or “A.S.S.” for short, as displayed on the cover image.

The show was teased on Avery’s YouTube channel, earning more than 10,000 views. The concept is that of a talk show, in which he interviews various stars from “Rust Valley Restorers,” and potentially other celebrities from the automotive industry. Of course, the first guest is Mike Hall, who appears to share various interesting details about his life, which the fans never had the opportunity to learn otherwise.

While the teaser was released on 30 January 2022 with the promise of ‘Coming Soon,’ even the first episode is yet to come. There haven’t been almost any updates from Avery across social media, concerning the continuation of the web series. Fans suspect that he’s currently busy with the fifth season of “Rust Valley Restorers,” and that the release of Shoaf’s own show is delayed for that reason, in which case it can be expected to come out by the end of the year.

On Avery’s website the fans can find a short description of his career, his social media links, and a few items for sale that would be of great interest to his audience. These include six t-shirts themed with Avery’s show or most frequent quotes, such as ‘Close enough.’ and ‘Better than new.’ There are also Shoaf-themed socks for sale, and even a mustache face mask for anyone who wishes to be his lookalike. Lastly, a three-second recording of his iconic laughter is up for grabs as well.

As is the case with most any TV series, there are certain misconceptions surrounding Mike Hall’s show, and a few details that fans are generally unaware of. In spite of the general implication that cars are restored primarily out of love, the earnings made per vehicle are crucial to keeping up the morale of the crew, and sustaining the business. While they perform this work out of passion, losing money to do so causes significant stress to the restorers.

Mike realized this the hard way, when, for example, the quoted price for the 1963 Continental convertible that they worked hard on reached only $17,000, while restoration costs went as high as $50,000. Sometimes this stress is offset by scripted events that help along the show’s popularity.

Around 10% of what takes place on the screen is known to be scripted for greater dramatic effect, though many high-tension moments are in fact real. For example, Mike is generally an honest person who doesn’t hide his feelings, so the infrequent angry outbursts he has in the shop are as real as they get. His son often seems to be the target of these diatribes, though not even the camera crew is completely safe from them.

Finally, some will be intrigued to know that Mike is intent on selling his entire car lot, encompassing more than 400 vehicles, for just under $1.5 million. A lot of these cars were gathered there even before the first season of the show, as Hall has spent most of his adult life buying them.

Avery Shoaf will be back soon

In spite of the social media silence witnessed across all his profiles, the engine connoisseur will almost undoubtedly return to the screen, most likely in early 2023. According to fedregsadvisor.com, the filming of the fifth season of “Rust Valley Restorers” is well underway, likely bringing the fans an Avery Shoaf with absolute creative freedom.

If everything goes well and Wild Man Restorations is fully up and running in season five, viewers will finally be able to see ideas from both of the show’s legends come to fruition, instead of always potentially regretting the other design being scrapped. Of course, this innovation will come with challenges of its own, such as the distribution of resources and workforce across two shops instead of one, bringing just as much of a dramatic predisposition as before.

There is also a chance that the fifth season won’t happen due to the fourth performing not as admirably as the producers intended it to, but this is yet to be clarified in an official statement. Fans remain as hopeful as ever in October 2022; seasons three and four both started in February, of 2021 and 2022, which would suggest another four months of waiting until the fate of the show is determined.