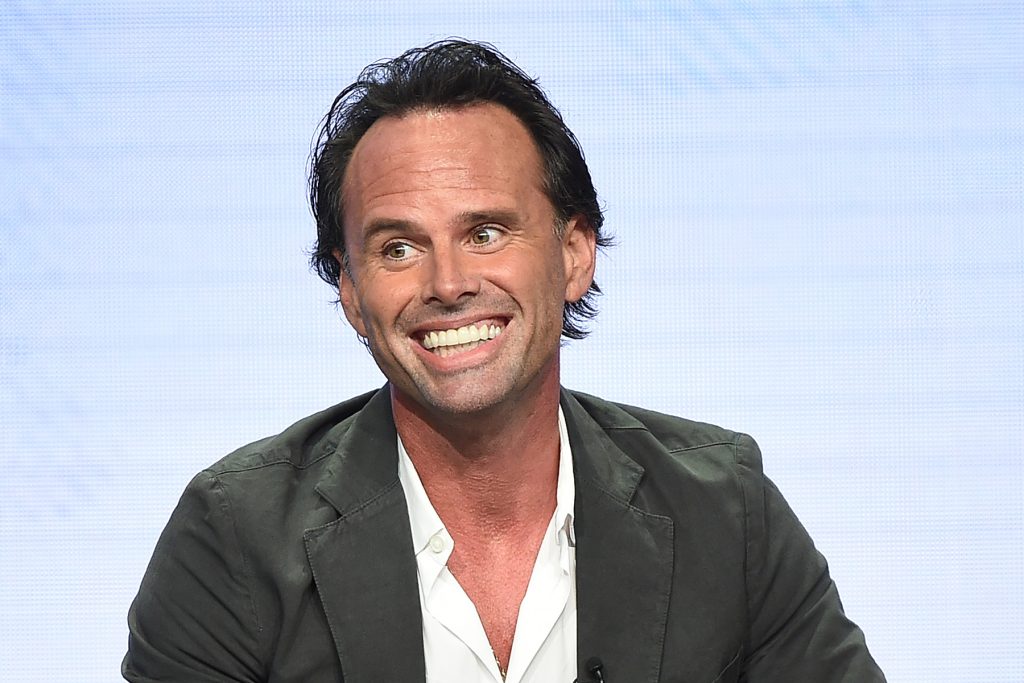 Who is Walton Goggins?

Walton Sanders Goggins Jr. was born in Birmingham, Alabama USA, on 10 November 1971 – his zodiac sign is Scorpio, and he holds American nationality. He’s an actor and film producer, with close to 100 credits to his name, while he’s probably known best for his portrayal of Boyd Crowder in the action crime series “Justified”. It was created by Graham Yost, starred Timothy Olyphant, Nick Searcy and Joelle Carter, and follows US Marshall Raylan Givens who’s moved from Miami to a coal mining town in Kentucky; the series aired from 2010 to 2015 and won 13 awards, including two Primetime Emmys, while it was nominated for 76 other awards.

Walton was raised alongside his sister Sandy in Lithia Springs, Georgia by their father Walton Sanders Goggins Sr. and mother Janet Long; not a lot is known about Walton’s family, as he respects their privacy.

He became interested in acting while attending Lithia Springs High School, appearing in many plays performed at the school; Walton was also highly sporting during his teenage years, and played football for the school team.

Upon matriculating in 1990, Walton wanted to pursue acting straight away, but was convinced by his parents to pursue a college degree; he thus enrolled at Georgia Southern University, but quit after a single year there.

Walton made his debut TV series appearance in the 1989 episodes “Missing” and “Crackdown” of the hit mystery crime drama “In the Heat of the Night”, and the following years saw him appear in an episode or two of various series, such as the romantic drama “Beverly Hills, 90210”, the drama “I’ll Fly Away”, and the biographical romantic mini-series “Queen”.

Between 2002 and 2008, Walton starred as Shane Vendrell in the crime thriller drama “The Shield”, created by Shawn Ryan, and which also starred Michael Chiklis and Michael Jace. The series follows the lives of corrupt police officers working in Los Angeles, and it won 16 awards, including a Primetime Emmy for Outstanding Lead Actor in a Drama Series (Michael Chiklis), while it was nominated for 61 other awards.

Walton was then invited to make guest appearances in an episode of the mystery crime dramas “Criminal Minds” and “CSI: Miami”, and in 2012, he played the supporting character Ed in the drama “Vanessa & Jan”.

In 2016 and 2017, Walton played the lead character Lee Russell in all the 18 episodes of the comedy “Vice Principals”, created by Jody Hill, and which also starred Danny McBride and Sheaun McKinney. It tells the story of a father who’s vying to become the principal at his children’s school, and the series won two of the eight awards for which it was nominated.

We sat down with Walton Goggins recently to talk about his career, Vice Principals, and his love for Danny McBride. https://trib.al/R0eWLB6

Walton made his debut film appearance in the 1990 crime drama “Murder in Mississippi”, while a couple of his following roles were in the crime drama “Stay the Night”, the comedy drama “Mr. Saturday Night”, and the romantic science fiction drama “Forever Young”, all released in 1992.

He gained recognition in 1997, with his portrayal of Sam in the drama “The Apostle”, written and directed by Robert Duvall, who also starred in it alongside Todd Allen and Paul Bagget. It follows a preacher who’s moved from Texas to Louisiana and has begun preaching on the radio; the movie won 13 of the 22 awards for which it was nominated, including an Oscar nomination for Best Actor in a Leading Role (Robert Duvall).

Some of Walton’s most notable performances in the 2000s were in the 2002 action mystery thriller “The Bourne Identity”, the 2006 romantic crime drama “The Architect”. and the 2007 crime comedy “Randy and the Mob”.

He played Billy Crash in the critically acclaimed 2012 western drama “Django Unchained”, written and directed by Quentin Tarantino, and which starred Jamie Foxx, Christoph Waltz and Leonardo DiCaprio. It tells the story of a freed slave who’s trying to save his wife from a plantation owner, helped by a German bounty hunter; the movie won 60 awards, including two Oscars for Best Performance by an Actor in a Supporting Role (Christoph Waltz) and Best Writing, Original Screenplay, while it was nominated for 158 other awards.

Three of Walton’s most recent film roles have been in the romantic drama “Words on Bathroom Walls” and the action adventure comedy “Fatman” both in 2020, and the 2021 animated adventure comedy “Spirit Untamed” (voice role).

Walton has eight producing credits, including the 2001 short comedy movie “The Accountant”, the 2004 crime film “Chrystal”, and the 2007 crime comedy movie “Randy and the Mob”.

He’s received special thanks for six movies, including the 2006 short drama “Argo”, the 2010 short documentary “Evolution of the Species: Predators Reborn” and the 2017 short western “The Good Time Girls”.

Walton sang three songs in three episodes of the series “The Righteous Gemstones” in 2019 and 2022.

Walton’s won eight of the 38 awards for which he’s been nominated, including a 2011 Primetime Emmy nomination for Outstanding Supporting Actor in a Drama Series, for his performance in “Justified”.

Some of his wins include a 2015 Hollywood Film Award for Ensemble of the Year and a 2017 CinEuphoria Award for Best Ensemble – International Competition, both for his and his colleagues’ performance in “The Hateful Eight”, and he won a 2018 Broadcast Film Critics Association Choice Award for Best Supporting Actor in a Comedy Series for “Vice Principals”.

Walton’s more or less secretive when it comes to sharing the details of his love life with his fans, but it’s still widely known that he’s married twice. He first married Leanne Kaun in 2001; she was a Canadian businesswoman, and the owner of her own dog-walking company in Laurel Canyon, California. Leanne committed suicide on 12 November 2004.

As of July 2022, Walton’s married to his second wife Nadia Conners, and has a son with her.

One of Walton’s hobbies is running his Instagram account; he’s today followed by close to 250,000 people, while he’s uploaded nearly 800 pictures onto the network. He’s passionate about photography, and many of his Instagram pictures have been taken by him; Walton became interested in photography when he travelled across India, to document what he saw there.

He’s a philanthropist, and has worked with many non-profit humanitarian and environmental organizations.

Walton likes to read books in his spare time – his favorite author is Osho, while a couple of his favorite books include “Tarot Zen”, “Love, Freedom and Aloneness” and “The Book of Secrets”.

He likes to watch movies in his spare time, and some of his favorite actors and actresses are Will Smith, Natalie Portman and Scarlett Johansson, while a couple of his favorite films are “Independence Day”, “I Am Legend” and “Leon: The Professional”.