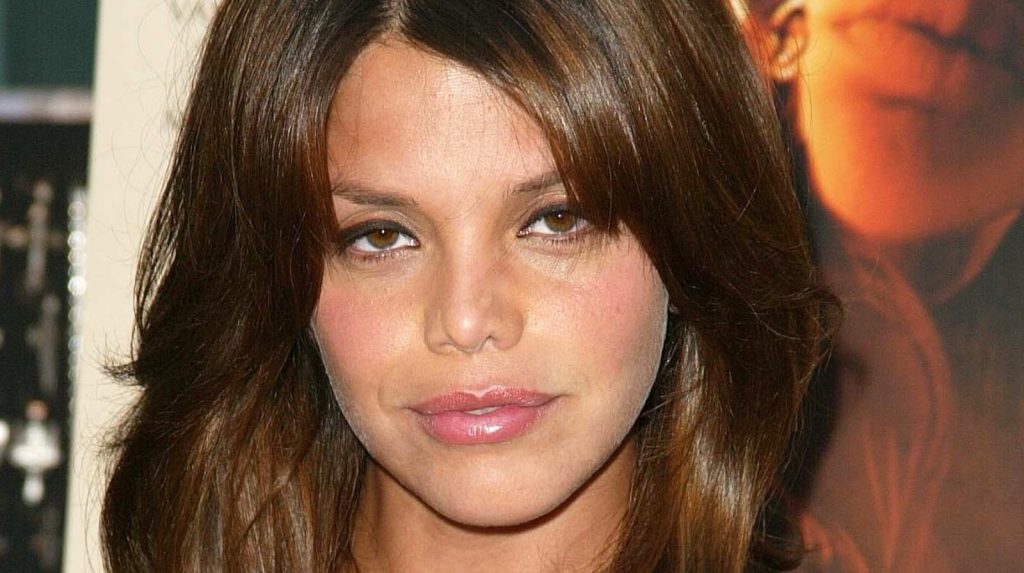 Who is Vanessa Ferlito?

If you were a fan of the series “NCIS: New Orleans”, you are certainly familiar with the character Tammy Gregorio, one of the special agents, portrayed by Vanessa Ferlito. This talented actress immediately caught the eye of the audience, and fans of the series wanted to know more about her.

If you are one of them, let us tell you all about Vanessa’s life and work; besides the aforementioned role, Vanessa has 30 acting credits to her name, perhaps known best for her roles in “Wall Street: Money Never Sleeps”, “Graceland” and “Grindhouse” among others.

Vanessa Ferlito was born under the zodiac sign of Capricorn on 28 December 1977, in Brooklyn, New York City USA, thus she holds American nationality, and comes from a family of Italian descent.

She was raised in her hometown, by her mother and stepfather, about whom little is known except that they owned a hair salon in Brooklyn. Her biological father died of a heroin overdose when she was just two years old; she has no siblings.

Speaking of Vanessa’s educational background, she attended a local high school, and upon matriculating in 1995, she didn’t enroll in college but pursued her dream of becoming a successful actress.

Vanessa made her acting debut portraying Jordan Nash in the 2002 movie “On-Line”, and in the same year made an appearance as Lindsay Jamison in “25th Hour”. She followed with her role as Lizette Sanchez in “Undefeated” in 2003, which brought her a nomination for the Image Award for Outstanding Actress in a TV Movie, Mini-Series, or Dramatic Special.

In 2004, she was seen as Louise in the Oscar-awarded (Best Achievement in Visual Effects)    “Spider-Man 2”, written by Stan Lee and Steve Ditko, also starring Toby Maguire, Alfred Molina and Kristen Dunst, and then she was cast to play Gina in “The Tollbooth”, followed by her roles as Heather in “Man of the House”, and as Vicki in “Shadowboxer” both in 2005.

In the following year, she was cast to play Georgia Fields in the TV movie “Drift”, followed by her role as Butterfly in “Grindhouse” in 2007. Next, she was seen as Bodega Girl in “Descent”, and as Arlene in “Death Proof”, also starring Kurt Russel, Rosario Dawson, and Zoe Bell, written and directed by Quentin Tarantino, before her role as Roxanna Rodriguez in “Nothing Like the Holidays” in 2008.

In 2010, she played one of her most notable roles as Audrey, in the popular drama “Wall Street: Money Never Sleeps”, also starring Shia LeBeouf, Carey Mulligan, and Michael Douglas. In the following year, she was cast to play Angela Stone in the TV movie “Cooper and Stone”, followed by her role as Sylvia in “Stand Up Guys” in 2012.

Next, she made an appearance as Franki in the 2015 movie “All Mistakes Buried”, followed by her roles as George Fayne in the TV movie “Drew” (2016), and she was then seen as Cookie in 2019’s “Duke”, also starring Carmine Giovinazzo, Lesley-Ann Brandt and Hank Harris, which was her most recent movie role.

Vanessa made her first television appearance as Tina Francesco in a recurring role in “The Sopranos” from 2001 until 2004, and concurrently guest-starred as Tina Montoya in the popular television series “Law and Order” (2003). She was also cast to play Claudia Hernandez, one of her notable television roles, in the action drama “24”, also starring Kiefer Sutherland, Carlos Bernard and Mary Lynn Rajskub (2003-2004).

In 2004, she was seen in an episode of the popular series “CSI: Miami”, concurrently with this role she was cast to play Aiden Burn in “CSI: NY” (2004-2006), also starring Carmine Giovinazzo, Gary Sinise, and Hill Harper. After almost a decade in big screen films, she was next seen as Agent Catherine Charlie DeMarco in “Graceland” from 2013 until 2015, and concurrently made an appearance as Charlie DeMarco in “Graceland Insider” in 2014.

Our #WCW Vanessa Ferlito is a total badass… and beautiful, to boot! #NCISNOLA https://t.co/JmBlvIRUh6

From 2016 until 2021, she starred in her most popular television role to date, as Tammy Gregorio in the action drama “NCIS: New Orleans”, created by Gary Glasberg, also starring Scott Bakula, CCH Pounder and Rob Kerkovich, which is her most recent television role.

Vanessa’s fans will be happy to hear that she’s finished the filming of her newest series “Griselda” which is set to be released in late 2022.

There have been various rumors concerning both Vanessa’s love life and her sexual orientation. It’s widely known that she was in a relationship with Quentin Tarantino, a two times Oscar- awarded American movie director, screenwriter and actor, perhaps known best for sterling performances in “Pulp Fiction”, “Reservoir Dogs” and “From Dusk ‘til Dawn”.

The two met on the set of the movie “Death Proof” in 2007, and rumors about Quentin and Vanessa began soon after the movie was released, however, the two kept silent about their relationship, only publicizing their love story in 2014 when they were seen together for the first time, kissing after an intimate dinner they had in a New York restaurants. Although they didn’t confirm for how long they dated, it seems that their love came to end that year.

Vanessa is a single mother – he has a son named Venice, who was born in September 2007, but she’s kept the identity of the child’s father a secret. Some rumors were saying that Quentin Tarantino might be the father of the boy, however, neither Quentin nor Vanessa have confirmed these assumptions. So the name of Venice’s father, to date, is still a mystery.

As of August 2022, it seems that Vanessa is single, she hasn’t been married or engaged, and she has one child.

According to sources, as of August 2022, her net worth has been estimated at $6 million, per month she earns around $85,000, and her yearly income with all sponsorships and her acting career, is approximately $1.5 million.