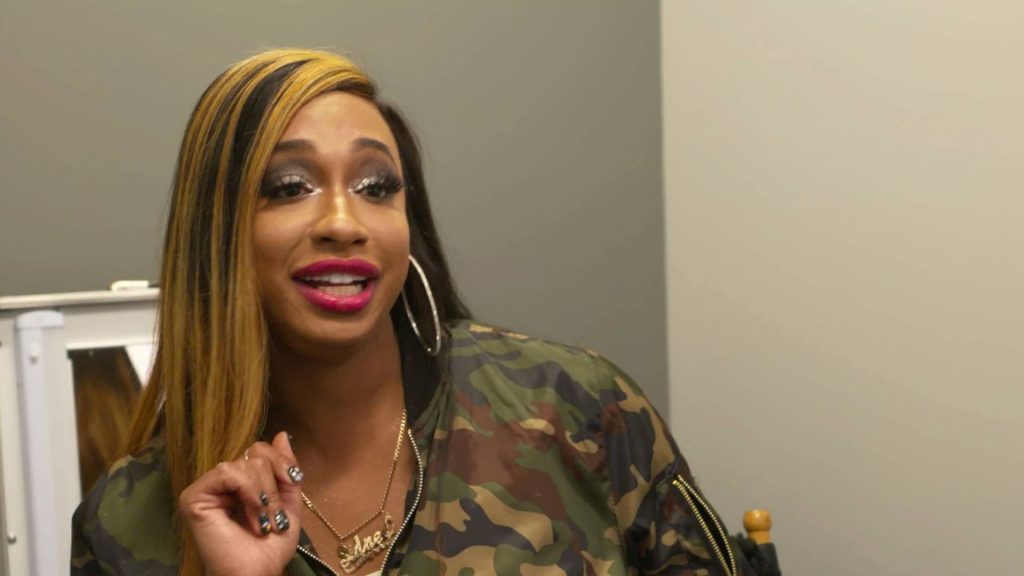 Who is Sydney Starr?

A transgender rapper, social media star, YouTuber, and a model, Sydney Starr rose to prominence after appearing in the reality TV series “Love and Hip Hop: New York” in 2018. However, her name came into the limelight long before she was seen in the series.

Back in 2012, she claimed that she was in a romantic relationship with rapper Chingy, which he denied. In 2010, she was a backup dancer in one of his performances, and they met behind the scene, talked a little bit, and took a picture together. Two years later, she said that they were together – she wanted to become famous, and telling people that she was Chingy’s girlfriend was her chance to rise to fame.

Sidney Starr defends her freestyle in this week's Check Yourself! Does sis have bars? | LHHNY: CYS 906

After Chingy shared that he lost a record deal because of this story, of him being with a transgender, Sidney admitted that she lied, and apologized. Among other things, she said: ‘I want to give a huge apology to Chingy for anything I caused to throw dirt on your name I was wrong. I want to say I was wrong 100,000 times and I want to get it off my chest.’

Sydney Starr was born under the zodiac sign of Aquarius on 5 February 1989, in Chicago, Illinois USA; she holds American nationality and her ethnicity is African-American. She hasn’t shared her birth name, but it’s known that she was born a male.

Sydney hasn’t spoken about her parents and any siblings, so nothing is known about them. However, she’s spoken about her childhood, saying that when she was five years old, she realized that she was a woman trapped in a male body.

When she was a teenager, and her face, breasts and back changed, Sydney began working on her physical appearance, becoming a woman completely at the age of 23, after surgeries that she had.

Speaking of her educational background, she attended Bogan High School, and upon matriculating in 2007, she didn’t enroll in college, but after her surgeries were done, she launched her modeling and dancing career.

As mentioned, Sydney was a back-up dancer; some reports say that she was also working as a go-go dancer and stripper in nightclubs. In 2008, she launched her YouTube channel, entitled “Transgender Diva”, which has been followed by over 20,000 people, however, it seems that the channel is now defunct.

Sydney made an appearance on the talk show “Maury” in 2011, where she spoke about her life as a transgender person, and then in the following year, her name was all over the internet and tabloids, after she spoke about being hooked up with the famous rapper.

In 2015, she was seen in “Atlanta Plastic”, followed by her appearance in “Girlfriends and Champagne” (2016), a talk show which discusses controversial topics, such as police brutality, single parenting, transgender discrimination, and many more.

Before Sydney was seen in “Love and Hip Hop: New York” during 2018 and 2019, she made her acting debut portraying Dallas in an episode of the series “Star” in 2017.

Although she represents herself as a rapper, to date there are no releases relating to her music career.

There have been various rumors concerning both Sydney’s love life and her sexual orientation, especially after she revealed that she’s a transgender person. However, it seems that she prefers men, and except for the false rumor about her relationship with Chingy, she’s actually dated some celebrities.

According to reports, she was dating music producer Rich Dollaz, and Oblock Montanna, a musician. She was also romantically linked with famous rapper Chase God Swag – they were even talking about an engagement, however, after some time, they separated.

In 2021, rumors started about Sydney and Darius McCrary, an American actor, rapper, and singer, who is perhaps known best for his role as Eddie Winslow in the series “Family Matters”. The video of the two of them kissing went viral, and after Sydney posted photos on her Instagram account featuring the two of them, people assumed that they are dating.

They both denied these assumptions, and Sydney wrote in the caption of one of their joint photos: ‘A black heterosexual male actor who’s standing aside a controversial transgender woman like myself…We are great friends and this is a powerful movement we have made to let this be a lesson to the WORLD that we are all human!’

As of August 2022, Sydney seems to be single, she hasn’t been married or engaged, and doesn’t have children.

Sydney launched her self-titled YouTube channel on 29 February 2020, and it ‘s today subscribed to by over 1,500 people, and all of her videos combined have gained nearly 150,000 views. Her most watched video “Sidney Starr my Bad Girls Club journey!” posted on 21 November 2020, has been viewed over 30,000 times.

Sydney managed to become one of the most popular TV-reality stars, and according to her, she’s fulfilled her dream to become famous. Thanks to her appearances on television, and her modeling career, she has earned a decent amount of wealth. According to sources, as of August 2022, her net worth has been estimated at over $1 million.