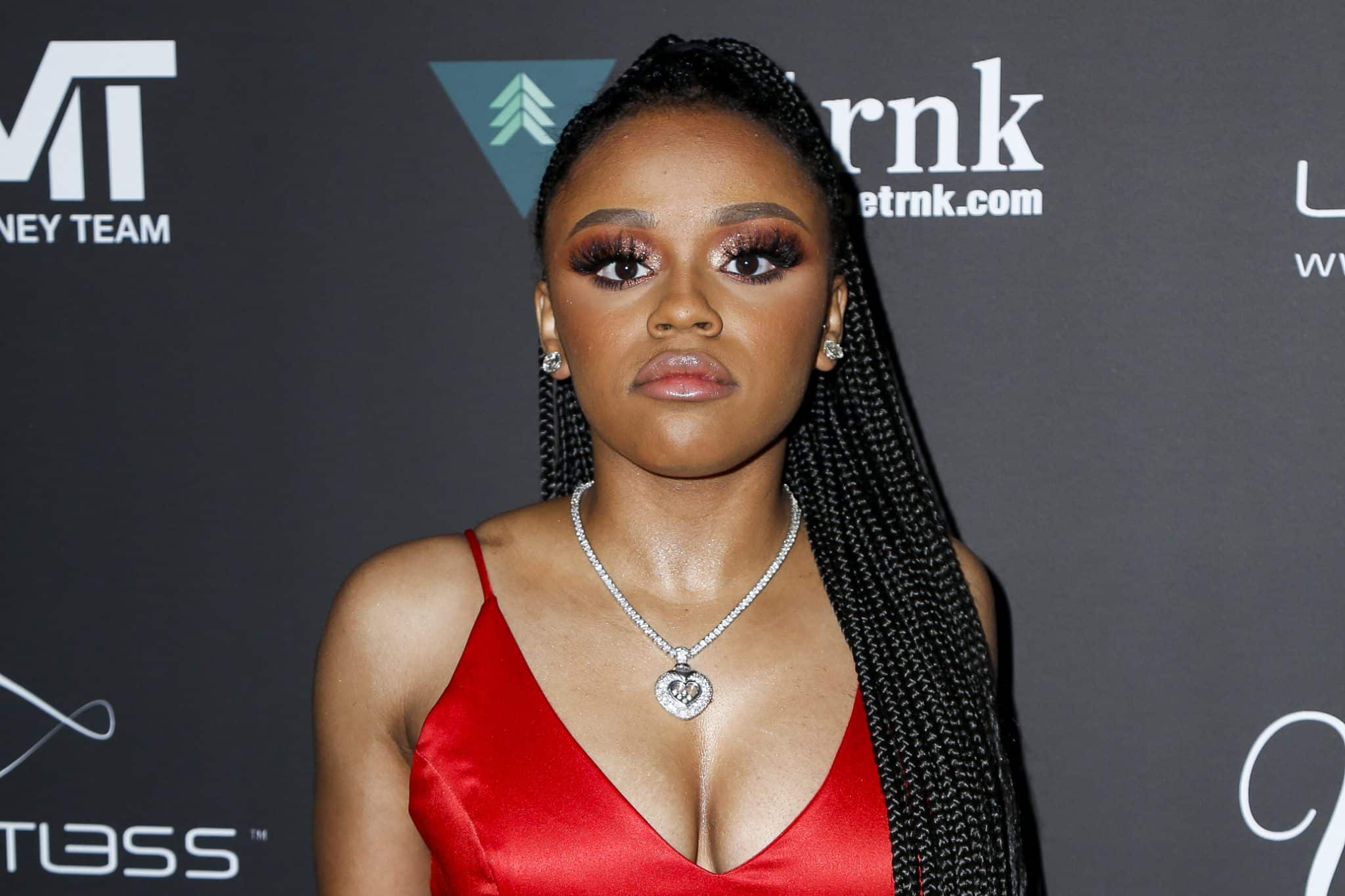 Who is Iyanna Mayweather?

Iyanna is an American social media star and rapper, but possibly best known to the world for being the daughter of the former professional boxer Floyd Mayweather Jr.

Iyanna Mayweather was born on 20 May 2000 in Nevada, Las Vegas, USA. The daughter of Melissa Brim, she has an older half-brother, Devion Cromwell, from her mother’s previous relationship, and three half-siblings on her father’s side, Zion Shamaree, Jirah, and Koraun, whose mother is Mayweather’s ex-girlfriend, Josie Harris, who is a reality TV star.

The young star obtained her high school diploma in 2018 but hasn’t shared which school she attended.

Floyd and Melissa met in the early ’90s. Iyanna’s mother was just 16 years old and working at the Rio Hotel and Casino when the two lovebirds met. Her friend introduced her to a man who presented himself as Shaheed and asked for her number – he called her the next day and said that his real name was Floyd Mayweather Jr.

The two started dating, with Melissa on seventh heaven as Floyd showered her with expensive gifts, clothing, make-up, and jewelry. Unfortunately, problems started brewing in their romance, and the two got into an on-again-off-again relationship. However, Melissa still became pregnant with Iyanna and gave birth to her in 2000. For the next five years, Floyd didn’t see Iyanna, as her parents weren’t on good terms.

However, Floyd gave their romance another go because of Iyanna, and with Melissa began co-parenting, with Floyd supporting Melissa financially. He bought a house for his daughter’s mother ,and gifted her one of his cars, and in 2009 helped Melissa establish her own boutique shop in Las Vegas, which she named Devanna Love Boutique.

Their romance lasted until 2012, when they cut all ties, with a rather hostile outcome. Iyanna’s mother claimed that Floyd had verbally abused her, and assaulted her physically on several occasions, including one time in front of their daughter.

After Melissa reported him to the authorities, Floyd spent two days under house arrest.

Despite falling out with his daughter’s mother, Floyd continued his father-daughter relationship with Iyanna. She enjoyed being spoiled by her father, with Floyd buying her expensive gifts, including a luxury Mercedes G-class car and an 8-carat’ Canary PRISTINE’ ring, apparently valued at $5 million. Her birthday parties included performances from such stars as Justin Bieber, Drake, and Future, among others.

Iyanna is a rapper, but has so far released just one song, “Oh Okay Remix” in 2018, which now has more than two million views on YouTube. She’s used the moniker Moneyyaya for her social media outlets and her music career.

She has amassed around 1.5 million followers on her official Instagram page, and has collaborated with several fashion brands, including AquaBae swimsuits, EatSleepPosh, and others.

According to reports, as of late 2022, Iyanna Mayweather’s net worth is estimated at close to $10 million.

Iyanna and the famous rapper’s romance dates back to 2018. However, from the very beginning it was a rocky one, to say the least. In March of the following year, Iyanna slashed tires on the NBA Youngboy’s car as the flawed duo had a heated argument. Later the same year, the famed rapper made a diss track aimed at Floyd Mayweather’s daughter, entitled “Dirty Iyanna” a play on Michael Jackson’s hit “Dirty Diana”, in which he described her past actions.

Still, the couple got back together in 2020, after which she became pregnant with their son, Kentrell Gaulden Jr., born on 9 January 2021.

In April 2020, Iyanna had an altercation with one of YoungBoy’s children’s mother, Lapattra Jacobs, who was at YoungBoy’s house for a few days, living there without Iyanna’s knowledge, while she was in a relationship with the said rapper. Once Lapattra came down the stairs, and Iyanna saw her, an altercation arose. Iyanna said that it was Jacobs who first attacked her by pulling her hair and throwing her outside of the house. The duo then ran to the kitchen, where the whole incident continued.

Iyanna told Jacobs that she was YoungBoy’s fiancée and that she should leave the house. However, Lapattra returned the same measure, saying that Iyanna was the one who should go.

Iyanna grabbed two knives, and after Jacobs came at her, she charged with one blade and inflicted several non-life-threatening wounds to her arm. Police arrested her, while Jacobs was taken to hospital as the emergency medical technicians arrived.

Iyanna pleaded guilty, and is now awaiting her sentence, though it’s reported that she’ll receive six years of probation, and 80 hours of community service.

However, she isn’t off the hook yet, as Lapattra has sued Mayweather for damages, including physical pain and mental anguish from the attack, plus an undisclosed amount of money.

Floyd Joy Sinclair was born on 24 February 1977, in Grand Rapids, Michigan, the son of Floyd Mayweather Sr. and Deborah Sinclair.

Born into a family of boxers, which included his father, a former welterweight contender, Jeff Mayweather and Roger Mayweather, who won two world championships, Floyd turned to this noble sport from an early age.

He had a tough time growing up, as he lived with his mother, a drug addict, but he kept himself off the streets and drugs by going to the gym.

He dropped out of Ottawa Hills High School to focus entirely on sports. He had his first professional bout at 19 years and 230 days old, on 11 October 199 against Roberto Apodaca. He fought professionally until 2017, raking up 50 undefeated matches, winning a total of 15 major world championships in several categories, including WBC super featherweight, WBC lightweight, IBF welterweight, WBA super welterweight, WBC light middleweight twice, and WBA super light middleweight, among others.

He gained massive popularity, which earned him the most lucrative pay-per-view deals throughout his career. Floyd even defeated the UFC star Connor McGregor in a bout that reputedly earned him more than $300 million.

Floyd is a businessman, in addition to his prolific career as a boxer. He owns a team in the NASCAR Cup Series, The Money Team Racing, and has launched his own boxing promotional firm, Mayweather Promotions.

According to reports, Floyd Mayweather’s net worth is estimated at $550 million, as of late 2022.