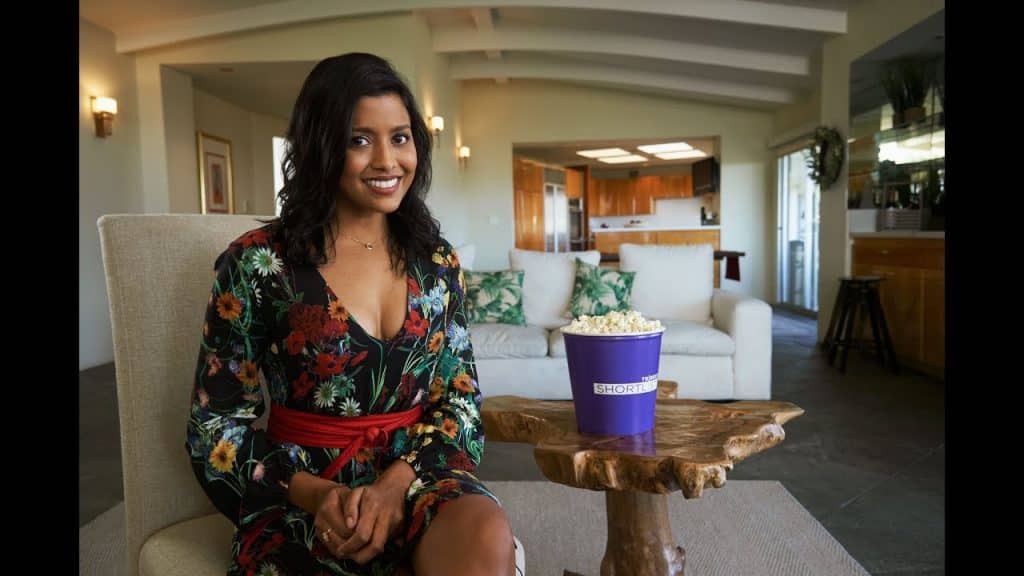 American actress Tiya Sircar is probably best known for her prominent role in the comedy television series “The Good Place,” in which she portrayed Vicky, the real Eleanor Shellstrop mistakenly sent to hell in the place of another Eleanor Shellstrop. The actress also played roles in “Alex, Inc.,” “The Internship,” and “17 Again” making herself a household name in the acting world. Sircar is a supporter of numerous groups that protect the environment, and an advocate for the humane treatment of animals.

She is a talented dancer who is skilled in a variety of dance genres, including jazz, ballet, modern and classical. From age three, she’s been pursuing the art form in her own ways. Her interests in the arts have always been vigorous. Sircar was inspired to pursue her love for dancing by her mother, who is also a dancer. Unfortunately, the young girl experienced prejudice-based rejections, much like other hopeful female brown actresses, Sircar later acknowledging that white actors frequently beat her in auditions. However, her starring role in “Alex Inc.” was written without any stereotyping, whole production including several cues from Indian culture.

The talented actress Tiya Sircar was born on 16 May 1982, in Arlington, Texas, USA. She’s American by nationality, however, of Indian ethnicity, and follows the Hindu religion. Tiya’s parents are Summit Sircar and Arpana Majumdar, and Sircar grew up in an academically-driven environment as Arpana worked as a college professor, and Summit Sircar is a former college professor. She has an elder sister named Priya Sircar.

She frequently took the stage in plays at her school and developed her acting proficiency with the drama club at her high school and a neighborhood community theater. After matriculating in 2000, she enrolled at the University of Texas, Austin, where she earned two Bachelor’s degrees in theatre and dance, and business and marketing in 2004. Sircar discovered an immense interest in acting, and after graduating, she drove to Los Angeles to pursue an acting career, initially in musical theater in addition to dance, which eventually sparked her interest in acting.

The now 40-year-old actress has worked in television for most of her Hollywood career. Sircar launched her acting career in the 2005 short film “Heavenly Beauties,” appearing as an Indian dancer. She continued with a sequence of one-episode cameos in shows such as “Acceptable.TV,” “House,” “Hannah Montana” as Natasha, and “Moonlight.” She then appeared in episodes of shows including “Terminator: The Sarah Connor Chronicles” as Zoey, “Numb3rs” as Shaza Rafiq, “Privileged” as Precious, “Phineas and Ferb” as Mishti’s voice, “Make It or Break It” as Morgan Webster, and “Better with You.” As Emma.

Sircar made brief but recurring cameos in the television series’ “Greek,” “The Suite Life on Deck,” “The Vampire Diaries,” “Witches of East End,” and “The Crazy Ones.” She portrayed “Cecily” in the short video “The Rock Paper Scissors Show” in 2008, and she also played a “Mac Genius” in a national advertising campaign for “Apple Inc.” Alongside Melissa Ordway and Kat Graham, she played the character “Samantha” in the comedy film “17 Again” in 2009, in which, she woos Zac Efron’s character, Mike.

After portraying “Becca” in the 2009 comedy film “Just Peck”, she appeared as Piper Sperling in the 2012 murder thriller “Breaking the Girls,” starring Madeline Zima and Agnes Bruckner. In the comedy film “The Internship,” she portrayed “Neha Patel,” a nerdy enthusiast of kink, and “Mohea” in “The Lost Medallion: The Adventures of Billy Stone.” In the animated family film “Walking with Dinosaurs,” one of the key characters named Juniper also has her voice. On 24, March 2014, Sircar secured a contract to appear in the CBS pilot “How I Met Your Dad,” a spin-off from “How I Met Your Mother”; unfortunately, the project wasn’t approved by the channel.

Sircar made a cameo appearance in the 2016 reality TV series “Hell’s Kitchen,” then portrayed Vicky, a Bad Place demon, in the first 14 seasons of the NBC fantasy sitcom “The Good Place,” which ran from 2016 to 2020. Concurrently, she portrayed “Whitney Kennison” in the 2018 television film “Christmas Lost and Found”, and acted as “Jennifer Clarke” in the 2019 TV movie “Christmas 9 TO 5.” After that, she performed as the primary character of a teenage reporter named Kate Bradley in the 2019 “Netflix” original film “Good Sam,” which was based on the book of the same title by Dete Meserve. The new action-thriller series “The Fugitive” starred Sircar as “Pitti,” revealed in November 2019, broadcast on the Quibi short-form mobile video platform.

Five awards had Sircar on the shortlist, but she’s only received one, for “Miss India America” a Special Jury Prize in 2015 for Best Actress – Narrative Feature. She and her co-workers were nominated in 2015, and 2018 for a Behind the Voice Actors (BTVA) Award for Best Vocal Ensemble in a Television Series for “Star Wars: Rebels” and Sircar received a separate nomination for Best Female Lead Vocal Performance in Television Series – Action/Drama. “The Good Place” earned her and the cast a nomination for a Gold Derby TV Award in 2018.

I may never get over this. Someone please send halp.

In the science-fiction animated television series “Star Wars Rebels” on Disney XD, Sircar was the voice of “Sabine Wren,” a fictional “Mandalorian” bomb expert and graffiti artist – this was her first significant television role, with 64 episodes from 2014 to 2018. In the “Star Wars Forces of Destiny” YouTube spin-off series, and later in the video game ‘Disney Infinity 3.0,’ she returned to the role for six episodes. Her independent film comedy “Miss India America” earned the best narrative feature prize at the 2015 Los Angeles Asian Pacific Film Festival; the Behind the Voice Actors Award nomination for her voice work on “Star Wars Rebels” was received.

As a guest celebrity editor for the online beauty magazine “Beauty Blitz” in the summer of 2009, Sircar made her debut in the fashion world, contracted to write about her preferred styles and cosmetics. She additionally supported eco-friendly methods and goods in the fashion sector, such as animal-friendly labels, eco-friendly spas, and organic beauty products.

When it comes to personal life, Tara is very much secretive. Online speculations suggest that Sircar may be dating Zach Braff, the well-known actor with whom she co-starred in the television series “Alex, Inc.” They seemed so close in the show, so their fans assume there might be a relationship between the two in real life.  In the show, they were married and had a daughter. Both of them have disputed these reports saying that they are merely close friends. Sircar is single, has never been married, nor given birth. She hasn’t mentioned anyone she might be dating right now.

The actress has a vast interest in language; aside from English, being of Indian ancestry she speaks Bengali with ease, and can also speak some French, Italian and Spanish. It is not known how fluent she is in these languages, but it is still highly remarkable as it opens up many doors for her with great opportunities.

Sircar is a dog lover and has two dogs as her pets.

Tom Cruise, Penelope Cruz, and Shahrukh Khan are her favorite actors, and some of her favorite films include “Vanilla Sky,” “My Name Is Khan,” and “Everybody Knows.”

The actress has always taken multicultural roles that don’t hem her in by using her Indian heritage. She tried to improve her skills and didn’t bind her to a stereotypical Indian ancestry.

If Sircar wasn’t into acting, she might be an engineer. Once she said, ‘If I didn’t love acting, I would love to work at Google… if they’d have me. They have the coolest perks a workplace can have.’

The beautiful actress has long black hair and black eyes. She is 5ft 3ins (1.60m) tall, weighs around 128 lbs (58 kgs), with vital statistics of 34-26-35, and wears bra size 34B. As to her clothing style, Sircar prefers simple looks, often wearing jeans and tank tops. She also wears Indian outfits occasionally.

Tiya Sircar mainly earns from the entertainment industry, voice-over and acting. She also earns money from commercial advertisements, business initiatives, and brand promotions. Her net worth is reported to be almost $2 million. The talented actress still has an active career, so her net worth is expected to increase in the upcoming years.