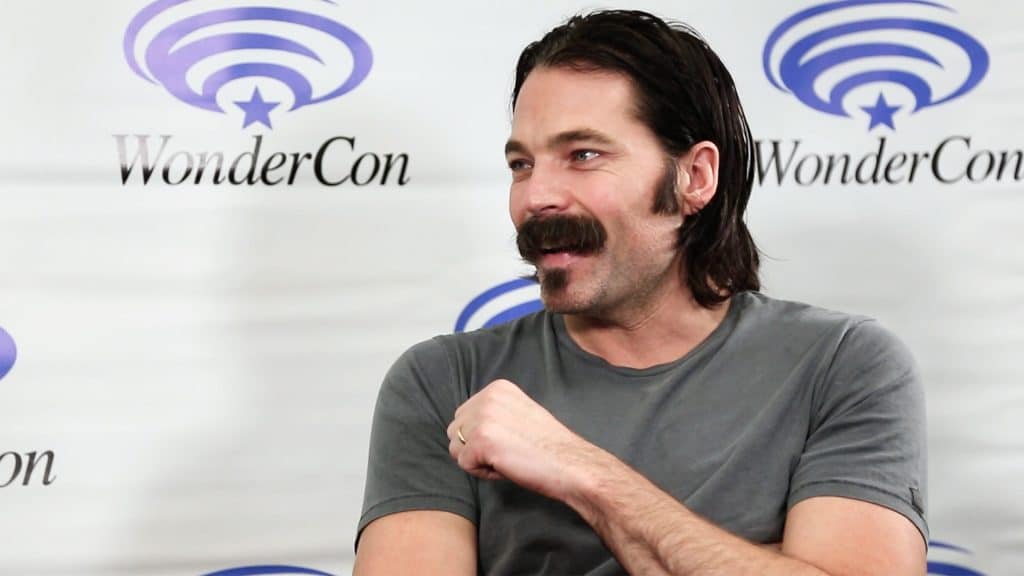 Who is Tim Rozon?

Canadian actor Timothy James ‘Tim’ Rozon was born in Montreal, Quebec, Canada, on 4 June 1976 under the zodiac sign of Gemini. He’s appeared in more than 50 movies and TV series, while he’s probably best known for his portrayal of Doc Holliday in the action fantasy series “Wynonna Earp”, in which he starred alongside Melanie Scrofano and Dominique Provost-Chalkley. It follows a young woman as she’s battling supernatural creatures, the series aired from 2016 to 2021, and won 18 of its 57 award nominations.

American businessman James Rozon and his American homemaker wife raised their son Tim in Montreal; he hasn’t shared many details about his family with the public, and hasn’t disclosed if he has any siblings.

He was attending a local high school when he became interested in acting; Tim was 15 when his drama teacher convinced him to appear in a school play, and he instantly fell in love with acting.

Throughout his childhood, Tim appeared in more than 20 school and theatre plays; he matriculated in 1994, and then began attending a college in the US, from which he graduated with a Bachelor’s degree in 1998.

Tim’s debut film appearance was in the 2000 romantic drama “The Great Gatsby”, directed by Robert Markowitz, and based on the F. Scott Fitzgerald’s eponymous book – it starred Mira Sorvino, Toby Stephens and Paul Rudd, and follows the life of stockbroker Nick Carraway. The movie was nominated for an Online Film & Television Association Award for Best Costume Design in a Motion Picture or Miniseries.

The year 2011 saw him play the main character Alex Caine in the action crime drama “Befriend and Betray”, directed by Ken Girotti, and which also starred Byron Mann and Tom Jackson. It follows Alex Caine who’s helping the police break the most powerful of criminal organizations – and the film was nominated for a Canadian Screen Award for Best Performance by an Actor in a Leading Role in a Dramatic Program or Mini-Series (Tim).

He could then have been seen playing Christian Locke in the 2013 drama “Long Gone Day”, as well as heard voicing Poutulik in the 2013 animated family adventure “The Legend of Sarila”.

In 2016, Tim played Graydon in the thriller drama “Crossfire”, directed by Claude Desrosiers, and in which he starred alongside Roxanne McKee and Steve Lund. It follows Samantha Harrison who’s just returned to the US after having served with the National Guard in Iraq, and the film was nominated for a Canadian Screen Award for Best Original Music Score for a Program.

Three of Tim’s most recent film roles have been in the 2019 romantic drama “Christmas Town”, the 2022 family drama “Dakota”, and the 2022 romantic thriller “Beginner’s Luck”; he’s currently shooting for the upcoming movies “A Christmas in Switzerland”, “Terror Train” and “Merry Swissmas”.

Tim’s debut TV series role was his portrayal of Charles in the 2004 episode “Game, Set-up, Match” of the comedy “Naked Josh”, and the following years saw him appear in an episode of several popular series, such as the family comedy “Fries with That”, the family comedy drama “15/Love”, and the short romantic drama “Degrassi: Minis”.

Between 2004 and 2008, Tim starred as Tommy Quincy in the hit musical drama “Instant Star”, created by James Hurst and Miklos Perlus, and which also starred Alexz Johnson and Kristopher Turner. It follows a teenager as she’s making a name for herself in the music industry – the series won three of its 18 award nominations.

In 2009, Tim played Briggs and Joseph Finn in five episodes of the romantic drama “Wild Roses”, while he then appeared in an episode of the series’ “The Listener”, “Degrassi: The Next Generation” and “Rookie Blue”.

In 2013 and 2014, he portrayed Massimo in the action fantasy drama “Lost Girl”, created by Michelle Lovretta, and which starred Anna Silk, Kris Holden-Ried and Zoie Palmer. It follows the life of Bo, a young girl who has supernatural powers – the series aired from 2010 to 2016 and won two of its 15 award nominations.

He’s made a guest appearance in the talk-shows “Instant Star”, “Without Your Head” and “E! Live from the Red Carpet”.

Tim won a 2011 Gemini Award for Best Performance by an Actor in a Guest Role Dramatic Series, for “Flashpoint”, and a 2022 Canadian Screen Award for Best Supporting Actor, Drama for his performance in “Wynonna Earp”.

He was also nominated for a 2013 Canadian Screen Award for Best Performance by an Actor in a Leading Role in a Dramatic Program or Mini-Series, for “Befriend and Betray”.

Tim prefers not to share the details of his love life with the public, but it’s still widely known that he’s today a married man. He wed American equestrian Linzey Govan Rozon in 2015, in a rather small ceremony attended by only around 100 of their friends and family members; the two were introduced by a mutual friend in 2010, but kept their relationship hidden until they became engaged.

Linzey gave birth to their son in 2020, but she and Tim are keeping their boy away from the media’s attention.

Tim’s yet to speak about the women whom he perhaps dated prior to meeting Linzey, to whom he’s married as of September 2022, and has a son with her.

Tim and the famous Canadian chef and TV personality Chuck Hughes are co-owners of the restaurant Garde Manger in Montreal.

He’s done some modelling work, but has always viewed it as a hobby, rather than a job.

Tim’s a huge fan of comic books, and has shown his collection in some of his Instagram pictures; he’s followed by nearly 150,000 people on the social media network, and has posted more than 100 pictures and videos.

He’s been to many US states and various countries around the world, for both work and pleasure – his favorite city to visit, as well as to live in, is San Diego, California.

Tim’s favorite actors are Anthony Hopkins and Bruce Willis, and a couple of his favorite movies include “12 Monkeys”, “Pulp Fiction” and “The Father”.