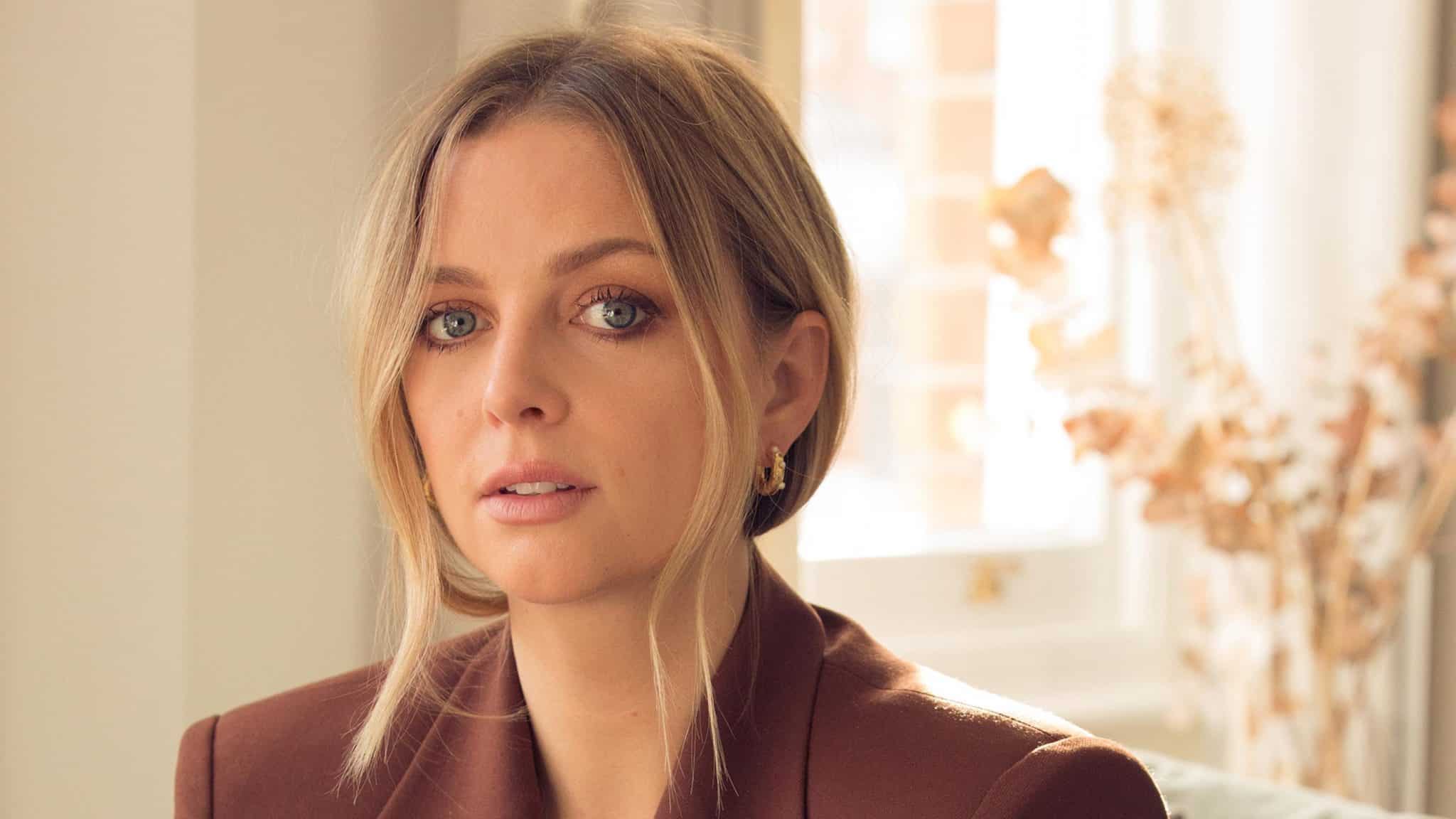 Who is Ruth Kearney?

Ruth is an English actress, probably best known to the world as Jess Parker in the TV series “Primeval”, while she is also known as the wife of “The Divergent Series” film trilogy star, Theo James.

Ruth Delia Kearney was born on 11 November 1984, in London, England, the daughter of Irish parents whose names she hasn’t revealed. When she was five years old, the family moved to Ireland, settling in a small coastal town near Dublin called Monkstown.

Ruth went to St. Andrew’s College, Booterstown, after which she enrolled at Trinity College, Dublin, to study Drama. Once graduating with high honors, Ruth joined the Bristol Old Vic Theatre School, where she continued her studies, finishing the training in 2009.

Before making her on-screen debut, Ruth earned a name in theater productions; she made her debut in the play “Man of Mode”, co-starring Antonia Thomas and her future husband, Theo James. After that, she continued with roles in such plays as “On the Razzle”, “Oh! What a Lovely War!”, Three Sisters”, and “Othello”, among others.

Ruth made her on-screen debut in 2009, with a minor role in the television drama movie “Booky’s Crush”, based on the books by Bernice Thurman Hunter, with Rachel Marcus, Megan Follows and Stuart Hughes in the lead roles.

The same year, she portrayed Miriam in the BAFTA-winning biopic about the English singer, actress and comedian Gracie Fields, entitled “Gracie!”, starring Jane Horrocks, Tom Hollander and Ellie Haddington, and her performances for the military troops following the World War Two outbreak, despite her ill health as she recovers from cervical cancer.

In 2010, Ruth was selected for the role of Jess Parker in the short webisodes of the series “Primeval”, and in 2011 she joined the main cast in the fourth season of the series. The webisodes explain what happened between the third and fourth seasons of the popular show.

Her character is the team’s field co-ordinator, who has a developing crush on Captain Becker, portrayed by Ben Mansfield. Ruth appeared in 13 episodes of the BAFTA-nominated epic fantasy adventure-drama series, which only helped her career.

Take a look at this video — Primeval Series 4 Episode 5 Next Time Trailer http://t.co/bvQMV6R via @youtube

Ruth continued her career with the role of Jenny Proctor in the long-running TV drama series “Holby City”, about doctors, patients, and others who have reasons to be in the cardiac unit of Holby City General Hospital, and which stars Hugh Quarshie, Rosie Marcel, and Jaye Jacobs.

The same year, she co-starred in the television drama movie “Fast Freddie, the Widow and Me”, with Laurence Fox, James Webber Brown and Tamzin Outhwaite.

In 2013 she was the female lead in the action-adventure drama film “Jet Stream”, written and directed by Jeffrey Scott Lando, co-starring David Chokachi and Steven Hartley, about a TV weatherman who tries to prove his theory that upper atmosphere winds are coming down to ground level, thus causing numerous catastrophes.

In 2015, she joined the cast of the award-winning TV horror crime-drama series “Following” as Daisy, with Kevin Bacon in the lead role, about a psychotic serial killer who starts a cult with other serial killers, and organizes masses that follow his every command.

Next, in 2016 she was selected as London in the TV romantic comedy-drama series “Flaked” about a recovering alcoholic who experiences an epiphany moment in Venice Beach, California, co-starring Will Arnett and David Sullivan as well as Ruth.

In 2017, Ruth played Becca Morgan in the TV crime-comedy series “Get Shorty”, based on the novel by Elmore Leonard and the film adaption, with Chris O’Dowd, Ray Romano, and Sean Bridgers in the lead roles.

Following other support roles, in 2019 Ruth appeared in three episodes of the award-winning TV romantic drama series “Sanditon”, about a young woman, Charlotte Heywood, who moves from a rural town to the fishing village of Sanditon, starring Rose Williams, Crystal Clarke and Kris Marshall.

In 2020, Ruth starred as Tess in the award-winning drama film “Trouble Will Find Us”, alongside Dylan Edwards, written and directed by Alexander Milo Bischof, about a couple in love who struggle to maintain their flame under the pressure of life; Ruth won Jury Award for Best Actress at Ramsgate International Film & TV Festival for her work on the film.

Her latest portrayal was as Emer in the TV comedy series “Finding Joy”, with Amy Huberman also one of the creators of the series, Paul Reid and Hannah James-Scott in the lead roles.

According to sources, Ruth Kearney’s net worth is estimated at close to $2 million, as of mid- 2022, which she’s amassed through her acting career; she’s made more than 15 film and TV appearances to date.

Ruth and Theo James met in 2009 while they were both with Bristol Old Vic Theatre School. They kept their romance hidden from the public, making rare appearances together. Moreover, rumors of Theo’s affair with his “Divergent” co-star Shailene Woodley circulated, but he put all speculations to rest when he proposed to Ruth in 2015.

The couple married on 25 August 2018 in Islington Town Hall, and the couple welcomed their baby daughter in August 2021.

Since she became pregnant, Ruth has stepped away from her acting career, and is focused full-time on raising her child.

He received a high school education at Aylesbury Grammar School, and during these years, he realized that acting was his vocation. He started appearing in stage productions and musicals organized by his school, but after matriculation, he graduated with undergraduate degree in philosophy from the University of Nottingham.

However, his love for acting never ceased as he continued to work on stage, and then joined Bristol Old Vic Theatre School.

Theo made his screen acting debut in 2010, in the role of Craze in the TV mini-series “A Passionate Woman”, and since then has made more than 30 film and TV appearances.

One of his first major roles was as David in the fantasy horror film “Underworld: Awakening” (2012), with Kate Beckinsale, India Eisley and Michael Ealy in the lead roles, then reprised the role in the sequel “Underworld: Blood Wars” (2016), and this time he had a more notable task as he was one of the stars next to Beckinsale and Tobias Menzies.

In 2013, he starred in the TV crime-drama series “Golden Boy” as Walter Clark, the youngest police commissioner in the history of the NYPD, while in 2014, he was chosen for the role of Four in the adventure action-mystery film “Divergent”, based on the novel by Veronica Roth. Theo returned as Four in the subsequent film spin-offs from the series, “The Divergent Series: Insurgent” in 2015 and “Allegiant” in 2016.

To speak further of his accomplishments, Theo starred with Michael Pena and Alexander Skarsgard in the awarded action crime-comedy film “War on Everyone” in 2016, and in 2018 starred with Jamie Alexander, Cara Delevigne and Amber Heard in the mystery thriller film “London Fields”.

Most recently, he has starred with Rose Leslie in the fantasy romantic-drama series “Time Traveler’s Wife” (2022), a love story of a married couple but with a problem that involves time traveling.

Theo is known for his philanthropic activities, having traveled to Greece with the UNHCR. While there, he became acquainted with Syrian refugees, and has since been spreading awareness of people who have suffered huge consequences from the Syrian Civil War.