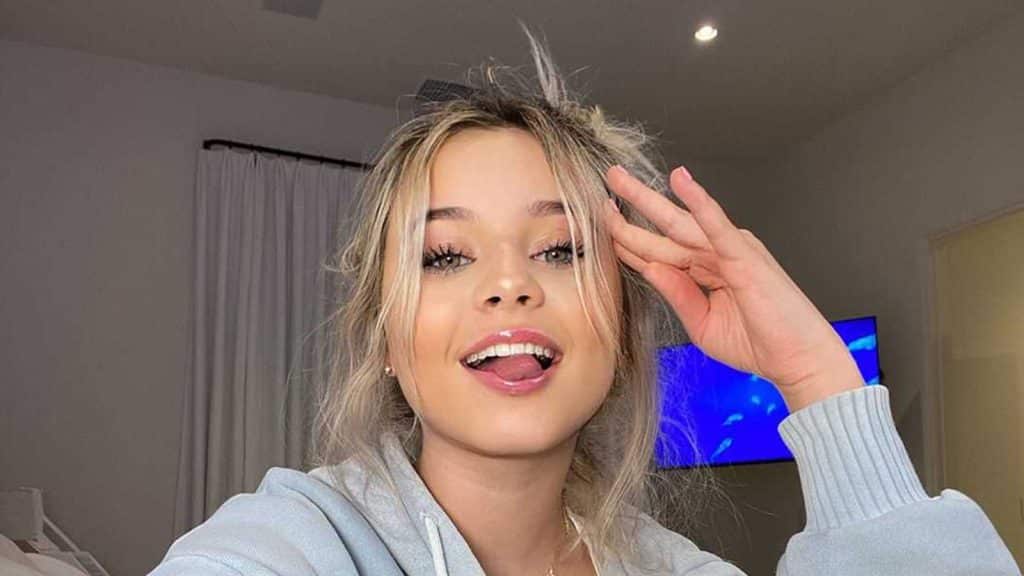 Who is Alabama Luella Barker?

Alabama is an American social media star, model, and singer, but is perhaps best known to the world as the daughter of the controversial yet rather successful musician Travis Barker.

Alabama Luella Barker was born on 24 December 2005, in Los Angeles, California, USA. Her mother is Travis Barker’s second wife, Shanna Moakler, actress and former Miss USA 1995. She has a brother Landon Asher Barker who is two years older than her, and her half-sister is Moakler’s daughter, Atiana Cecelia de la Hoya, from her relationship with Oscar de la Hoya, former professional boxer, and boxing promoter.

Her parents were married from 2004 to 2008, though the problems in their marriage started brewing not long after Alabama’s birth. They were in an on-again-off-again relationship until 2009 and eventually broke up for good, but are co-parenting their two children as of 2016. Then, her father dated Rita Ora, and has been married to Kourtney Kardashian since 15 May 2022.

Travis gave Alabama her name in honor of the “True Romance” character Alabama Whitman, which is his favorite film.

Her educational background is unknown, but it’s believed that Alabama is currently attending a private high school in the Los Angeles area.

Alabama became a reality TV star before she could walk or talk, as she appeared in the reality show “Meet the Barkers”, which primarily featured her parents as well as her brother. The entire family enjoyed huge popularity, including baby Alabama.

As she got older, growing up with a successful mother and even more popular father, Alabama took an interest in the entertainment world, especially modeling, acting and singing.

She released her debut single “Our House” in 2017, with an accompanying music video which now has more than 550,000 views. Her next release was the song “Heartbreaker” in 2018, followed by another hit single, “Mistletoe“.

She launched her modeling career in 2021 through Instagram, and since then has worked with a number of prestigious fashion brands, including Tommy Hilfiger, Buddahbands, and PrettyLittleThing – for which she has since become an ambassador – and many others.

As of mid- 2022, Alabama Luella Barker’s net worth has been estimated at over $200,000, earned through her successful involvement in various industries.

The popular up-and-coming model keeps things about her personal life away from the media buzz. However, as she’s attracted a few paparazzi alongside world renown, she has been photographed in the arms of her alleged boyfriend.

According to reports, her boyfriend is the TikTok star and upcoming rapper who goes by the name GrizluhDev. However, Alabama hasn’t confirmed or denied these rumors.

Travis Landon Barker was born on 14 November 1975, in Fontana, California, USA, the son of Gloria and Randy Barker – his mother died from complications of the rare Sjogren syndrome the day before he started high school.

, Travis got his first drum kit when he was four years old, which he used throughout his childhood and into his teenage years. He was trained by Michael Mai, and he also started trumpet lessons when he was just five years old. Moreover, he learned to play the piano, and even tried out as a singer, but always returned to drums.

He attended Fontana High School, and has said that he was a stoner during those years, but was still sober enough to play the drums in the jazz ensemble, and snare drum in the marching band. Performing at various school festivals helped him gain experience in various drumming styles.

After matriculation, he worked briefly as a trash man in Laguna Beach, but that was just to pay the bills. He met Chad Larson as they both played in the punk rock band Feeble; the two later worked in the Aquabats, and in 1997 released their debut album “The Fury of the Aquabats!”

To promote the album, the band went on a tour with Blink-182, then after Blink-182’s drummer announced his departure from the band after the end of the tour, Travis was recruited as the new drummer. His first album with the group was “Enema of the State”, which came out in 1999, and spawned such hits as “Adam’s Song”, “All the Small Things” and others, while it achieved multiple platinum status in the US.

Travis and the group enjoyed success with the next couple of albums, “Take Off Your Pants and Jacket” (2001), which topped the US Billboard 200 chart, and achieved double platinum status in the USA, spawning “The Rock Show” and “First Date” hits in the process, and the 2003 album “Blink-182”, which was certified platinum in the US.

The band went on an hiatus until the late 2000s, during which time Travis worked on other projects, including with the band Transplants. and the TRV$DJAM duo he created with the DJ Adam Goldstein.

However, during this time, Travis was also involved in a tragic plane crash. On 19 September 2008, he and Adam were set to take flight in Learjet 60 alongside two pilots, Barker’s personal assistant, Chris Baker, and Che Still. However, just before the take-off, the plane’s tire exploded and caught fire, which forced the pilots to cancel the take-off. Unfortunately, the aircraft continued straight through the airport’s fence, crossed the highway, and hit a bank. In the aftermath, Travis and Goldstein were the only ones to survive, though Barker spent three months in hospitals as he suffered life-threatening injuries as most of his body was burnt, and had numerous operations.

He later sued the owners of the plane, Goodyear Tire, and Rubber Co, but also the airplane maintenance company. The legal action was settled out of court, but he never talked about the conditions of the settlement.

He continued his music career, and since then, Blink-182 has reunited and released albums “Neighborhoods” (2011), “California” (2016), and “Nine” (2019). Travis also released his solo album “Give the Drummer Some” in 2011, and has collaborated with several artists, including Machine Gun Kelly and Avril Lavigne.

In addition to his prolific career as a musician, Travis is an accomplished businessman, entrepreneur, and an author – his net worth has been estimated at $50 million as of mid- 2022.

Shanna Lynn Moakler was born on 28 March 1975, in Providence, Rhode Island, USA. Of German, Portuguese and Irish ancestry, she had an older sister who died in 2012, and has two older brothers. She went to Barrington High School, and after matriculating moved to Miami, and eventually settled in Los Angeles in pursuit of her modeling career.

Shanna is best known as the Miss USA in 1995, while she has also led a prominent acting career. Her most popular role was as Monica Harper in the TV crime-drama series “Pacific Blue” (1998-2000). Moreover, she entered “Celebrity Big Brother” in 2022.

She was engaged to boxer Oscar De La Hoya, but their relationship ended in 2000 when she saw him escorting another woman during the Latin Grammy Awards on television. She sued him for palimony, seeking $62.5 million, claiming that he was abusive towards her and their daughter, which was settled out of court in 2001.

From 2014 to 2019, she was in a relationship with Bryan Sollima, Hells Angels biker, but is currently single,