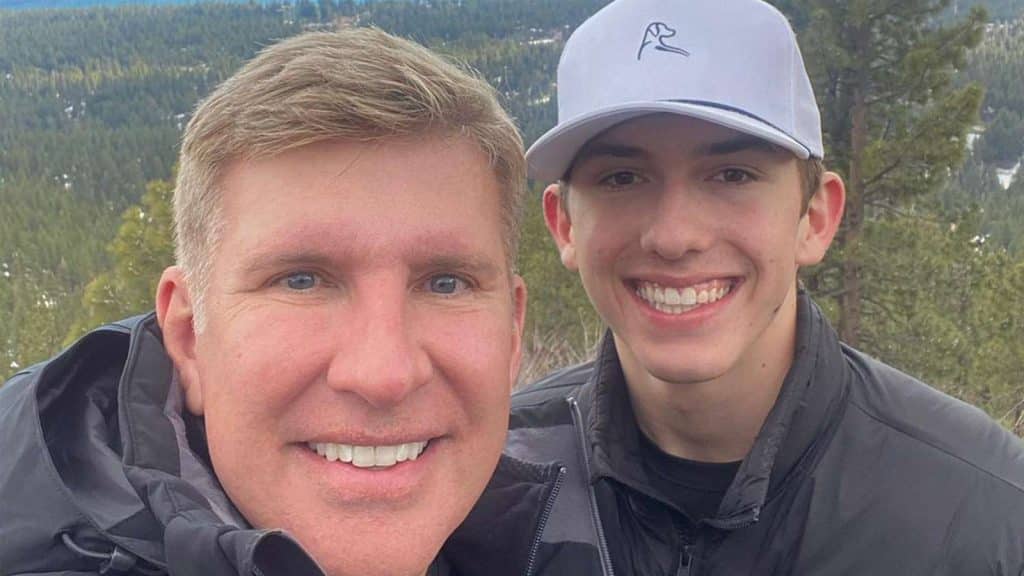 Grayson Chrisley is an American actor who is famous for his role in the popular reality television series “Chrisley Knows Best.” The 16-year-old reality TV star is the youngest of the Chrisley family and has gained a lot of accolades for his acting performances.

Grayson was born on 16 May 2006, in Georgia, USA, to Todd Chrisley and Julie Chrisley. He was born into a wealthy family, so conditions seemed perfect for him to secure a bright future. While his parents are popular television personalities, his father also doubles as a successful businessman and real estate magnate. He is probably his father’s favorite child.

Despite his celebrity status and ever-increasing followers on social media (he currently has 291k followers on Instagram), Grayson is still a very diligent student. He is reported as being very regular in school and maintaining top performance in his class. However, asides from these already stated facts, there is no definite information about Grayson’s education available to the public. Meanwhile, some sources have mentioned that he is currently attending high school in Nashville, Tennessee and that he is expected to graduate by 2025.

Grayson’s acting career began in 2014, when he made his first appearance on “Chrisley Knows Best,” a reality TV show that mirrors his family and the life of his father, Todd Chrisley.

Grayson played the part of a smart, sports-loving, competitive kid who frequently gets into trouble with his elder siblings and his niece Chloe. At the age of four, he was portrayed as being proficient in using his mother Julie’s credit card to purchase items, especially toys, on various apps. His persona is that of a pampered, naughty youngster who, like all other kids, always gets away with mischief and lying. His role in the show helped him secure bigger acting jobs in the movie industry.

In 2014, Grayson was also featured in several shows and television series, including “WWE Raw,” “The Real,” and “Steve Harvey.”

In 2016, he made his debut appearance on the big screen in the sci-fi horror film “Sharknado 4: The 4th Awakens.” Grayson featured alongside his father, Todd, and his sister Savannah, who also played roles as themselves. Grayson also participated as a contestant in the family game show “Big Star Little Star” in 2017.

In 2020, he appeared in one episode (Todd Chrisley’s Coronavirus Story) of a television series, “Peacock Presents: The At-Home Variety Show Featuring Seth MacFarlane.” That episode featured the Chrisley family alongside Seth MacFarlane, Alyssa Limperis, and Eva Victor. Later in 2021, Grayson was featured in the special TV program “Chrisley Knows Thanksgiving,” in which Julie Chrisley imparts her signature Chrisley humor and a little family competition while teaching her children how to prepare her Thanksgiving delicacies.

So far, Grayson has gained a total of eight acting credits.

Asides from his acting career, Grayson is also a passionate baseball player. When he is not acting in a movie, going to school, or flirting with girls, he is usually playing his favorite sport. Currently, he is a member of the RedBirds baseball club and he recently represented the team as the number seven at the 2021 14U PG Nashville World Series.

Grayson’s immediate relatives all have their fair share of popularity and controversy in the media. However, unlike the rest of his family, he has remained largely uncontroversial, likely because of his young age. As he grows older, Grayson has also developed notable relationships with some individuals, that have come to the attention of the media. One such relationship is his relationship with his father, Todd Chrisley. Todd is known to be very possessive of his children, and even his children have repeatedly affirmed this. Meanwhile, the real estate magnate seems to have developed a special bond with his youngest son, and as of the time of his 15th birthday, Grayson’s Instagram account was still being managed by his dad.

Perhaps the closest relationship that Grayson has developed so far is that with his elder sibling, Savannah. Savannah is known to spend a lot of time with her younger brother and also assist him in making some of his naughtiest escapades. A glance at Grayson’s Instagram handle shows that 3 of his 13 posts were dedicated to her. Savannah is also a big fan of her brother, and she seems to love him just as much.

Grayson has not disclosed anything about his love life yet. However, there are strong indications that he is in a romantic relationship with a basketball player named Mary Elizabeth Fox. Most of the details available about their relationship have mostly come from Mary’s social media accounts. Early in January, she posted a video where she disclosed that they were both in a relationship. In another video, both of them could be seen in a very intimate position while Grayson licked her face.

Fans have reacted to the duo’s relationship mostly with surprise because most of them did not yet know that Grayson was old enough to be in a relationship. However, Grayson has not made any official statement about it yet.

It is worthy of note that Grayson is a devoted Christian. The Chrisleys take their faith seriously, and this is evidenced by some of Julie’s social media posts on Thanksgiving Day. Another interesting fact to note about Grayson Chrisley is that in late 2021, he jointly started a footwear business with his elder sister, Savannah.

Grayson’s earnings come from more than one source of income. Although he is known to earn an income as an actor, now that he owns a footwear business, he earns from his business too. Several sources have estimated his total net worth to be around $1.5 million.

Fans have watched Grayson grow on TV. However, his recent photos show that the reality star has grown a lot more lately. He currently stands at an impressive height of 6ft (1.83m) and weighs around 135lbs (61kgs). His vital statistics are not available yet. He has blonde hair color and dark brown eyes.