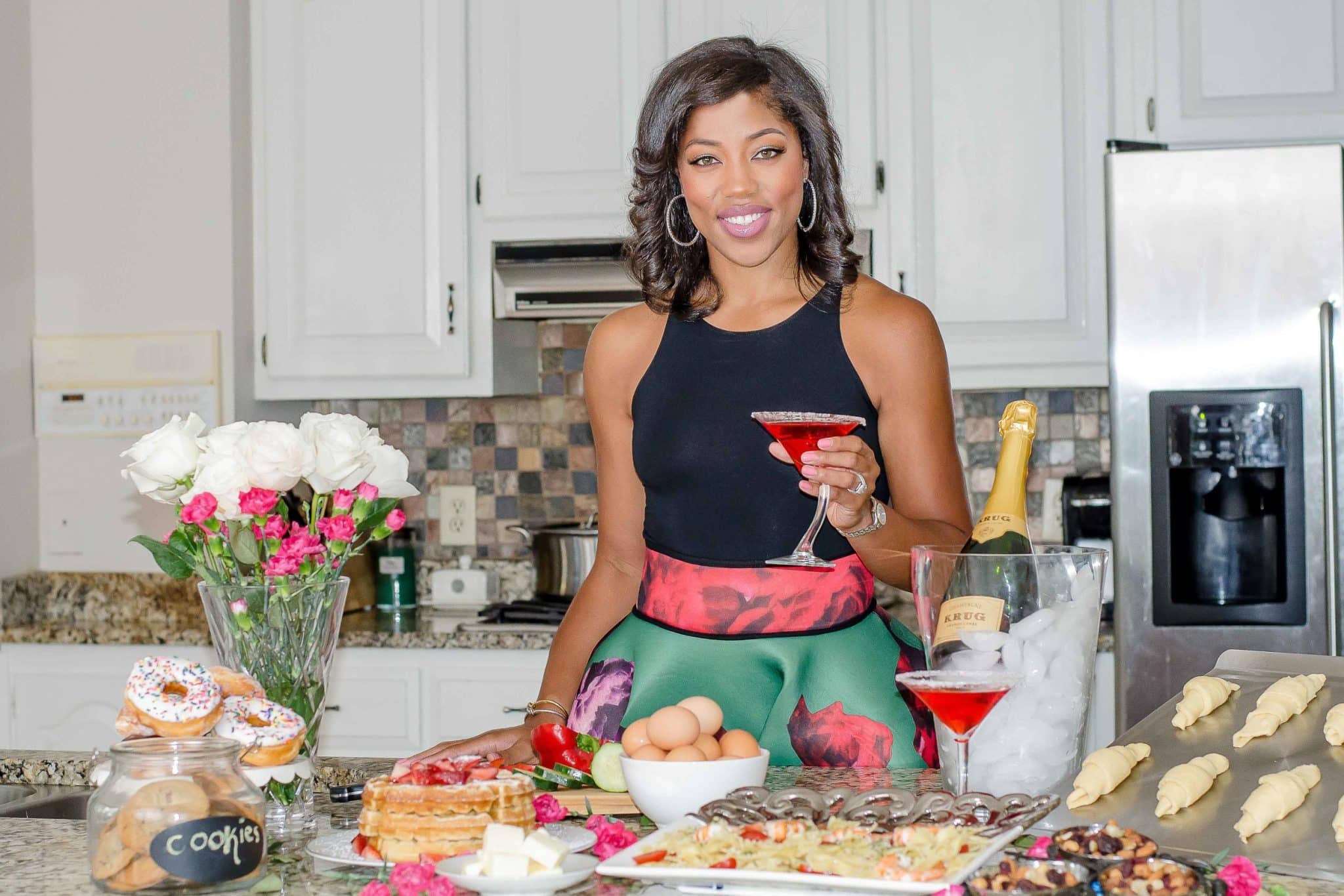 Who is Morgan Harvey?

American cook, author and entrepreneur Morgan Harvey, was born in the USA on 1 June 1987 (some source claim in 1985), under the zodiac sign of Gemini. She’s probably only known for being an adoptive daughter of famous American TV show host, actor and comedian Broderick Stephen ‘Steve’ Harvey Sr.

Morgan was raised in the US alongside her brother Jason and sister Lori, by their mother Marjorie Bridges and father Darnell Woods; Marjorie and Darnell divorced for unknown reasons, but it’s believed that he was unfaithful. This was Marjorie’s second marriage, as she had previously been married to Jim Townsend, whom she divorced after he was sentenced to spend time behind bars for drug dealing, and she married her third husband Steve Harvey in June 2007, becoming his third wife, as well; Steve’s adopted all three of Marjorie’s children, and Jason’s today running his own footwear company – Yevrah – while Lori’s a popular model.

Morgan studied at a local high school and it was during her four years there that she became interested in cooking; she was also physically active, as she ran nearly every morning, and enjoyed playing soccer with her peers.

Morgan matriculated in 2006, and two years later enrolled at Culinary Institute of America in Hyde Park, New York State, from which she graduated with a Bachelor’s degree in pastry and baking in 2011.

Morgan’s today running her own business I Need Some Mo.

She launched her YouTube channel “Morgan Hawthorne” on 3 October 2016, and it’s currently subscribed to by more than 2,000 people, while it numbers nearly 20,000 views all of her videos combined. There are 10 videos uploaded onto the channel, with her most popular “HALLOWEEN SPOOKY COOKIE OREO POPS – I NEED SOME MO” having been watched over 5,000 times since 24 October 2017.

Morgan was attending her senior year of high school when she met Kareem Hawthorne; the year was 2006, and she competed in his fraternity’s Miss Black and Gold Pageant. Kareem’s today a successful DJ, and goes by the name DJ Bruckup.

Morgan and Kareem are yet to disclose the date of their wedding, while it’s known that they have two daughters together: Elle was born on 22 March 2015, and Marley Jean followed on 1 September 2020.

Morgan hasn’t mentioned the men whom she had perhaps dated prior to meeting Kareem, to whom she’s married as of September 2022, and has two daughters with him.

Amongst Morgan’s main hobbies is running her Instagram account, which is currently followed by over 90,000 people; Morgan’s uploaded nearly 950 pictures and videos onto the social media network, most of her newer content featuring her spending time with her husband and daughters.

She still enjoys going partying, whether with her husband or friends, and often shows off her dresses in her Instagram pictures; Morgan’s keeping up with various fashion trends by reading fashion magazines on a daily basis, with her favorite being “Elle”.

She’s also keen on spending her spare time in nature.

Morgan’s favorite actresses are Viola Davis and Kerry Washington, and some of her favorite movies include “Fences”, “Get on Up” and “Won’t Back Down”.

My grandbaby Elle is making her first appearance on my show today. Make sure you tune in and catch our daughter Morgan…

Morgan’s net worth’s been estimated at over $2 million as of September 2022, and her father Steve’s at more than $200 million.

Who is her father Steve Harvey?

American coal miner Jesse and his wife Eloise Vera Harvey raised their son Steve in Welch, alongside his siblings Mona, Pauline and Terry; Steve struggled with stuttering while growing up, but was able to overcome it. He attended Glenville High School, and became interested in both comedy and acting during his time there. Upon matriculating, Steve enrolled at Kent State University, prior to transferring to West Virginia University, however, he eventually quit, wanting to pursue a career.

His first performance as a stand-up comedian was on 8 October 1985, while he had previously worked numerous jobs to financially support himself, and was an insurance salesman, a boxer and a carpet cleaner, amongst others.

Steve slept in his car for three years sometime in the second half of the ‘80s, but eventually made his breakthrough on 16 April 1990, when he reached the finals in the Second Annual Johnnie Walker National Comedy Search. He was then hired to host the variety show “Showtime at the Apollo”, appeared in the comedy series “Me and the Boys”, and in 1996 began hosting his own “The Steve Harvey Show”, which ran until 2002.

Since 2000, Steve’s been hosting the radio program “The Steve Harvey Morning Show”; in 2003, he appeared in the musical comedy movie “The Fighting Temptations”, as well as in the  teen comedy movie “Love Don’t Cost a Thing”, then in 2004 the comedy film “Johnson Family Vacation” and the  dance movie “You Got Served”.

It was in September 2010 that Steve became the host of the game-show “Family Feud”, and his hosting vastly improved the show’s view ratings; he received his own star on the Hollywood Walk of Fame in 2013.

Steve hosted his first Miss Universe pageant in December 2015, when he mistakenly named the wrong girl as a winner; he apologized both publicly and personally to Miss Colombia Ariadna Gutierrez whom he had crowned the winner prior to announcing that he had been mistaken, and that Miss Philippines Pia Wurtzbach was Miss Universe. He then returned to host the Miss Universe pageant in 2016, ‘17, ‘18, ‘19 and 2021.

He married his first wife Marcia in 1981, and they have a son Broderick Harvey Jr. and two daughters Karli and Brandi together, but divorced in 1994. He married his second wife Mary Shackelford in 1996 – their divorce was finalized in 2005, after sharing son Wynton together.