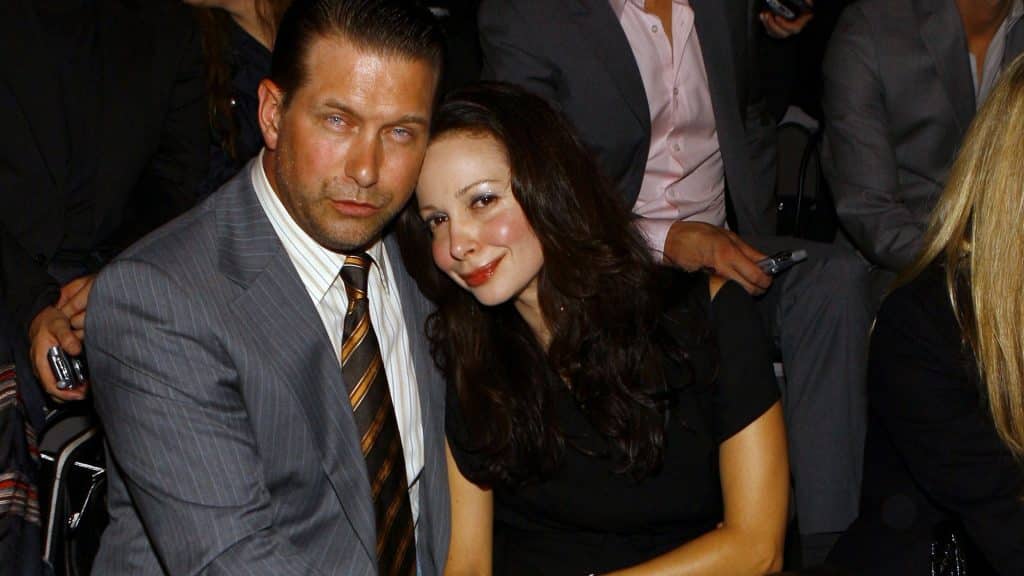 Being a celebrity because of her connection with famous persons, for Kennya Baldwin seems to be both a blessing and a curse. For years, she has been trying to rise to fame for her work, but is still probably known best as the wife of the famous actor, Stephen Baldwin.

Kennya prefers to keep her life a secret, and is rarely seen in public, which is another reason why people are curious about her.

If you ever wondered about Kennya’s life, work, and what she’s doing now, let us tell you the untold truth about her.

She was born under the zodiac sign of Scorpio on 24 October 1968, in New York City USA; she holds American nationality, and comes from a family of Brazilian- Portuguese descent.

She was raised by her parents, and spent her early years in Brazil before they moved back to her hometown. Kennya’s mother Ruth, about whom nothing is known, shares her destiny of being a celebrity wife, as Kennya’s father is Eumir Deodato de Almeida, a widely-acclaimed pianist, composer and arranger who has been involved in more than 500 recordings for artists such as Frank Sinatra, Bjork, and Roberta Flack.

Kennya has a brother, named Cassius, who is also a musician. Their parents divorced in the early 2000s.

Speaking of her educational background, she attended New York Preparatory School, and upon matriculating in 1986, enrolled at Parsons School of Design, from which she graduated with a Bachelor’s degree in Graphic Design in 1989.

There is no subsequent record of Kennya’s career.

Kennya met her future husband back in 1987, in a New York subway station, and according to them, it was love at first sight. The two began dating soon after their first encounter, and three years later they married, exchanging their wedding vows in 1990, although the exact wedding date and location haven’t been revealed.

Kennya gave birth to their first daughter, Alaia, on 23 January 1993, and their second daughter, Hailey, was born on 22 November 1996. Both daughters are models, however, we could say that Haily is more popular than her sister, as she’s also known as the wife of the Canadian singer, Justin Bieber.

As of August 2022, Kennya and Stephen are still in marriage, and although they’ve some ups and downs, have stayed together. Stephen often describes himself as a lucky man to have someone like Kennya in his life, saying that she helped him to find his Christian faith and stayed with him all through the legal problems he had.

They now live on a farm north of New York City.

According to sources, in July 2009, Kennya and Stephen filed for Chapter 11 bankruptcy protection claiming more than $2.3 million in debt. Their house in Rockland County, New York was publicly auctioned after they defaulted on nearly $825,000 in mortgage payments.

Who is Stephen Baldwin?

The youngest of ‘the Baldwin brothers’ Stephen was born under the zodiac sign of Taurus on 12 May 1966, in Massapequa, New York State; he holds American nationality, and comes from a family of English, Scottish, Irish, German and French-Canadian descent.

He was raised in the Catholic faith by his parents Carol and Alexander Rae Baldwin, alongside his siblings, Daniel, William, Alec, Elizabeth and Jane. As a youngster, Stephen was into wrestling; upon matriculating from high school in 1984, he attended The American Academy of Dramatic Arts, and following in his brothers’ footsteps, he also launched an acting career.

Stephen made his acting debut in an episode of the series “Kate & Allie” in 1986, and his first big-screen appearance was his portrayal of Luna Park Drunk in the 1988 movie “Homeboy”, starring Mickey Rourke.

In the early ‘90s, Stephen was seen in numerous movies and series, mostly playing support roles, one of his most notable television appearances is certainly his portrayal of William F. Cody in the series “The Young Riders”, which was his breakthrough role.

In 1995, he was cast to play his signature role as McManus in the two times Oscar-awarded “The Usual Suspects”, starring Kevin Spacey, Chazz Palminteri and Gabriel Byrne. This mystery crime-drama had over 50 award nominations and won 37, including two Oscars for Best Actor in a Supporting Role (K. Spacey), and Best Writing, Screenplay Written Directly for the Screen.

Stephen has over 100 acting credits to his name – some of his notable roles were in “Bio-Dome”, “The Flintstones in Viva Rock Vegas”, and “Fred Claus”, among many others. To a younger audience, he is perhaps known best as Agent Smith from the 2021 series “Nova Vita”.

He’s also appeared in a number of reality shows, including “Celebrity Big Brother”, however, he failed to win many fans, and left Big Brother’s house after less than three weeks.

Speaking of his personal life, his name was often seen in the headlines of tabloids, and he’s been the subject of many rumors and controversies. Besides financial problems, according to the Daily Mail, in 2018 he was caught having an affair with a Venezuelan masseuse, Ruth Perez Anselmi.

The video featuring him entering his alleged mistress’ apartment in Los Angeles, California circulated on the internet; the Daily Mail reporter asked him about the affair, to which he responded: ‘You’re out of your mind brother, God bless you.’

There were also screenshots of the messages they exchanged, allegedly provided by one of Ruth’s friends. However, despite the cameras and text messages, Stephen never admitted that he was having an affair.