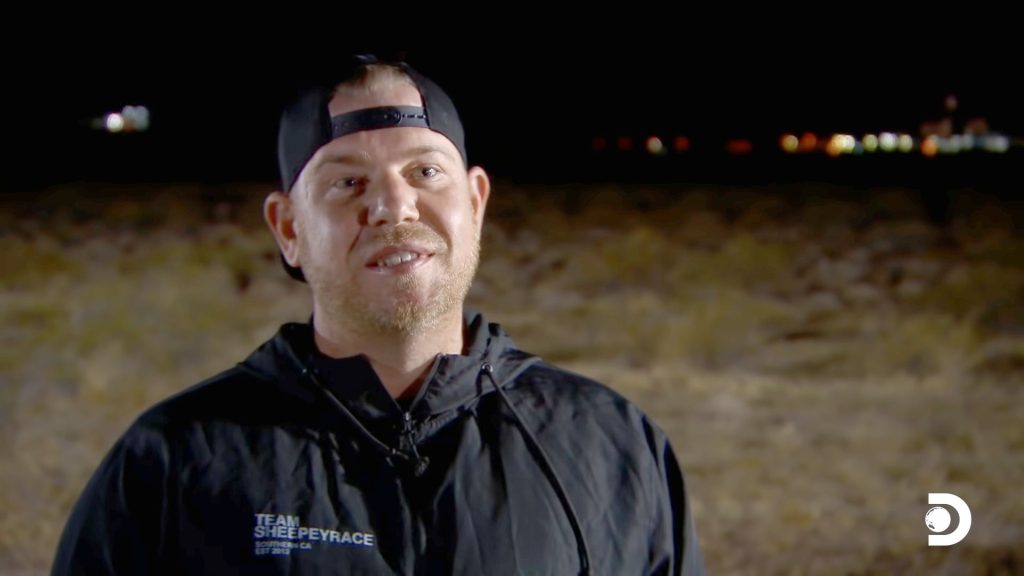 The world went into shock on 8 August 2022, when the star of “Street Outlaws: Fastest in America”, Ryan Fellows tragically passed away in an accident while filming one of the races for the show. The incident sparked worldwide controversy, with audiences appalled at Discovery’s lax security measures, which if managed properly, would probably have saved Ryan’s life, but which continue to endanger many, as filming continues.

The first seven races went by smoothly, each of the participants coming to a screeching halt after passing the finishing line, braking safely after achieving jaw-dropping speeds in their vehicles. During the eighth race, Ryan Fellows planned on doing the same thing after he crossed the white mark, but lost control of the car and it began flipping over.

Ryan’s race-upgraded gold Nissan S30-bodied machine called ‘Datsun 204Z’ plopped over onto the asphalt several times, eventually slamming downwards onto its roof. For a brief moment it seemed like he only took a beating, relatively safe in the reinforced driver cage, with a seatbelt on.

However, the car burst into flames moments later, due to significant damage caused to certain containers with flammable liquids, turning ‘Datsun 204Z’ into a stationary fireball. Even though the firefighters and medical emergency responders were already speeding to Ryan’s location, nothing could be done to extinguish the flames in time to save his life. As a result, his body was severely burned before it could be extracted, and Ryan was pronounced dead on the spot.

This being the first major incident and death in the nine-year history of the show, it caused significant turmoil within the production team, and a prompt investigation. It was soon revealed that the producers – Warner Bros. Discovery and Pilgrim Media Group – didn’t authorize a filming permit at the time, though they did have the permit from the Nevada Department of Transportation to close off the street for filming purposes.

“Street Outlaws” and its multiple spin-off series have been controversial almost from the get-go, mostly thanks to professional and general audiences noticing just what a lack of security the tracks in the show have. Most times, they would simply close off a straight street somewhere in the US, and begin filming, without any protection for the drivers being installed along the race path.

This didn’t sit well with the National Hot Rod Association (NHRA), which in 2015 began sending letters to the participants of “Street Outlaws” and a few other racing reality TV shows. They asserted that racing in such dangerous circumstances violates Section 1.3.1, Participant Conduct, of the 2015 NHRA Rulebook. As per the rules, anyone in possession of an NHRA Competition License would have to abide by their safety regulations, which in the case of a single individual, apply to the area they’re racing in.

According to the NHRA, every hot rod race track must contain the obligatory catch fencing and crash walls, which would stop the cars from flipping to the side after spiraling out of control. Additionally, of course, every such track would need to be a closed circuit. The walls and fencing need to be of a strong enough material to stop a car, even at full speed.

While this approach seems somewhat detrimental, as the cars would just flat out crash into the safety walls, the hot rods of most participants have severely upgraded driver cages meant to protect them from impact at just about any velocity. Also, while the car would certainly take damage, it generally wouldn’t burst into flames, and the driver could be extricated much faster by emergency responders.

Fans on all platforms severely criticized the producers for not having these safety measures in place, blaming their disregard of basic NHRA rules for Ryan’s tragic death. It’s also impossible for the producers to argue against that, since Ryan’s car did indeed spiral into an uncontrolled flip off the track, which wouldn’t have happened in properly regulated conditions.

The fate of the show

Following the incident, the show’s filming and release have been severely impeded by the public outcry, and legal issues that the producers must now face. It is not yet known what the extent of their repercussions will be, though it’s common knowledge that Nevada’s Occupational Safety and Health Administration (OSHA) will be conducting a thorough investigation into the matter, starting with a detailed analysis of the crash itself.

Many fans wanted to involve the police as well, but the local sheriff said that the accident isn’t considered a criminal matter, and was thus passed to the OSHA. While the legal consequences for the production team probably won’t be as severe as the fans would like, the court process will still have a significant impact on the future of the show, and the careers of a few individuals in charge of “Street Outlaws” tracks.

As a result of the fiasco, in September 2022 it’s unknown when the fourth season of “Street Outlaws: Fastest in America” will be screened, or whether it will even continue to exist. A decision on the matter is expected to be made the end of the year, at which time the continuation of the spin-off will likely have already been decided.

The race for $300,000 begins. 💰Don't miss the season premiere of #StreetOutlaws: Fastest in America, Monday at 8p on Discovery.

Ryan Fellows’ life before the crash

Born under the sign of Scorpio on 15 November 1981, in Chula Vista, California, Ryan Fellows was a street racer and reality TV star. He broke through and became famous when he joined the cast of “Street Outlaws,” but he’d been building his career privately for years prior.

At the time when he started racing, he had already been managing several businesses for a while, all of which allowed him to fuel the dream of having the fastest vehicle in the competition and always finishing first. Already success in business, he later also became a renowned street racer.

He started dating a woman named Elizabeth in his late 20’s, eventually marrying her and fathering two children; his son Josiah was born in 2004, and his daughter Olivia in 2012. The family had a happy and fulfilled life, mostly aided by Ryan himself, who was making great income from the show and his businesses, totaling around $600,000 per year.

The aftermath of the tragedy

Following Ryan’s passing, his friend Brad Sparks created a GoFundMe fundraiser aimed at helping his family deal with the loss, since their breadwinner was no longer around, and the emotional trauma was also significant. The goal is set at $50,000, and in early September of 2022, almost $25,000 has been donated to the cause already.

The fundraiser’s description was written by Brad himself, and the main part of it reads ‘Ryan was an avid car enthusiast and was a road “warrior” in many ways that extended to loves of basketball, cars and business in sales/advertising. He was admired for tenacity and a relentless drive to overcome the challenges before him. The only thing he loved more than these efforts and achievements were his family – his wife Liz, children Josiah (18) and Olivia (10).’

Right after the accident, the production team of the show took to Twitter to lament Ryan’s passing, and express condolences to Liz and his children, stating ‘The Street Outlaws family is heartbroken by the accident that led to the tragic death of Ryan Fellows. We extend our deepest sympathy to Ryan’s loved ones as they process this sudden and devastating loss.’

Although benevolent and empathetic in nature, the Twitter post received harsh criticisms from some of the staunchest fans of the show, one of them stating ‘Yet you will continue to street race, Discovery Channel will continue to pay. NHRA has rules for a reason, someday you’ll understand that.’ Others were more explicit about their sentiments, with comments such as ‘His death was senseless. PERIOD.’

Seeing the crude and condemnatory tone of the audience in reaction to the accident, the current fanbase of the show itself remains visibly shaken. It is definite that “Street Outlaws” took a significant public relations blow in the aftermath of Ryan’s passing, and the producers might never be able to restore the show to its previous glory.

“Street Outlaws” is notorious for accidents

Although Ryan’s is by far the most severe, there have been other crashes on the show as well. One of the most popular yet lightest ones is Jerry ‘Monza’ Johnston’s accident during the filming of episode six of season five.

In his race against Chuck, Monza sped his 1972 Camaro Rally Sport nicknamed ‘Sinister Split Bumper’ right down the track, but was too slow on the initial draw, so he had to juice some extra horsepower out of the engine. Although this gave him a significant speed boost, it wasn’t enough to catch Chuck, and he lost the race.

Right after passing the finish line, it is customary for all racers to deploy the parachute behind the car, which dramatically decreases their speed in a very short time, allowing for a relatively safe halt. The issue with Monza was that he panicked in the face of loss, and continued to hold the so-called ‘scramble button’ for a little bit too long, forgetting to press the parachute button in the meantime.

Monza then tried to slow down by simply flooring the brake pedal, but that just wasn’t enough, and the car started bouncing thanks to its rear-wheel steering. This modification had to be installed so as to help the vehicle go straight even at breakneck speeds, but on the other hand, made its hind part crooked to either side. Normally this wouldn’t be a problem, but since the car had no parachute deployed at a massive speed, things got out of control.

As the car swerved from side to side, Monza eventually flipped over four or five times. and off the track. The cast and crew rushed over to his vehicle in shock, but were relieved to find Monza unscathed. His driver cage is probably the most reinforced one of all the competitors, with Monza having spent a fortune on modifying his vehicle.

When asked about the incident, he stated ‘The bright side is I walked away without a scratch. I spent money in the right places. All my safety gear, the cage, all that costs a lot of money, but what’s your life worth?’ He also asked about his son right after being extricated from the opposite door of the car, as the driver side exit was rendered unusable due to the damage to the car’s frame.

His other family members were also present during the crash, and in the moment began tearing up and assuming the worst. They felt a great sense of relief hearing Monza’s first words coming out of the crashed car: ‘I’m okay, I’m okay. Car’s not.’

Further tragedy was avoided by Chuck’s skillful driving after the finish line, as Monza’s car went side-to-side a few times before flipping, and the driver side door was at one point straight in front of Chuck’s vehicle. He immediately swerved to the side, and thus avoided crashing straight into Monza. His high-quality driver’s cage would’ve probably held out, but his family is much happier without experiencing such an outcome.

It is worth noting that this is another accident that would’ve had a far less dramatic outcome had the producers of the show been adhering to the rules of the NHRA, whereby a wall and a fence would have prevented Monza’s car from flipping over even once. Monza himself is also lucky that, unlike in Ryan’s case, his vehicle’s flammable compartments held out, and sustained the full damage of the crash without issues.