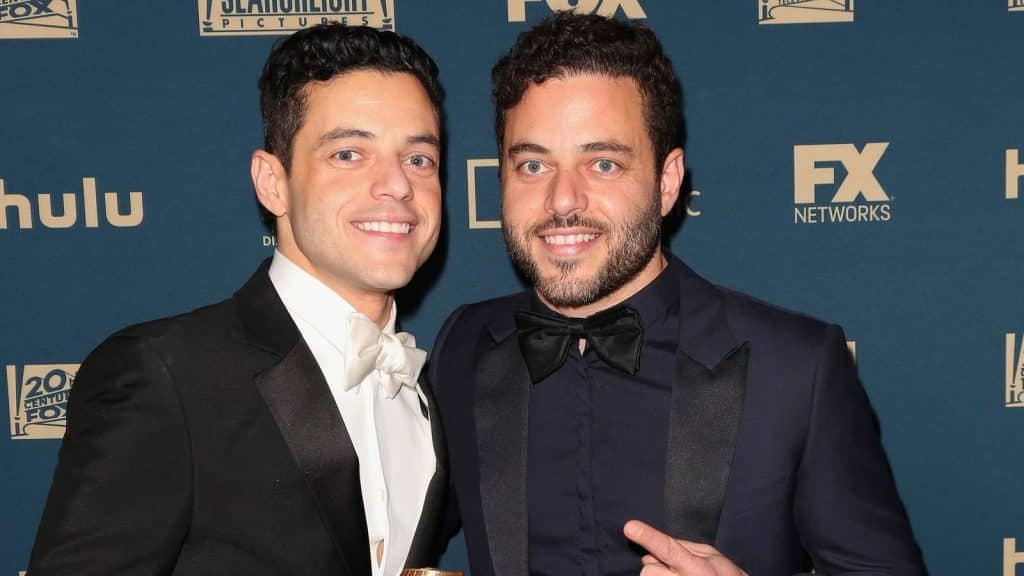 Sami Malek has carved a niche for himself as a Los Angeles-based teacher, who is perhaps better known for being the identical twin of the acclaimed American actor Rami Malek, who is most famous for portraying Elliot Alderson in the hit USA Network TV series “Mr. Robot.”

Sami Malek was born under the Taurus zodiac sign on 12 May 1981, in Torrance, Los Angeles, California, which makes him 41-years-old as of 2022. He has a four-minute-older twin, actor Rami Malek, and also has an older sister, Yasmine, who is now an emergency medicine doctor. His parents are Egyptian immigrants – his father, Said Malek, was a tour guide and travel agent who later became an insurance salesman before he passed away, and his mother, Nelly Malek, is an accountant. Sami was brought up in Sherman Oaks, California, and raised in a Coptic Orthodox Christian household. His father was very strict and always reminded him and his siblings not to forget about the family’s Egyptian roots – he would even wake them up in the middle of the night to engage them in ‘phone conversations with their Arabic-speaking family who lived in Samalut, Egypt.

Sami went to elementary school in California and later joined Notre Dame High School, situated in Sherman Oaks. He hasn’t disclosed where he went to college, but has revealed that he majored in both African-American Studies, and American Literature and Culture. Sami narrated to the American TV host, writer, and producer, Jimmy Kimmel, during an interview in 2015, how he helped his brother with a Greek tragedy monologue assignment during his days in college. Rami had called him explaining that he had to present the monologue to pass one of his classes, and since Sami had studied Literature for four years, he was well-informed and didn’t hesitate to help him out. Further, Rami has confessed that his brother would sometimes cover for him, and attend lectures pretending to be him when he was in college.

When I first got into fame, I needed to thank @iamramimalek. He took me into the world of fame.

Malek is an English as a Second Language (ESL) tutor at the Los Angeles-based Joseph Le Conte Middle School. He launched his teaching career in 2003 when he was hired by the non-profit organization, Teach for America, which has a mission of growing movement for educational excellence and quality. He has worked as a teacher for nearly two decades now and seems to be very close with his students who previously organized a surprise birthday party for him – he posted the video on YouTube.

Sami is a very secretive, and hasn’t shared anything about his personal life, but his twin brother is in a romantic relationship with his “Bohemian Rhapsody” co-star, the British-American actress Lucy Boynton, whom he met while shooting a film in London in 2008. Rami acknowledged Boynton by kissing her multiple times when he was called out at a previous Oscars Award ceremony, and even ended his acceptance speech praising her for making the aforementioned musical-drama film a success.

Sami is his brother’s greatest supporter, and when he was asked during an interview about his take on Rami’s nomination for an Oscar – for his performance in “Bohemian Rhapsody” – he stated that he was confident he would win the award because he had aced his character, adding that he had ‘killed’ it.

Sami is of mixed Greek and Egyptian ethnicity. He has a set of green eyes and black hair. The American teacher is 5ft 9ins (1.75m) tall and weighs around 155lbs (70kgs).

Sami has accumulated his net worth from his successful teaching career; he’s revealed that he loves his job a lot. His net worth is approximately $2 million as of 2022. On the other hand, the Oscar and Primetime Award-winning “Mr. Robot” star, Rami Malek, is worth approximately $20 million.

It is reported that Rami is the first Arabic actor to win an Oscar for Best Actor (2019). Most of his childhood details are similar to that of his twin brother – he spoke Egyptian Arabic until he turned four. Just like Sami, Rami went to Notre Dame High and was classmates with future the “Hart of Dixie” starlet, Rachel Bilson. His parents wanted him to become a lawyer and he was very active in the school’s debate club but his teachers later noticed that he was more talented in dramatic interpretation, and advised him to appear in the play “Zooman and the Sign” and other theatrical projects. Rami matriculated to the University of Evansville, Indiana, and graduated with a Bachelor of Fine Arts in 2003. Earlier, he had spent several semesters in England, where he attended Harlaxton College, Lincolnshire.

Rami launched his career in 2004 when he guest-starred in the series “Gilmore Girls.” He became famous after he played Kenny in the TV series “The War at Home” from 2005 to 2007. Malek made his film debut portraying Pharaoh Ahkmenrah in the 2006 comedy “Night at the Museum”, and reprised the role in its sequels, “Night at the Museum: Battle of the Smithsonian” in 2009, and “Night at the Museum: Secret ofthe Tomb” five years later. 2010 saw him playing Merriell in the TV show “The Pacific” and Benjamin in the Bill Condon-directed 2012 film “The Twilight Saga: Breaking Dawn.” He thereafter appeared in several other films, including, “Short Term 12,” “Need of Speed,” and “Oldboy.” 2015 saw Rami landing one of his greatest roles, as Elliot in the hit USA Network TV show “Mr. Robot.”

Rami was seen with several famous personalities before he began dating actress Lucy Boynton. He met actress Angela Sarafyan on the set of the film “Breaking Dawn” in 2011 and the duo began dating shortly afterward, but their romance was short-lived, and Angela went on to date the singer and actor Nick Jonas in 2018 after they broke up. Rami later began dating his “Mr. Robot” co-star, Portia Doubleday, in 2015, however, they broke up after dating for a few years, and she next dated the American actor, James Rustin.