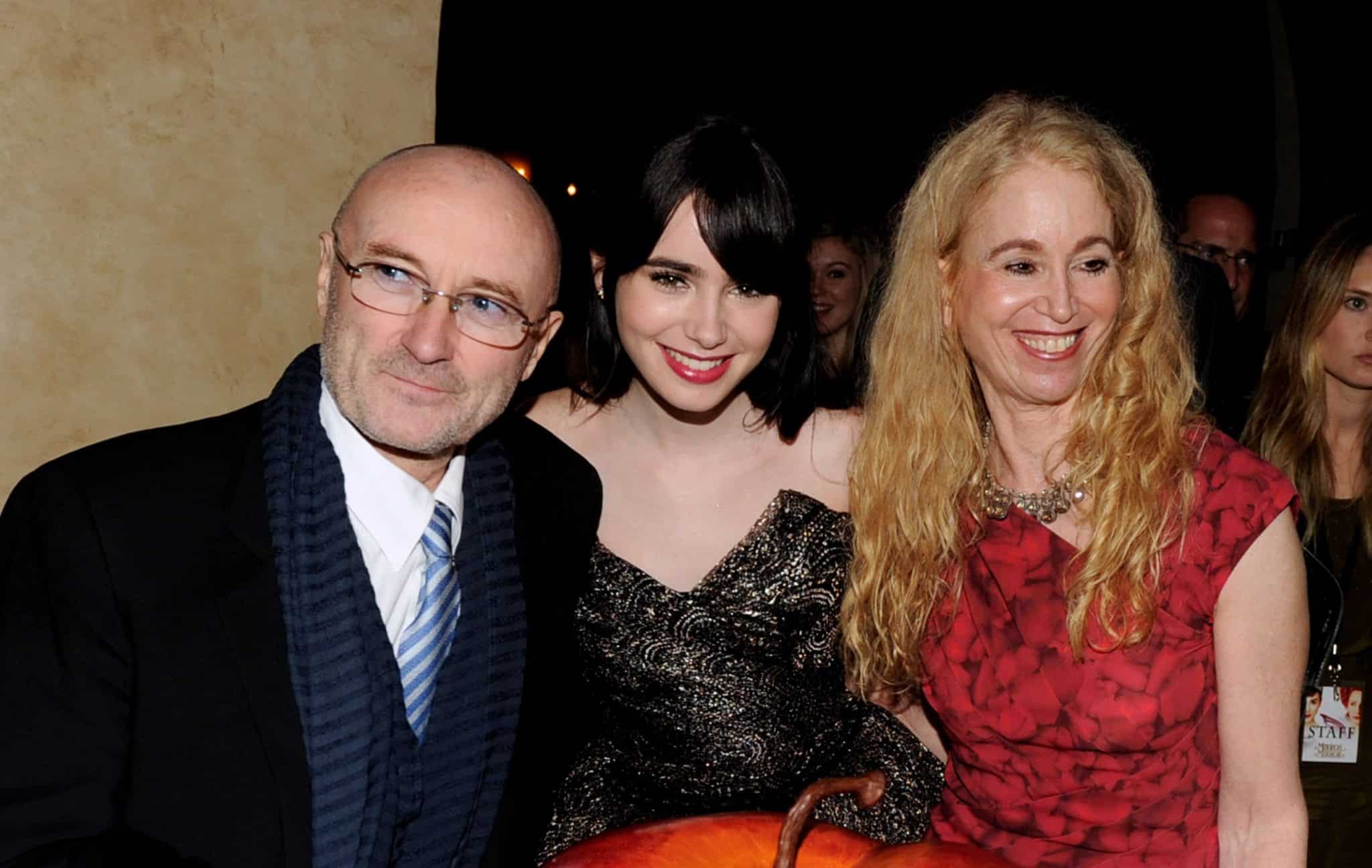 Who is Jill Tavelman?

Jill is an American architect, businesswoman, and an actress, but is possibly best known to the world as the ex-wife of famous English musician Phil Collins.

Jill was born on 9 April 1956, in Los Angeles, California, USA. She’s the daughter of Jane Hale, a theater artist and actress, while her father’s name is unknown in the media, but it’s known that he was of Canadian-Jewish ancestry and owned a men’s clothing store in Beverly Hills.

Unfortunately, there is no information regarding her education, though it’s believed that she obtained a bachelor’s degree from one of many prestigious universities in the Los Angeles area.

Posted by Phil Collins Our Hero Forever on Thursday, April 9, 2020

How did Phil Collins and Jill Tavelman Met?

Jill was a celebrity woman in Beverly Hills, serving as the president of the Beverly Hills Women’s Club. The couple met in 1980 after the concert Phil held with his band Genesis at the Greek Theatre in Los Angeles; Phil recognized how special she was, and the two hit it off immediately. In the years to come, Jill inspired some of his songs, such as “This Must Be Love”, “You Say Our Love is Blind”, and “Only You Know I and I Know”, among others.

After four years of dating, the couple married on 4 August 1984. Jill was Phil’s second wife, and she gave birth to Lily Jane Collins five years into their marriage, on 18 March 1989. Lily is now an actress and model, possibly best known as Clary in the film “The Mortal Instruments: City of Bones” (2013), and as Rosie Dunne in the film “Love, Rosie” (2014).

Unfortunately, the duo started experiencing marital problems in the early ‘90s, which led to their eventual divorce in 1996. Phil cheated with Lavinia Lang, a former drama school classmate while touring with Genesis in 1992. They were together in the past and were even engaged, but didn’t marry. In 1994, Phil admitted that he was no longer in love with Jill and filed for divorce the same year.

During the marriage and after it, Jill was the constant presence in Lily’s life, and she was the one who raised her as Phil often went on tour with the band. They have remained close to this day, and Lily has only words of praise for her mother.

Jill never remarried, and now owns Waverly on Doheny, an antique store in West Hollywood, California, which she started in 2014. She has explained that her love for antiques stems from her childhood, as she was a collector of various items.

Philip David Charles Collins was born on 30 January 1951, in London, England, the son of Greville Philip Austin Collins, an insurance agent, and his wife June, a booking agent at the Barbara Speake Stage School. He is the youngest of three children and has an older sister, Carole, who was a professional ice skater and a theatrical agent, and an older brother Clive, a cartoonist.

hen five years old, Phil was given a toy drum kit for Christmas, and as he got older, he took more interest in music. When he was seven years old, he took part in a talent contest, during which he performed “The Ballad of Davy Crockett”, but stopped the orchestra during the performance as he realized that they were playing in the wrong key.

He went to Chiswick County Grammar School, during which time he formed two bands, The Real Thing and The Freehold.

Before pursuing music professionally, he aspired to become an actor, but after numerous unsuccessful auditions, he joined Cliff Charles Blues Band, touring the country with them, and later John Walker’s backing band, with whom he toured Europe.

He joined the band Genesis in 1970 as a drummer, and would later take up the vocal duties. The band suffered commercially until the mid- ‘70s – their first albums that did commercially well were “A Trick of the Tail” and “Wind & Wuthering”, both released in 1976.

The mainstream success coincided with Phil assuming the vocal role, and becoming the leading figure of the band. Their first No. 1 album, “Duke” came out in 1980, and achieved platinum status, and they continued very successfully throughout the decade, with such releases as “Abacab” (1981), “Genesis” (1983), and “Invisible Touch” (1986), all of which topped the UK chart, and achieved multiple platinum certifications.

The last studio album on which Phil performed was the 1991 release “We Can’t Dance”, which also topped the charts and achieved five times platinum status in Britain; he left the band in 1996 but sang with them on reunion tours in 2006 and 2020.

Collins has also had a successful solo career, releasing such albums as “Face Value” (1981), which topped the UK chart and achieved five times platinum status in Britain, then “No Jacket Required” (1985), which topped charts in various countries, including UK and USA, followed by “…But Seriously” (1989), which is his most popular album, topping charts in UK, USA, Australia, Canada, Sweden, Germany, and other countries. His most recent album, “Going Back”, was released in 2010.

He has been married and divorced three times – before Jill, he was married to Andrea Bertorelli from 1975 to 1980, with whom he has a son Simon Collins, a musician, while Phil also adopted Andrea’s daughter Joely, who was born in 1972, now an actress and producer.

Three years after the divorce from Jill was finalized, Phil married Orianne Cevey, who worked as his translator on his 1994 tour, when just 22 years old. The couple welcomed two sons, Matthew and Nicholas, before divorcing in 2006.