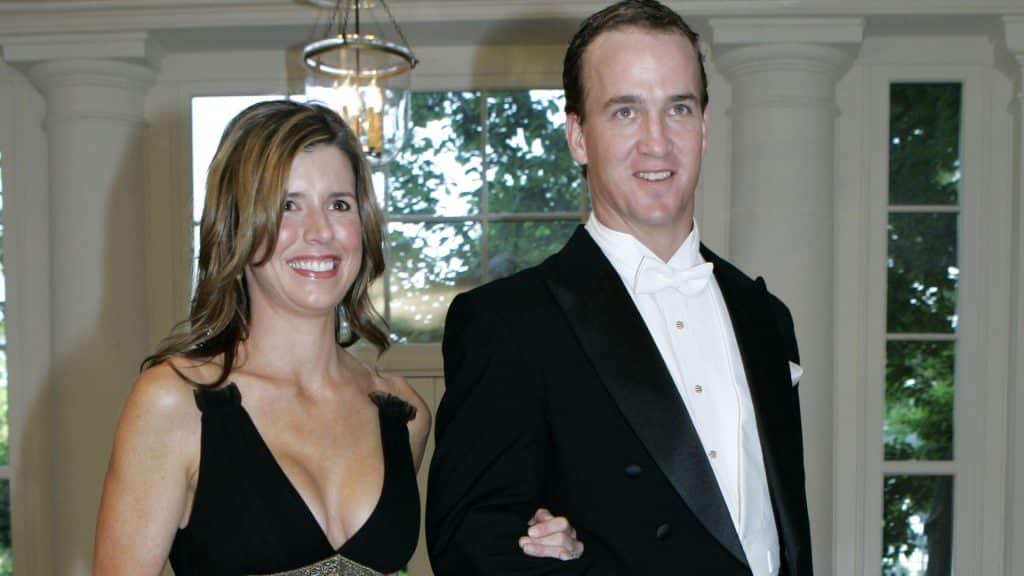 Who is Ashley Manning?

Ashley Manning is an American real estate developer and business executive; however, she is probably more widely known as the wife of American Football quarterback Peyton Manning.

Ashley Thompson Manning was born on 2 December 1974, in Memphis, Tennessee, USA, the daughter of Bill Thompson, an investment banker, and his wife Marsha, a stay-at-home mom. She has three siblings, brother William Van Thompson III, and two sisters, Leigh Sanders and Allison Thompson.

She was focused on academics from an early age, and in her junior years was in a program called Service Over Self, which helps restore old houses in Memphis.

After high school, Ashley enrolled at the University of Virginia, from which she graduated with a major in Finance and Marketing in 1997.

Ashley then joined her father’s company, and slowly learned about the business under her father’s guidance. Two years later, Ashley launched her own real estate development company – she first operated in Memphis, developing luxurious properties, including residences and other buildings.

Gradually, her company grew, and she was able to expand into other areas and countries as well. Unfortunately, Ashley hasn’t talked much about her professional success, and is now more focused on her family life.

She is one of the owners of the professional basketball club Memphis Grizzles, that competes in the National Basketball Association (NBA) league.

According to sources, Ashley Manning’s net worth is estimated at $4 million, as of late 2022.

Ashley met Peyton with the help of her next-door neighbor. The two were attending the same fraternity party in 1994, and though they didn’t start dating immediately, they both felt something, and a month later, the couple confirmed their romance and began dating.

Happy Anniversary Peyton and Ashley Manning! The iconic NFL QB and his wife are celebrating 17 years of marriage today!

Fast forward seven years later, the couple married on St. Patrick’s Day in 2001. Since then, they have welcomed twins, son Marshall Williams and daughter Mosley Thompson, born on 31 March 2011. The family resides in Denver, Colorado, USA, in a house Peyton paid $4.5 million for in 2012.

Peyton Williams Manning was born on 24 March 1976, in New Orleans, Louisiana, USA, the son of Archie Manning, a former National Football League (NFL) quarterback, and Olivia Williams. His younger brother is Eli Manning, also a quarterback and a two-time Super Bowl champion and MVP. He has an older brother, Cooper Archibald Manning, who is currently the host of the show “The Manning Hour”.

Peyton attended Isidore Newman School in New Orleans, during which time he played football for the Greenies, and became the best player in the school’s history, leading the team to a 34-5 record in three seasons, and won a number of awards, including being named Gatorade Circle of Champions National Player-of-the-Year.

A number of recruiters recognized his skill, as he received offers from 60 colleges, such as LSU, Texas, Ole Miss, Florida, and Tennessee, among others.

He opted for the University of Tennessee and its team Volunteers. The future star quarterback showcased all his skills at the university, by becoming the all-time leading passer with 11,201 yards for 89 touchdowns.

He was selected by the Indianapolis Colts as the first pick overall in the 1998 NFL Draft. Peyton was the starting quarterback in his rookie season, but the Colts ended with a 3-13 record. However, his 26 passing touchdowns and most interceptions in a rookie year earned him the NFL All-Rookie First Team.

The team improved the following year, as Manning led the Colts to a 13-3 record with another 26 passing touchdowns. His playing earned him his first Pro Bowl appearance, while the team reached the post-season, but lost to the Tennessee Titans.

He remained with the Colts until the end of the 2011 season, setting numerous records both within the franchise and in the entire NFL.

He won the Super Bowl with the Colts in the 2006 season, the team from Indianapolis facing the Chicago Bears and being victorious with a 29-17 score on the board. Peyton contributed to the win with 247 passing yards and one touchdown, which earned him the Super Bowl MVP title. Moreover, Manning was the recipient of the ESPY for Best Championship Performance.

In 2011, Manning signed a five-year deal with the Colts for $90 million. However, neck surgery left him with damaged nerves, and he missed the entire 2011 season. He was later released by the Colts, but was picked up by the Denver Broncos in 2012. He played for the Broncos through to the 2015 season, admitting later that he didn’t have feeling in his fingertips throughout his stint in Denver.

He was the regular quarterback for the Broncos, and in 2013 he was named the Comeback player of the year with 55 passing touchdowns and 5,477 yards. Manning won his second Super Bowl in 2015, against the Carolina Panthers, which ended with a 24-10 victory.

Manning is a devoted Christian and said his priorities are faith, family, friends, and football. In 2000, he co-authored the book with his father entitled “Manning: A Father, His Sons, and a Football Legacy”.

He is known for his philanthropic activities too, having set up the Peyback Foundation not long after launching his NFL career, which focuses on helping disadvantaged children, in the areas of Louisiana, Indiana, Colorado and Tennessee.

According to reports, Peyton Manning’s net worth is over $200 million, as of late 2022.