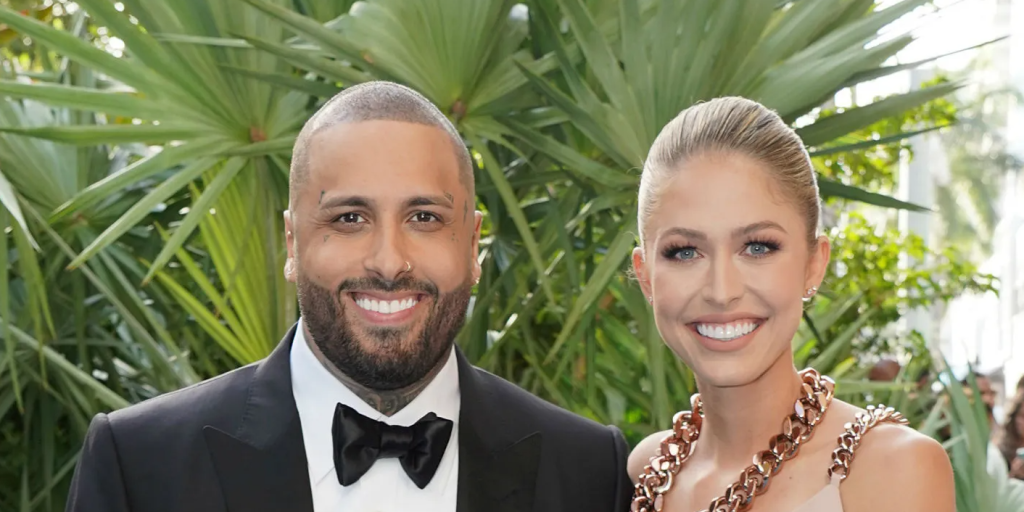 A former Division-I college track athlete, and currently model and social media star, Cydney Moreau came into the limelight after it was revealed that she’s in a relationship with famous singer and actor Nick Rivera Caminero, better known by his stage name, Nicky Jam.

Cydney was born under the zodiac sign of Sagittarius on 19 December 1994, and is a Louisiana, USA native, although she hasn’t revealed her exact birthplace; it’s known that now she resides in Miami, Florida.

Cydney is quite secretive when it comes to her personal matters, thus she hasn’t spoken about her parents, childhood and any siblings, however, it’s known that she was raised by her parents in her hometown, where she attended a local high school.

Upon matriculating in 2012, Cydney enrolled at the University of Louisiana, from which she graduated with a Bachelor’s degree in Business Management in 2015.

As mentioned, during her college days Cydney was a track athlete, however, as she said, she had an interest in modeling from an early age, and dreamed of becoming a famous model, such as her idol, Gisele Bundchen.

Cydney signed for Wilhelmina Models in 2019, and since then has worked with numerous popular brands, including Sephora, Gemonay jewelry, and Bahimi, among others.

With an army of over 1.2 million followers on her Instagram account, Cydney certainly deserves to be called a social media influencer, which she cleverly uses to promote her work and her new Fitness Application; she’s also one of the partners of The Nightfall Group, a luxury rentals company.

Cydney established her Twitter account in July 2021, however, it seems that she doesn’t use this platform, since she has no tweets on it. Both of her accounts can be found under the name ‘cydrose’.

Cydney and Nicky Jam met on the set of his music video for the song “Atrevete” in 2019 – Cydney played Nicky Jam’s love interest, and it turns out that in real life, he fell for her, and she also felt the same.

The two publicized their relationship in December 2019 through their Instagram accounts, and on Valentine’s Day in the following year, Nicky Jam proposed to Cydney, and she said ‘yes’. He posted a photo featuring himself on one knee with an engagement ring in his hand, and in the caption he wrote: ‘The best Valentine’s of my life. I love you @cydrrose. I hope we last until we’re old. I’m the happiest man in the world, and no one is going to change that,’ and Cydney responded: ‘Yes a million times, I love you so much. I can’t wait to spend the rest of my life with you. Best day ever.’

The day of the wedding hasn’t been revealed because of the Coronavirus pandemic, and both Cydney and Nicky Jam said that they have family members who are at a delicate age and they didn’t want to risk it, adding that as soon as life goes back to normal, they will set a date.

Cydney and Nicky Jam often posted their joint photos, and seemed like they’re in love, so when rumors about their break-up started, their fans were devastated, since many of them commented on how their relationship is perfect and full of love and support.

When the fans realized that Nicky Jam spent the 2021 Valentine’s Day alone, it was clear that something was happening with the couple, and then in his interview for the radio show Flow Urbano, Nicky Jam said that they are not together, and that there is no chance for a reconciliation, adding:

‘The situation of the pandemic, of quarantine, affected the situation a bit, and the truth is it just didn’t work out. There are lots of things involved,’ he continued, citing differing cultures and languages as one of the reasons, ‘Many little things that at the end, it didn’t work out’.

So far, Cydney hasn’t commented about their break-up.

What happened after they separated?

It seems that both Cydney and Nicky Jam continued on with their lives, and Cydney again came into the limelight after it was discovered that she and her new boyfriend, Antonio Brown, were accused of obtaining fake vaccine certification, in November 2021.

According to reports, Cydney was the one who asked for a fake certificate from a live-in chef, Steven Ruiz, and he shared a text message conversation that he had with Cydney, in which she asked Steven if he could obtain the card, adding that Antonio said he would give him $500.

Cydney denied that she had a communication with the chef, however, according to Tampa Bay Times, the ‘phone number used in this conversation belongs to her.

Antonio Brown is an American Football wide receiver, who played for the Pittsburgh Steelers in the National Football League (NFL), and then in the 2021 season for the Tampa Bay Buccaneers.

After the affair with the vaccine certification, he was officially released on 6 January 2022.

As of June 2022, it seems that Cydney and Antonio are still in a relationship.

Who is Nicky Jam?

Nicky Jam was born on 17 March 1981, in Lawrence, Massachusetts USA, thus he holds American nationality although he comes from a family of Dominican and Puerto-Rican descent. He rose to prominence after he collaborated with other Latin artists such as Daddy Yankee and Ozuna, among others, and today he’s known as one of the best reggaeton singers.

His hit songs, “Travesuras”, “El Perdon”, “X”, and “El Amante” brought him worldwide recognition, and during his music career, he’s released six studio albums, while his most successful was from 2017, entitled “Fenix”.

Speaking of his personal life, before his relationship and engagement with Cydney Moreau, he was in a marriage with Angelica Cruz from 2017 until 2018. It’s known that Nicky Jam has four children, two born in 2002, and the others in 2005 and 2012, however, it’s not known who the mothers of these children are.

Some rumors are saying that Nicky Jam is currently in a relationship with Colombian model, Grecia Viloria.