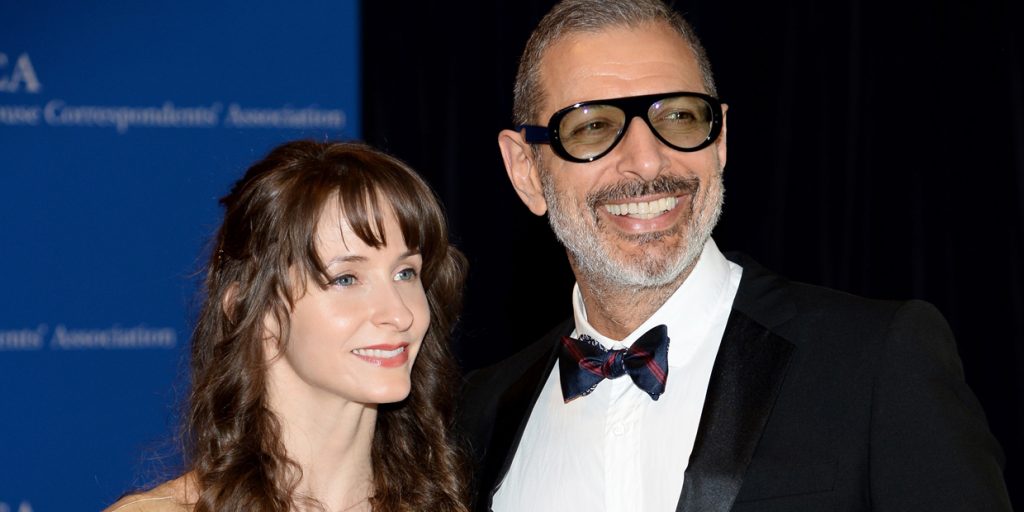 Who is Emilie Livingston?

Emilie was born under the zodiac sign of Capricorn on 4 January 1983, in Etobicoke, Ontario, where she was raised by her French mother and Canadian father, whose names and professions she hasn’t revealed.

At the age of ten, Emilie moved to Novogorsk, near Moscow, Russia, where she trained with the Russian rhythmic gymnasts, and coaches Lusi Dimitrova and Irina Viner.

Emilie was a body double for Rihanna in the movie “Valerian and the City of a Thousand Planets”, performing pole dance scenes, and was a stunt stand-in for aerial work for Emma Stone in the movie “La La Land”.

Currently, Emile works as an intuitive stretch body movement coach, and on her Instagram, you can find her website to apply for her classes.

Emilie and Jeff met each other at the gym, and it seems that it was one of those fateful encounters which change your life. Soon after they met in early 2011, the two started dating, and became engaged in July 2011.

On 8 November 2014, Emilie and Jeff exchanged their wedding vows at the Chateau Marmont hotel in Los Angeles, California, in the presence of their families and friends.

As we know, almost every love story has something that people around them don’t approve of that easily, and this love story was a thorn inside people because of the age differences between Emilie and Jeff. When they started dating, Emilie was 29 years old, while Jeff was 59. The two didn’t pay much attention to the rumors and gossip, and in one of their interviews, they shared that before they decided to marry, they went to therapy, and Emile added: ‘We were just honest and aware from day, one and took our relationship day by day until I had to express my feelings of wanting a family with HIM, and to share the rest of my life with his beautiful soul!’

Well, her wish to have a family with Jeff came true, and on 4 July 2015 she gave birth to their first son, Charlie Ocean, while their second son River Joe, was born on 7 April 2017. Jeff shared that he would like to have a daughter with Emilie, however, she said that, for now, she’s satisfied with two children.

As of April 2022, Emilie and Jeff are still together, and raising their sons in their residence in Los Angeles.

Who is Jeff Goldblum?

If you are a fan of the “Jurassic Park” movies franchise, you are certainly familiar with the Doctor Ian Malcolm, which is one of the Jeff’s most notable roles, although he has over 125 acting credits to his name, and it’s hard to pick which role has brought him the most fame.

However, it’s worth mentioning his work as the director of the movie “Little Surprises”, which brought him the Oscar nomination for Best Short Film, Live Action, in 1997.

Jeffrey Lynn ‘Jeff’ Goldblum was born on 22 October 1952, in Pittsburgh, Pennsylvania USA; he holds American nationality and comes from a family of Russian- and Austrian-Jewish descent. He started his acting career performing on the New York stage, while he made his first big-screen appearance in “Death Wish” in 1974, and then he made his television debut in the series “Columbo” in 1975.

During the ‘80s and the early ‘90s, Jeff was seen in numerous movies such as “The Sentinel”, “Remember My Name”, “The Right Stuff”, “Beyond Therapy”, and “Twisted Obsession” among others, before he was cast to play Malcolm in “Jurassic Park” in 1993.

In the following years, Jeff was seen starring in “Nine Months”, “Powder”, and “The Great White Wipe” before 1996, when he was cast to play one of his notable movie roles, as David Levinson in the science-fiction adventure action “Independence Day”, also starring Will Smith and Bill Pullman – the movie had 35 wins, including the Oscar for Best Effects, Visual Effects.

In the late ‘90s, the audience enjoyed Jeff’s reprised role as Ian Malcolm in “The Lost World: Jurassic Park”, followed by his starring in “Holy Man” and “Welcome to Hollywood”, while in 1998 he was heard as the voice of Aaron in the animated movie “The Prince of Egypt”.

Some of his notable roles in the early 2000s are his portrayal of Stewart in “Man of the Year”, followed by his roles in “The Switch”, “Morning Glory”, and “Tim and Eric’s Billion Dollar Movie”, among others.

Snag some jazz with us this Wednesday May 3 at Rockwell Table & Stage. I'll be there along with John Storie, James King,…

In the following years, Jeff starred in “Mortdecai”, “Independence Day: Resurgence”, “Thor: Ragnarok”, and “Hotel Artemis”, and reprised his role as Ian Malcolm in “Jurassic World: Fallen Kingdom”, in 2018.

Jeff’s fans can see him in the series “Search Party”, and he’s completed filming of the fourth sequel of the “Jurassic Park” saga, entitled “Jurassic World Dominion”, and four other movies starring himself are in post-production.