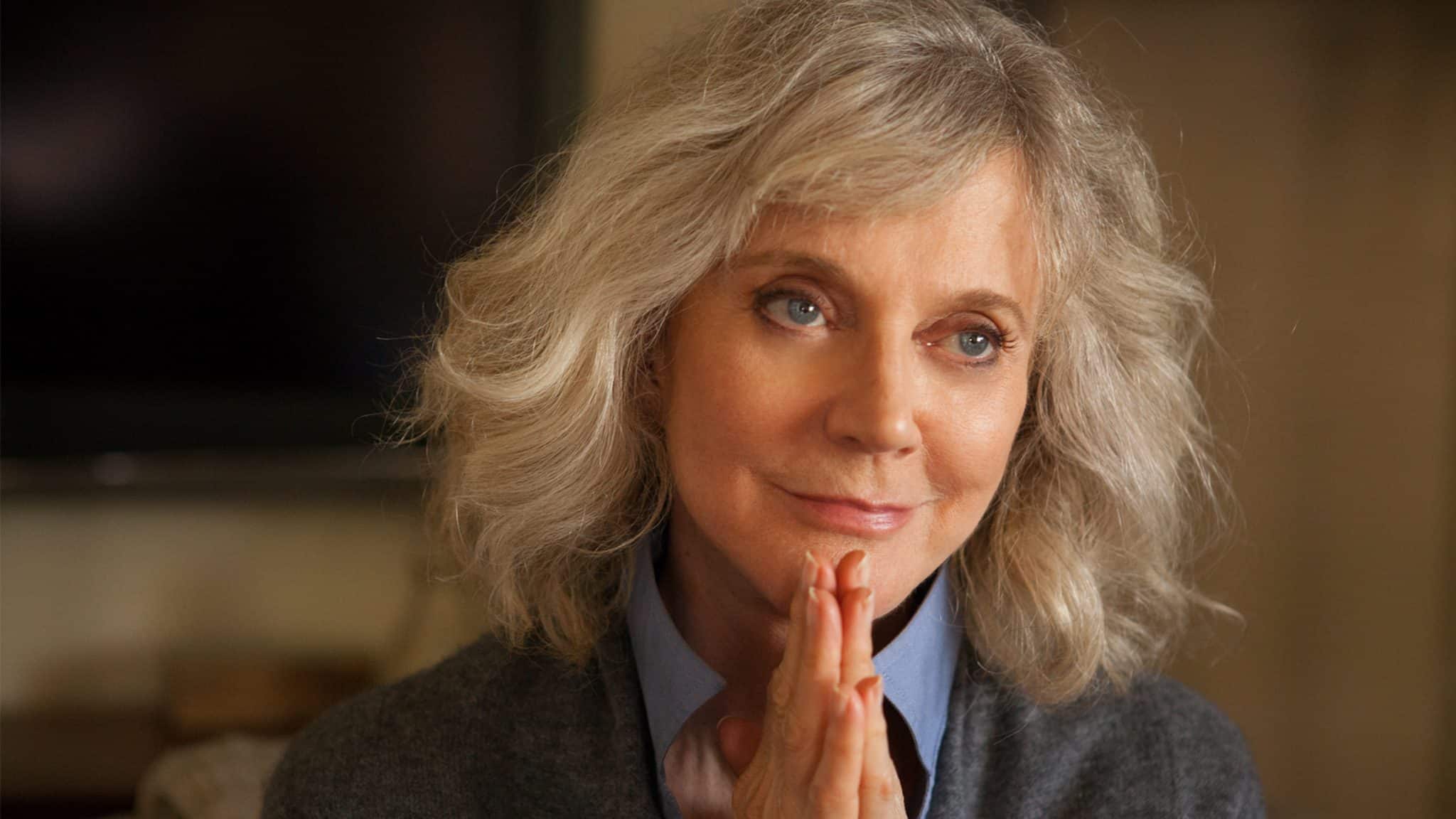 Who is Blythe Danner?

Blythe Danner is an American Primetime Emmy Award and Tony Award-winning actress, perhaps still best known as Isabelle’ Izzy’ Huffstodt in the TV series “Huff” (2004-2006) and as Tara Walton in the film “Paul” (2011), but also as the mother of the popular actress and singer, Gwyneth Paltrow.

Blythe Katherine Danner was born on 3 February 1943, in Philadelphia, Pennsylvania, USA. She is one of three children born to Harry Earl Danner, a bank executive, and his wife, Katherine. Her siblings are Harry Danner, an actor and opera singer, and Dorothy ‘Dottie’ Danner, a director and actress.

Of German, Irish and English ancestry, Blythe went to George School, from which she matriculated in 1960, after which she got her drama degree from Bard College.

Blythe then launched her career, and first appeared on stage, making her debut in the role of Laura Wingfield in the 1965 play “The Glass Menagerie”, performed at Theater Company of Boston. Two years later, she was Irina Prozorova in the play “Three Sisters”, and in 1968, she portrayed Sister Marthe in the play “Cyrano de Bergerac”.

During this time, she was also enjoying success on screen, but she continued to raise applause in theaters. In 1988, Blythe starred as Beatrice in the play “Much Ado About Nothing” at Delacorte Theater, and as Blanche DuBois in the play “A Streetcar Named Desire”.

She began the ’90s with the role of Rosemary Sydney in the play “Picnic” (1991) at the Williamstown Theatre Festival. Then in 1995, she was Bel in the play “Moonlight” at Laura Pels Theatre. In 2001 she earned a third Tony Award nomination for her portrayal of Phyllis Rogers Stone in the play “Follies”. Five years later, she was Violet Venable in the play “Suddenly Last Summer”, for which she received Drama Desk Award nomination in the category for Outstanding Actress in a Play.

Her latest stage appearance was as Anna Paterson in the play “The Country House” (2014), performed at Samuel J. Friedman Theatre.

Blythe made her on-screen debut in 1968, with a minor role in the TV series “N.Y.P.D.”, while in 1970, she was Agnes Nolan Cohan in the television biopic about the biggest Broadway star, George M. Cohan, simply entitled “George M!”, with Joel Grey, Bernadette Peters and Jack Cassidy in the lead roles.

The following year, Blythe starred in the thriller-drama movie “Dr. Cook’s Garden”, and in 1972 she was one of the main stars of the fantasy romantic drama movie “The Scarecrow”, alongside Nina Foch and Norman Lloyd.

Two years later, Blythe starred with Peter Fonda in the sci-fi thriller film “Futureworld”, while in 1977, she starred in the Primetime Emmy Award-nominated television biopic “A Love Affair: The Eleanor and Lou Gehrig Story”, next to Edward Herrmann.

Before the ’70s ended, Blythe had starred in the Oscar-nominated drama film “The Great Santini” with Robert Duvall and Michael O’Keefe, and also starred in the Primetime Emmy Award-winning comedy movie “You Can’t Take it with You”.

In 1988 she appeared in Woody Allen’s drama film “Another Woman”, with Gena Rowlands, Mia Farrow, and Ian Holm in the lead roles, while she finished the decade with the co-starring role in the television mystery movie “Money, Power, Murder.”.

Blythe began the ’90s with a part in the Academy Award-nominated drama film “Mr. & Mrs Bridge”, with Paul Newman, Joanne Woodward and Saundra McClain in the lead roles, then she again worked with Woody Allen on his Oscar-nominated romantic comedy film “Alice”.

In 1991, Blythe starred with Nick Nolte, and Barbra Streisand in the multiple Academy Awards nominated film “The Prince of Tides”, directed by Barbra Streisand and based on the novel of the same title by Pat Conroy.

Her business relationship with Woody Allen continued with the Oscar-nominated film “Husbands and Wives” in 1992, while in 1998, she was Cassidy in the award-winning sci-fi mystery drama film “The X-Files”, starring the renowned TV couple David Duchovny and Gillian Anderson.

She began the new millennium with the role of Dina Byrnes in the romantic comedy film “Meet the Parents” (2000). A year later, she joined the cast of the eponymous sitcom “Will & Grace” as Marilyn Truman, and until 2020 she appeared in 15 episodes.

In 2002 she starred as Corinne Mulvaney in the television drama movie “We Were the Mulvaneys”, which earned her a Primetime Emmy Award nomination, and the following year she played Aurelia Plath, the mother of the writer and poet Sylvia Plath, who was portrayed by Blythe’s daughter Gwyneth Paltrow, entitled “Sylvia”.

From 2004 to 2006, Blythe starred as Isabelle’ Izzy’ Huffstodt in the TV comedy-drama series “Huff”, which won her two Primetime Emmy Awards in the category for Outstanding Supporting Actress in a Drama Series.

Despite aging, Blythe refused to slow down and is still active as an actress. She featured in the comedy mystery-crime film “Murder of a Cat” (2014), starring alongside Fran Kranz and Aidan Andrews, while in 2015, she was the main star of Brett Haley’s romantic comedy-drama film “I’ll See You in My Dreams”.

Next, three years later, Blythe starred in the comedy-drama film “Hearts Beat Loud”, alongside Nick Offerman and Kiersey Clemons, and then in 2019 appeared in Noble Jones’s romantic drama film “The Tomorrow Man”.

In 2021, she joined the eponymous TV fantasy mystery-drama series “American Gods” for three episodes as Demeter, while she can now be heard as the voice of Grandma Jones in the animated comedy series “Ridley Jones” (2021-2022).

Blythe was married to producer and director Bruce Paltrow from 1969 until his death from oral cancer in 2002. In addition to Gwyneth, Blythe gave birth to Jake Paltrow, who is now a filmmaker.

Additional to acting, Blythe is a talented singer; however, she damaged her voice during her Broadway debut, which later left her with the husky and raspy voice we know her for.

She is involved with the non-profit Oral Cancer Foundation, and raises funds having launched the Bruce Paltrow Oral Cancer Fund.

Blythe is an environmental activist; she’s active with INFORM, INC., and sits on the board of Environmental Advocates of New York, and the Board of Directors of the Environmental Media Association.

Back in 2002, she was the recipient of the 2002 EMA Board of Directors Ongoing Commitment Award, while in 2011, she became a member of the Moms Clean Air Force.

She practices transcendental meditation, saying that it has helped her a lot in preserving both her physical and mental health.

Gwyneth Kate Paltrow was born on 27 September 1972, in Los Angeles, California, USA – her godfather is renowned director Steven Spielberg. Gwyneth grew up in a relatively wealthy household in Santa Monica, California, USA, and went to Crossroads School. She later attended the all-girls private Spence School in Manhattan, after which she studied art history at the University of California, Santa Barbara; however, she never finished her studies, as she wanted to focus on her acting career.

Gwyneth made her acting debut in 1991, with the role of Rebecca in the romantic drama film “Shout”, with John Travolta, Jamie Walters and Heather Graham in the lead roles. She enjoyed massive success throughout the ’90s, appearing in numerous successful projects, despite being new on the acting scene.

In 1993, she starred with Nicole Kidman and Alec Baldwin in the mystery thriller film “Malice”, and in 1995 portrayed Thomas Jefferson’s daughter Patsy, in the biopic about their lives in Paris, entitled “Jefferson in Paris”.

The same year she starred as Tracy in the eponymous thriller “Se7en”, directed by David Fincher, and starring Morgan Freeman, Brad Pitt, and Kevin Spacey, while in 1996, she was Emma in the Academy Award-winning romantic comedy-drama film “Emma”, based on the novel of the same name by Jane Austen, about a young 19th century Englishwoman who is great at matchmaking her friends and neighbors, but struggles to find true love for herself.

She won the Oscar in the category for Best Actress in a Leading Role for portraying Viola De Lesseps in the historical comedy-drama film “Shakespeare in Love” (1998), co-starring Joseph Fiennes and Geoffrey Rush.

The same year, Gwyneth starred in the romantic drama film “Great Expectations”, based on the popular novel by Charles Dickens, but with a modern outlook.

Since the start of the new millennium, Gwyneth has appeared in a number of successful projects, which has put her on the list of Hollywood greats. She starred in Wes Anderson’s Oscar-nominated comedy-drama film “The Royal Tenenbaums” (2001) with Gene Hackman and Anjelica Huston. Then, she starred as Sylvia Plath in the biopic “Sylvia” (2003) about her relationship with poet Edward James ‘Ted’ Hughes, while in 2004, she starred with Jude Law in Kerry Conran’s award-winning action mystery film “Sky Captain and the World of Tomorrow”.

To speak further of her accomplishments, Gwyneth portrayed Beth Emhoff in the film “Contagion” (2011), while from 2010 to 2014, she portrayed Holly Holliday in the TV series “Glee”. Her latest role was as Georgina Hobart in the Primetime Emmy Award-nominated comedy-drama series “The Politician” (2019-2020).

In addition to acting, Gwyneth is a model, a businesswoman, and an author.

Gwyneth has been in several high-profile relationships, including becoming engaged to Brad Pitt, whom she dated from 1994 to 1997, and she was in an on-again-off-again romance with actor Ben Affleck from 1997 to 2000.

She was married to Coldplay singer Chris Martin from 2003 to 2016, with whom she has two children. Since 2018 she has been married to producer and director Brad Falchuk.