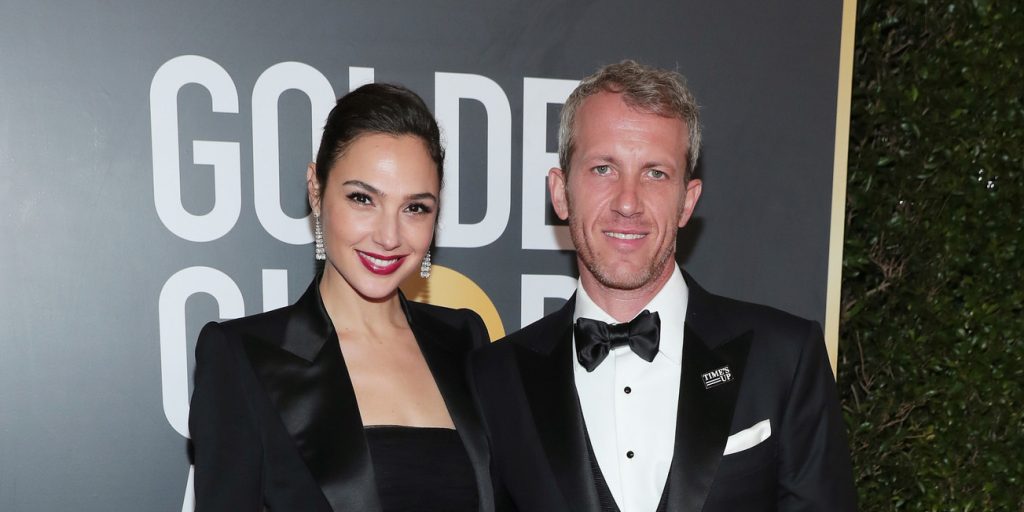 Who is Jaron Varsano?

Yaron ‘Jaron’ Varsano was born in Israel, on 28 June 1975 – his zodiac sign is Cancer, and he holds Israeli nationality. He’s a businessman, but is probably known best to the public for being the husband of famous Israeli actress and model Gal Gadot-Varsano.

Jaron was raised in Israel alongside his younger brother, by their father Daniel Varsano and mother Irit; Daniel was a successful real estate developer in Israel, while Irit was a housewife. Jaron grew up being urged by his father to focus on his education, so that he would eventually be able to pursue a college degree. He was quite sporting during his teenage years, as he enjoyed playing soccer and basketball with his friends, as well as swimming and running.

Jaron also tried out his acting skills with the school’s drama club. Upon matriculating in 1993, he moved to the US and enrolled at New York Institute of Technology, from which he graduated with a Bachelor’s degree in 1997.

Not a lot is known about Jaron’s career, as he prefers to keep it away from the media’s attention, however, it’s believed that it was his father who helped him launch his own company, which today builds and sells premium properties. Jaron’s today also an investor, but has kept his investments a secret.

Both Jaron and Gal prefer to keep the details of their love life away from the media’s attention, but have still allowed their fans to have a glimpse into it.

They met at a party in 2005, which Gal has described in an interview as boring; so the two talked a lot, exchanged ‘phone numbers, and went on a date a couple of days later. They married in 2008, in a large ceremony attended by many of their friends and family members. Gal gave birth to their first daughter Alma in November 2011, and their second daughter Maya followed on 21 March 2017, and in June 2021, Gal gave birth to their third daughter, Daniella Varsano. Neither Jaron nor Gal have spoken of any other people whom they have perhaps been with, and as of June 2022, Jaron’s married to Gal Gadot, and they have three daughters together.

Jaron’s quite active on Instagram, and seems to enjoy the attention which he’s receiving from his close to 200,000 followers; he has uploaded over 160 pictures onto the network, the majority of which feature him spending time with his wife. He’s passionate about travelling, and has been all around the world for both work and pleasure – Jaron can often be seen keeping Gal company during her red carpet events – his dream travel destination is Mumbai, India. He’s a philanthropist, and together with Gal has donated money to various charity organizations, mostly those which aim to help underprivileged children. Jaron has his own favorite actors and actresses, some of whom are Dwayne ‘The Rock’ Johnson, Bruce Willis and Amanda Seyfried, while a couple of his favorite movies include “Jumanji”, “Pulp Fiction” and “Les Miserables”.

Who is his wife Gal Gadot?

Gal Gadot-Varsano was born in Petah Tikva, Israel, on 30 April 1985 – her zodiac sign is Taurus, and she holds Israeli nationality. She’s appeared in close to 40 movies and TV series, while she’s perhaps known best for her portrayal of the lead character Diana Prince in the 2020 action adventure fantasy movie “Wonder Woman 1984”. It was written and directed by Patty Jenkins, also starred Chris Pine and Kristen Wiig, and follows Wonder Woman as she has to save Earth from a man in possession of an artifact which grants wishes; the movie won 16 of the 59 awards for which it was nominated.

Gal was raised in Petah Tikva alongside her younger sister Dana, by their father Michael Gadot who was an engineer, and their mother Irit (nee Weiss) who taught physical education at a local high school; the family moved to Rosh HaAyin, Israel before Gal turned 10. She became interested in dancing at a very early age, and went on to take jazz and hip hop dancing lessons for 12 years. She began working when she was 16, and some of her first jobs were at Burger King, and being a babysitter. Gal studied at Begin High School, and in the same year that she matriculated – 2003 – she was crowned Miss Israel.

She joined the Israel Defense Forces aged 20, as is mandatory for all Israelis, and upon completing her military service two years later, she enrolled at IDC Herzliya, from which she graduated with a Law degree in 2011.

Gal made her debut acting appearance in the 1999 episode “Imperyat Ha-Hushim” of the comedy series “Shemesh”, and her following role came eight years later, when cast to play Miriam ‘Merry’ Elkayam in an episode of the drama series “Bubot”. She became popular in 2009, after having played Gisele in the critically acclaimed action crime thriller “Fast & Furious”, directed by Justin Lin, and which starred Vin Diesel, Paul Walker and Michelle Rodriguez.

It follows FBI agent Brian O’Conner who teams up with street racer Dominic Toretto in an attempt to bring a heroin importer to justice; the movie won six of the 11 awards for which it was nominated.

A couple of Gal’s following notable performances were in the action crime thriller movie “Fast Five”, and the crime comedy series “Asfur” both in 2011, and the 2012 drama mini-series “Kathmandu”. The year 2016 saw her play Jill Pope, one of the main characters in the action science fiction thriller movie “Criminal”, directed by Ariel Vromen, and which also starred Kevin Costner and Ryan Reynolds. It follows a death-row inmate, who has had a dead CIA operative’s memories implanted into his brain.

Some of Gal’s most recent roles have been in 2021, in the action comedy thriller movie “Red Notice” and the short comedy film “Red Notice – Untrustworthy Spoilers”, and in the 2022 crime mystery movie “Death on the Nile”. She’s currently shooting for six projects, including the family adventure movie “Disney’s Snow White”, and the action crime thriller film “Heart of Stone”. Gal has won 16 of the 42 awards for which she’s been nominated – some of her wins are two Alpha Pro Awards, a Saturn Award and two Entretenews Awards, all for her performance in “Wonder Woman” and “Wonder Woman 1984”. Gal is also a martial artist, and holds a black belt in both krav maga and karate.