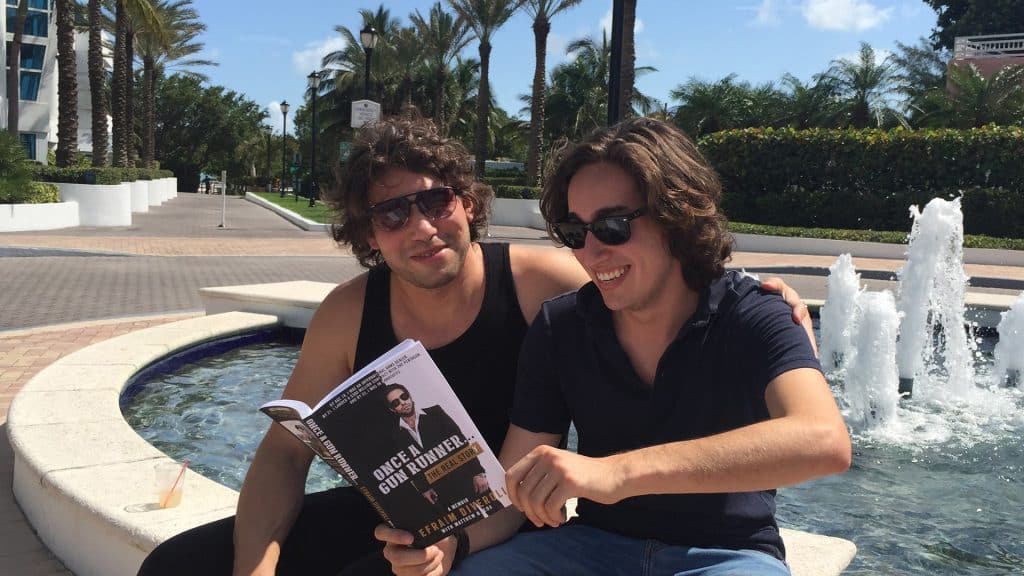 The Untold Truth About Efraim Diveroli – What is he doing now?

Who is Efraim Diveroli?

Efraim Diveroli is an American arms dealer and author, best known to the world through the film “War Dogs” which depicts his life. He is best known for his work with the US government through his AEY, Inc. company.

What is Efraim Diveroli Doing Now?

Efraim is now away from arms dealing, however, he is still in business, currently, the co-owner of Medlink, through which he’s landed federal contracts to make disposable medical gowns.

Efraim Diveroli was born on 20 December, 1985 in Miami Beach, Florida, USA. He is one of three children, the only son of Michael Diveroli and his wife, Ateret. He has two sisters, Avigail and Yeshaya Diveroli. Of Jewish ancestry, Efraim was raised in a strictly traditional Jewish household with all laws. He attended Hebrew Academy in his hometown; however, he was kicked out of high school in ninth grade and went to Los Angeles to work for his uncle. He’s the descendant of one of the wealthiest Los Angeles property owners, Yoav Botach, who is his grandfather, while his uncle is the famed rabbi Shmuley Boteach.

He worked for his uncle for two years, purchasing seized guns and selling them back to law enforcement. However, he had a falling out with his uncle and returned to Miami Beach. At just 15 years old, Efraim told his father he would like to start his own company that would specialize in arms and ammunition trading, primarily under contract to the US government.

He convinced his dad, who then sold him his shell company, AEY Inc, which is named in the initials of Michael’s children.

The company was initially imagined as a small printing business, but Efraim’s father left it without a business plan. Once he took ownership, Efraim teamed up with his high school friend David Packouz, and with financial partner Ralph Merrill transformed the company in the next few years into an arms dealing magnate.

Diveroli chose to get into arms dealing when there was a massive amount of stockpiled weapons across Eastern Europe, ready to be used for a war in the Middle East. This created a narrative of the gray market sellers, and the Pentagon wanted its hands on these aftermarkets.

AEY fitted in the puzzle perfectly – Efraim began bidding on small contracts on government websites, such as FedBizOpps. With the help of Ralph Merrill, they were working to beat more prominent and more popular brands such as Northrop Grumman, BAE Systems, and others.

These small contracts earned him a respectable portfolio and a massive amount of money; hence he became a millionaire before he turned 18 years old.

After some time, Efraim started being recognized by higher-ranked government officers and essentially was awarded a $298 million contract by the Pentagon, essentially to provide weapons to allies in Afghanistan.

Dissolvement of the Empire

Five years into his massive contract, Diveroli found himself talking daily with crooked diplomats and foreign defense ministers, meeting them at various embassies, and dealing with dubious weapons traders.

He was finding shady arms dealers all over the world; however, he was brought down in 2008 when it was revealed that he infringed terms of the contract with the government. According to reports, he was selling banned munitions to the army, manufactured in China.

His actions were reviewed by the US Army, and the ammunition he was selling was ruled unserviceable by the US House Committee on Oversight and Government Reform. Moreover, the company failed to deliver 10,000 Beretta pistols to Iraq, and was supplying the army with unsafe helmets.

"YOU NEVER MONKEY WITH THE TRUTH." – Ben BradleeThe REAL STORY of Arms Dealer Efraim Diveroli is being told for the…

The company was suspended, and it was then discovered that the Chinese ammunition was repacked in Hungary. He was 21 years old when all this was happened.

He pleaded guilty to one count of conspiracy in late August 2008, while another company he owned, Ammoworks, didn’t stop operating during the waiting period. He was seen buying and selling various ammunition and firearms, which became an investigation for the Bureau of Alcohol, Tobacco, Firearms, and Explosives, as he had an order to refrain from possessing firearms and other destructive devices. Efraim received two years for this crime, though these two years ran concurrently with his original sentence of four years, which was handed down on 4 January 2011. His partner in crime was sentenced to seven months ounder house arrest – Packouz and Diveroli aren’t friends or business partners anymore.

Diveroli was out of prison in late 2015, after serving the time in federal prison. He still wasn’t a completely free man, as he was given a supervised release of two years.

The film “War Dogs”, directed by Todd Phillips, came out in 2016, and is based on Efraim’s actions but was heavily fictionalized and dramatized. Efraim filed a lawsuit against Warner Bros, Todd Phillips, and others who worked on the film, including the producer Bradley Cooper. He wanted to stop the release of the film, claiming that it was based on the self-published memoir he co-wrote with the convicted mortgage fraudster Matthew B. Cox.

However, he eventually withdrew the lawsuit, but started another against the memoir co-author Matthew Cox, saying that he had no rights to claim ownership of the book and Efraim’s life story.

As of late 2022, Efraim Diveroli’s net worth is estimated at $25 million, according to sources. He has earned this amount of money despite spending several years in federal prison, as his arms trading was massively successful, and though he had to pay restitution, he could still hold on to a hefty sum.

Efraim, although in the media for most of his life, has restricted media access to his personal life. According to sources, Efraim is living a single life, focused on mending his name, and living far away from his past crimes. According to reports, he has a daughter with his ex-partner, but this story has no further details. He’s still residing in Miami.

The controversial arms dealer has black hair and brown eyes. He stands at a height of 5ft 11ins (1.8m), and weighs approximately 175lbs (80kgs). His vital statistics are unknown, but he has an average build.