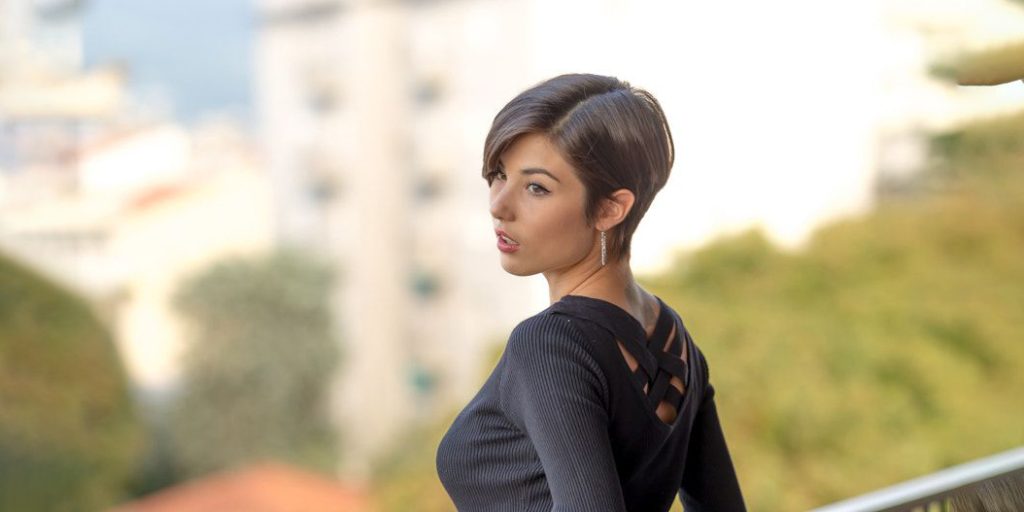 Who is Giorgia Soleri?

With over half a million Instagram followers, and an award-winning celebrity boyfriend, fans of Giorgia Soleri may find it difficult to imagine that the general public still doesn’t know much about their idol.

The beautiful Italian was born on 3rd January 1996, and is a successful model in her own right, despite being known mainly for dating Damiano David, the lead singer of Maneskin. Standing at 5ft 2in (1.60m) tall and weighing about 112lbs (50kgs), Giorgia is just as famous for her stunning bone structure and effortless style, as for her fascinating love life.

Although it’s unclear which agency, if any, Giorgia is currently signed to, the brunette’s cutting-edge Instagram feed has been almost exclusively made up of modelling photos since 2015. From tasteful black and white shots to risqué nude snaps, Giorgia has provided her loyal followers hundreds of different looks over the years, to keep them entertained.

After promoting herself tirelessly for months, Giorgia landed her first modelling job in November 2015, posing for Hangover Magazine in lingerie. In the same month, the social media celebrity took to Facebook to denounce photographers who demanded that she pose naked, stating that it wasn’t her obligation to do so.

Giorgia’s hard work obviously paid off, as in May 2016 the online sensation posed for GQ Italia, where she was praised for her diverse style, and photographed by Alex Aldeghieri. The photoshoot gained Giorgia scores of followers, as well as lucrative ad campaigns with local brands such as Scalo Milano and Anacle Milano.

Over the years, Giorgia has also collaborated with Milena Jeans, Repower, and United Colors of Benetton, done editorial work with Imirage Magazine, and enjoyed the exponential growth of her fanbase. It’s safe to say that the model’s career continues to go from strength to strength, although these days she’s more of a lifestyle blogger and influencer.

Giorgia shot to fame after her boyfriend Damiano won the 2021 Eurovision, and was dubbed the “edgy new king” of the annual singing contest. The public, who wrongly assumed that Damiano was gay due to his penchant for high heels and eyeliner, were certainly surprised to learn that he’d been in a steady relationship with Giorgia since 2017.

Coping well with their newfound fame, Giorgia and Damiano love to support each other in their professional endeavors, and are a liberal couple. When Damiano posed naked in September 2021 with just a basketball to cover his modesty, Giorgia commented “Suddenly I like basketball”, driving fans wild and making the headlines.

Similarly, Damiano has been Giorgia’s constant companion throughout her struggle with endometriosis and adenomyosis following a March 2021 diagnosis. Although the pair prefer to keep their relationship separate from social media, they often comment on each other’s posts, and can be seen together partying or attending events.

For now, it appears that the couple are having fun and are in no rush to become engaged or married, although some Maneskin followers are hoping for an announcement soon.

Born on 8th January 1999, in Rome, Italy, Damiano was brought up by his parents Daniele David and Rosa Scognamiglio, who both worked as flight attendants. From a young age, he and his older brother Jacopo travelled the world, and were acquainted with several cultures.

As an adolescent, Damiano proved himself to be a promising basketball player, and was the point guard for Eurobasket Roma, a local club. Apparently, his time at the club instilled in him the “discipline to succeed in life”.

After discovering his talent for singing at the age of six, Damiano discovered his future Maneskin bandmates – Victoria De Angelis and Thomas Raggi – while studying at Eugenio Montale. Dropping out of high school to devote himself to music, after receiving his parents’ blessing, the future star insisted on joining the local band as a vocalist, but was initially rejected for being “too pop”.

Developing a new style and changing his stage persona led to Damiano being accepted into Maneskin. Initially, the group busked in the city of Rome before participating in their home country’s version of “X Factor” and finishing second. The band’s breakthrough project was their debut album, Il Ballo Della Vita, and they toured Europe between 2018 and 2019 before releasing their sophomore album Teatro d’Ira: Vol. 1 in 2021.

Damiano was enmeshed in controversy, when falsely accused of using drugs during the final of the 2021 Eurovision Song Contest, despite being an anti-drug advocate. In an earlier Vogue Italia interview, the singer stated that the band was “not falling into the stereotype of the alcoholic and drugged rock star”. Following an investigation and negative drug test, the singer’s reputation was restored.

Over the years, Damiano has been described as “a natural frontman” and praised for his vocal timbre and fashion sense, with fans going so far as to brand him an “Italian fashion icon” thanks to his androgynous style. Aside from being fluent in English, the multi-talented singer also speaks some French and Spanish, thanks to his childhood travels.

In the past, Damiano has been a staunch supporter of racial and LGBT rights. Giorgia was accused of racism and cultural appropriation in January 2022, after eagle-eyed fans dug up the model’s old social media posts, leading some to speculate that her relationship with the artist would suffer as a consequence. Apologizing online, Giorgia said: “I made a huge mistake; I’m ashamed and I want to apologize to those I hurt for my mistakes as a young, ignorant, and privileged person. I’m no longer the person who wrote those things”. Damiano himself has yet to comment on the matter.

Giorgia’s net worth is estimated at $200,000, thanks to her work as a social media influencer and model. As for Damiano, his net worth is over $4 million, thanks in part to his Eurovision victory and subsequent projects.