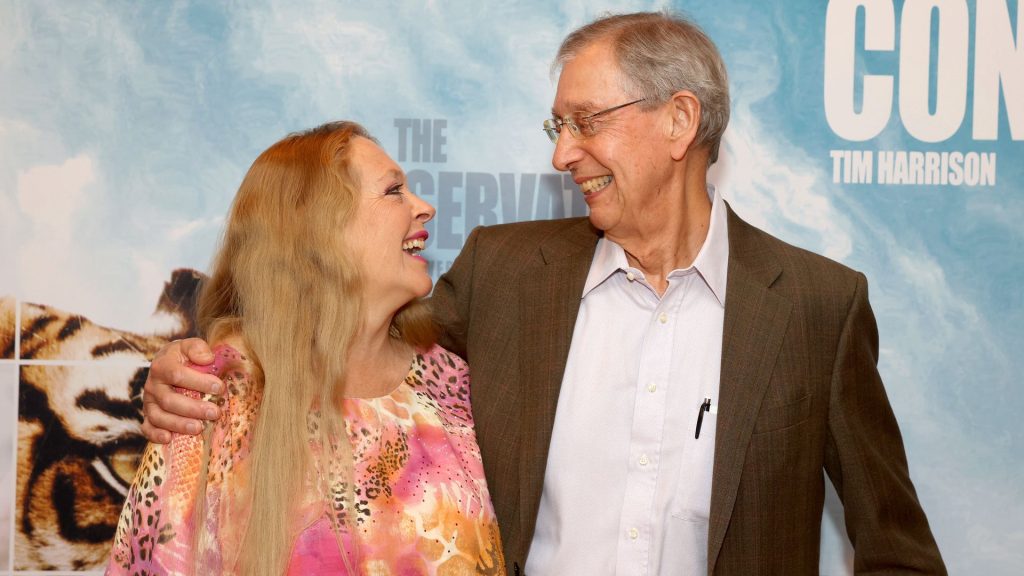 Who is Howard Baskin?

Howard was born in Poughkeepsie, New York State USA on 13 May 1950 – his zodiac sign’s Taurus, and he holds American nationality. He’s a businessman and animal rights activist, while he’s probably known best for being the third husband of Carole Baskin, a controversial animal rights activist and CEO of the non-profit animal sanctuary Big Cat Rescue.

Howard was raised by his wealthy parents in Poughkeepsie, however, not a lot about them is known, as he respects their privacy; it’s believed that his father was the owner of multiple businesses, and that his mother was a housewife.

Howard then attended the University of Miami’s School of Law, and earned his Juris Doctor degree in 1980.

Howard hasn’t shared a lot is specifically known about his career, except that he’s spent most of his time working as a financial advisor for various companies, while he today has his own company. He spent three years working at Tampa Bay Chambers of Commerce as their director, as well as 11 years at Citicorp.

Howard’s today the advisory board chairman at his wife’s Big Cat Rescue as.

Howard Baskin defends his wife, Carole Baskin and explains why the online obsession with her post Tiger King made things 'difficult' for them.

Howard prefers to keep the details of his love life away from the media’s attention, which is also one of the reasons why he isn’t active on any of the popular social media networks; however, it’s still widely known that he’s today married to Carole Baskin.

Her second husband Don Lewis was declared dead by the police in 2002, and it wasn’t long after this that Carole met and began dating Howard; she’s 11 years his junior, and they exchanged vows two years later, in a private ceremony attended by only the closest of their friends and family members. They are today both managing the operations at Carole’s zoo – they don’t have children together.

Howard hasn’t mentioned any other women whom he’s perhaps been with, while it’s known that Carole was 17 when she moved in with her boss at a department store, Michael Murdock; they married on 7 April 1979, and she gave birth to their daughter Jamie Veronica Murdock on 16 July 1980. They got into a fight in 1981, and after running out of their home, Carole met Don Lewis, whom she married in 1991, a year after her and Michael’s divorce was finalized; Don disappeared in August 1997, and was declared dead in 2002; he’s never been found.

As of September 2022, Howard’s married to Carole Baskin, and doesn’t have children.

Howard was once passionate about travelling, and has travelled to numerous countries all around the world, for both work and pleasure, while his dream travel destination’s still Rome, Italy.

He’s a huge lover of animals, and besides helping Carole run Big Cat Rescue, has, also donated money to various animal shelters, as well as to a couple of charity organizations working with underprivileged children.

Howard was physically quite active during his 20s, 30s and 40s, as he had multiple training sessions at the gym every week.

He likes to read books in his spare time, and his favorite author is Agatha Christie, while a couple of his favorite books are “Death on the Nile”, “Crooked House” and “The Pale Horse”.

Howard enjoys watching movies late at night – his favorite actor and actress are Clint Eastwood and Meryl Streep, while some of his favorite films include “The Bridges of Madison County”, “The Good, The Bad and The Ugly”, and “Gran Torino”.

As of September 2022, Howard’s net worth’s been estimated at over $2 million, and his wife Carole’s at more than $1 million.

Who is his wife Carole?

Carole Ann Stairs was born in Bexar County, Texas USA, on 6 June 1961 – her zodiac sign’s Gemini, and she holds American nationality. She gained recognition in 2020, when cast to appear in the biographical crime documentary series “Tiger King”, co-starring Joe Exotic and John Reinke, which follows the rivalry between Carole and Joe Exotic, which ended when Joe was sentenced to spend 22 years behind bars after he had hired a hitman to kill Carole. The series won one of the 21 awards for which it was nominated, including six Primetime Emmy nominations.

Carole was raised in Bexar County an only child, by her deeply religious Christian parents Mary Barbara Jean Norris Stairs and Vernon Charles Stairs. She was nine when she fell in love with saving cats, and although she initially planned to pursue a career in veterinary medicine, Carole gave up on it after having learned that she’d have to euthanize animals as a veterinarian.

She was 14 when she was raped by three men who lived right across the street from her – Carole’s revealed that her parents showed her no emotional support. She quit school when she was 16, and moved in with a roller rink employee. Carole was 17 when she found a job at a department store in Tampa, Florida and started breeding show cats for money.

She and her second husband Don founded the animal sanctuary Wildlife on Easy Street in 1992, which she renamed to Big Cat Rescue after Don went missing in 1997. Don was obsessed with sex, and whenever Carole would be menstruating, he’d fly to Costa Rica where he had real estate holdings; Carole believes that he went there to have affairs. In July 1997, Don filed a restraining order against Carole, claiming that she was planning to kill him, but his request was rejected; it was only a month later that he disappeared, with many people on the internet believing that Don was murdered by Carole.

She competed in the 29th season of the reality dancing competition show “Dancing with the Stars” in 2020, partnered with Pasha Pashkov – they danced to Survivor’s “Eye of the Tiger” and scored 11/30.