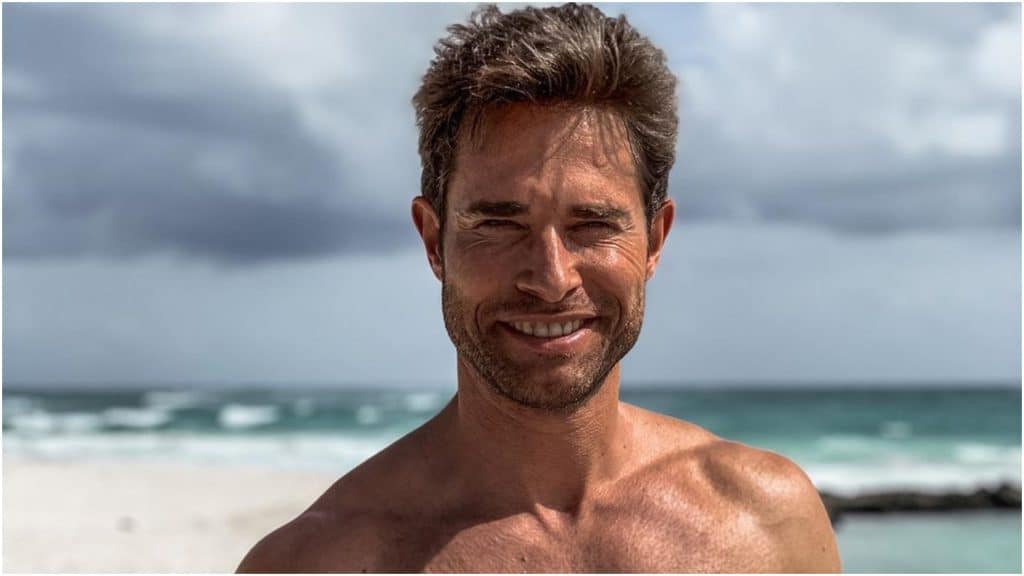 Who is Sebastián Rulli?

Born Sebastián Óscar Rulli under the sign of Cancer on 6 July 1975, in Buenos Aires, Argentina, Sebastián Rulli is a 47-year-old award-winning Hispanic actor, model and composer, now with Mexican nationality. Although he gained a lot of fame through marrying actress Angelique Boyer, Sebastián has also realized a number of significant roles on South American television, and  a generous number of successes over the course of his frequently remunerative career in entertainment since 1995.

Sebastián was raised in his birthplace alongside two younger siblings, by his mother and father of unknown names and professions. He grew up with few particular interests, mostly playing sports with his friends. While attending an unspecified high school in Buenos Aires, he discovered a passion for modeling, which he would work on after matriculating from there in 1993, but at which point he enrolled in a course on Business Administration, finishing it in about a year. In 1995 he began attending the Centro de Educación Artística de Televisa in Mexico, where he honed his acting skills, taking classes until around 1999.

Rulli was 19 years old when in 1994 he decided to visit Europe and see more of the world. He went to Spain first, where his modeling talent was discovered by local agents. As instructed, he initially signed up for multiple jobs, landing lucrative deals right out of the gate with massive fashion companies such as Hugo Boss and Yves Saint Laurent, placing him next to at-the-time famous models, including Claudia Schiffer, Helena Christensen and Carla Bruni. He kept at it for about a year, appearing on catwalks in Germany, France, Italy, Japan and the US.

In 1995 he returned to Argentina to start an acting career, eventually moving to Mexico to find better opportunities. He soon landed the lead role of Ignacio in all 213 episodes of his first of many Mexican soap operas, entitled “Montaña Rusa, Otra Vuelta,” all of which aired in 1996. A year later, he took on the role of Sebastián in 39 episodes of the mystery drama sitcom “Naranja y Media,” as well as Jhonny in three episodes of “Locas por Ellos.” He went on an hiatus for about two years, next appearing as Mauricio in an episode of “Primer Amor… a Mil Por Hora,” and more notably as Willy in 228 episodes of “Verano del ’98” in 2000.

2001 finally saw his film debut, playing Mauricio again in the spin-off film “Primer Amor… Tres Años Después,” while he also portrayed Marco Vinicio Martorel Hernández in four episodes of “Sin Pecado Concebido.” In 2002 showed up as Juan Esteban San Pedro in an episode of “Clase 406,” and another in 2003, while he also played Rogelio Díaz Mercado in five episodes of “Alegrijes y Rebujos.”

2004 was the next important year in Sebastián’s career, which saw him in the role of Héctor Ferrer Garza in 115 episodes of “Rubí” – an at-the-time massively popular Mexican soap. Between 2005 and 2010 he starred in eight more titles, some of which he had a massive presence in, including as Juan Cristóbal Martínez Guerra in 120 episodes of “Mundo de Fieras,” Mauricio Sermeño in 219 episodes of “Un Gancho al Corazón,” and most significantly Santiago Márquez in 113 episodes of “Pasión” – his second most recognized performance.

He spent 2010 and 2011 playing Arturo de la Barrera Azuela in 152 episodes of “Teresa”, but over the next four years he played only two roles: Francisco Guzmán in the super popular “Amores Verdaderos,” and Alejandro Almonte in “Lo Que la Vida me Robó.”

Rulli started 2016 with two titles, playing John Torres in Francis ‘Indio’ Disla Ferreira’s action comedy “Dos Policías en Apuros,” as well as Marcelo in 121 episodes of “Tres Veces Ana.” In 2017 he got his most significant lead role to date, portraying Mauricio López Garza in 96 episodes of “Papá a Toda Madre,” through 2018. From 2019 to 2020 he featured as Miguel Garza in 82 episodes of “El Dragón: Return of a Warrior,” and in 2021 he played Mauro Álvarez in 85 episodes of “Vencer el Pasado.”

His most recent performance is that of Luis Alberto Salvatierra in 60 episodes of “Los Ricos También Lloran” in 2022, making for 27 acting credits overall, many quite lengthy, so although he hasn’t had as many roles as the average Hollywood star, he remains fairly popular in South America, due to all the cult soaps he starred in.

When it comes to Sebastián’s romantic involvements, they’re slightly more complicated than the average fan would assume. His first known relationship was with fellow actress Cecilia Galiano, whom he dated for a few years and married on 31 December 2007. They had a son named Santiago, but split up due to various differences in 2011.

He met Angelique Boyer on a set in Mexico, and promptly began dating her in 2014. Due to both his current and ex-partner being quite popular in Latin America, many aspects of their day-to-day are frequent topics, such as when the two women met in Mexico City. In spite of numerous fans believing otherwise, Sebastián and Angelique have never married, and have no plans to. They have been seen tying the knot in several TV series, which led many to believe otherwise.

Why don’t they marry? They’ve been together for eight years!

Angelique and Sebastián made their plans clear in an interview with mag.elecomercio.pe, stating that they’re both satisfied without walking down the aisle. Rulli said he doesn’t adhere to the societal concepts that one needs to marry to reach the happiest point in their life, while Boyer had more of an environmental concern, saying ‘I think that today we are realizing that there is an overpopulation and that after a while we will not have water, so I do start thinking about those things in the future.’

What is Sebastián Rulli’s net worth?

As of mid-2022, the total sum garnered by Rulli has been estimated by most reputable sources at over $20 million, accumulated by starring in more than a few high profile South American soap opera titles, most notably “Rubí” and “Papá a Toda Madre.”