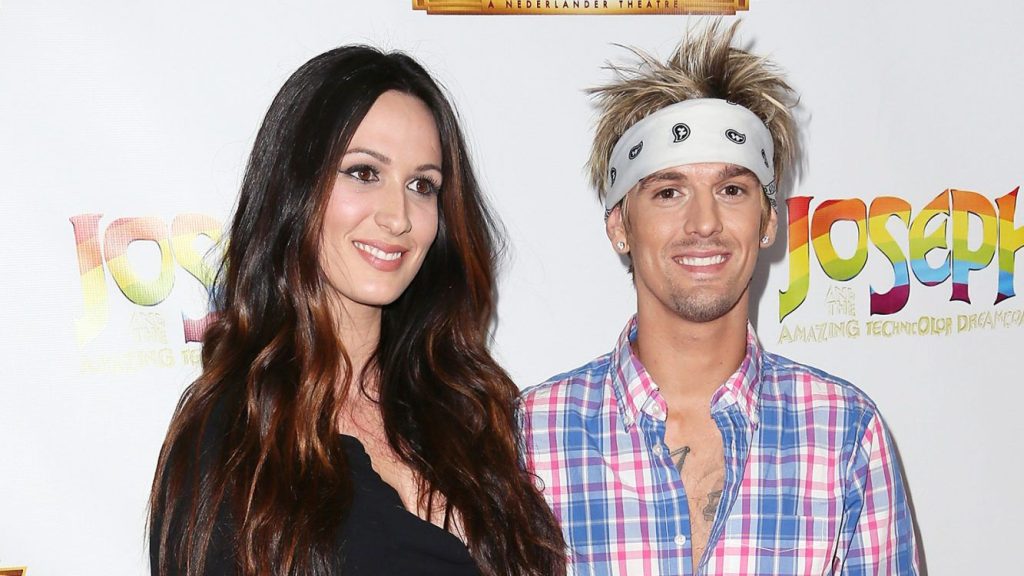 Who is Angel Carter?

Angel Charisma Carter was born in Tampa, Florida USA, on 7 December 1987 – her zodiac sign is Sagittarius, and she holds American nationality. She’s a social media star, model and singer, while she’s perhaps known best for being the twin sister of American rapper and actor Aaron Charles Carter.

Angel was raised in Tampa alongside Aaron, their brother Nick and sisters B. J. and Leslie, by their father Robert Gene Carter who ran a retirement home and passed away in 2017, aged 65, and their mother Jane Elizabeth (nee Spaulding) who worked together with Robert. Leslie died from a drug overdose in 2012.

Angel grew up being interested in a number of activities, as she enjoyed playing sports with her peers, appearing in various school plays, and taking dancing lessons. She was attending a local high school when she became interested in modelling, and chose to pursue it upon matriculating in 2006, deciding not to pursue a college degree.

Angel launched her modelling career straight out of high school, and then went on to create her own YouTube channel, onto which she hasn’t uploaded any videos; she’s not to be mistaken for the rapper of the same name.

She’s also a TV personality, and appeared alongside her family in the 2006 reality show “House of Carters”; it aired only eight episodes before it was cancelled, and followed the everyday lives of Angel and her siblings.

Incredibly proud of my sister @angelcharissma! She just launched her own business. She has amazing ideas and I can’t wait for what’s to come for her! Follow her on Instagram at https://t.co/we31qpQIo8🙂 #sisterlove pic.twitter.com/GqzLy6ex1r

Angel prefers to keep the details of her love life away from the media’s attention, but has still allowed her fans to have a glimpse into it. She exchanged vows with non-celebrity American man Corey Conrad on 8 February 2014, in a small and private ceremony attended by only the closest of their friends and family members; Corey can be seen featured in many of Angel’s Instagram pictures.

The two welcomed their daughter Harper Noelle Conrad on 4 January 2019, and she can also be seen in a couple of Angel and Corey’s Instagram pictures.

Angel hasn’t mentioned any other men whom she’s perhaps been with, and as of August 2022, she’s married to Corey Conrad, and they have a daughter together.

Angel’s a lover of animals, with her favorites being horses and sea turtles; her two pet dogs can be seen featured in many of her Instagram pictures. She’s quite active on the network, and is today followed by close to 30,000 people, while she’s uploaded over 70 pictures and videos. Angel’s made her account private, meaning that one has to become her follower if they want to gain access.

Summer’s Angel’s favorite season, as she enjoys sun tanning at the beach and swimming in the ocean.

She’s into travelling, and her modelling career’s taken her to a couple of US states, as well as to several European countries, while her dream travel destination’s Paris, France.

Angel enjoys watching movies late at night – her favorite actor and actress are Robert Downey Jr. and Amanda Seyfried, while some of her favorite films include “Tropic Thunder”, “Dolittle” and “Dear John”.

Angel’s Christian, and is deeply religious.

Who is her twin brother Aaron?

Aaron was born only a couple of minutes after Angel – his zodiac sign’s thus also Sagittarius, and he holds American nationality.

He became famous at a very early age, was only seven when he began singing, and nine when he released his self-titled debut album. In 2000, aged 12, Aaron released his second album “Aaron’s Party (Come Get It)”, while his third album “Oh Aaron” followed in 2001 all three certified platinum. His fourth album “Another Earthquake!” came out in 2002, then Aaron didn’t release any new albums for the following 16 years.

He studied at Frank D. Miles Elementary School prior to progressing to Ruskin School, from which he matriculated in 2006; Aaron hasn’t attended college.

He competed in the reality show “Dancing with the Stars” during its ninth season in 2009, teamed with American professional ballroom dancer Karina Smirnoff – the two placed fifth. He spent the following seven years focused on touring and singing, and in February 2017, Aaron released his extended play (EP) “LØVË”, while his eponymous studio album followed on 16 February 2018.

He launched his acting career in 2001, with his appearance in the episode “Beach Blanket Bizarro” of the popular family fantasy comedy series “Sabrina the Teenage Witch”, created by Jonathan Schmock and Nell Scovell, and which starred Melissa Joan Hart, Caroline Rhea and Beth Broderick. It follows a 16-year-old girl who’s just realised that she’s a witch; the series aired from 1996 to 2003, and won 11 of the 39 awards for which it was nominated.

He played Marty in the popular 2006 romantic comedy movie “I Want Someone to Eat Cheese With”, written and directed by Jeff Garlin, who also starred in it alongside Sarah Silverman and Bonnie Hunt; it follows a man who deals with his problems by eating food. Aaron’s since had only a couple of roles, most recently in the 2007 comedy series “Grand Strand”, the 2014 horror comedy movie “College Fright Night”, and the 2016 mini-series “Clevver Now”.

Aaron’s had some problems with the authorities, as he was arrested for speeding in Kimble County, Texas on 21 February 2008, while the police also found close to 60 grams of marijuana in his car. He was arrested once again on 15 July 2017, on suspicion of driving while intoxicated. Aaron was granted a restraining order against his former girlfriend Lina Valentina on 12 August 2019, after she threatened to stab him, and his girlfriend Melanie Martin was arrested on 29 March 2020, after she had physically assaulted him.

Aaron revealed on his Twitter account on 5 August 2017 that he’s bisexual, but that he hasn’t dated men; amongst the celebrities whom he has dated are famous American actress and singer Lindsay Dee Lohan, and American singer, author and actress Hilary Erhard Duff.