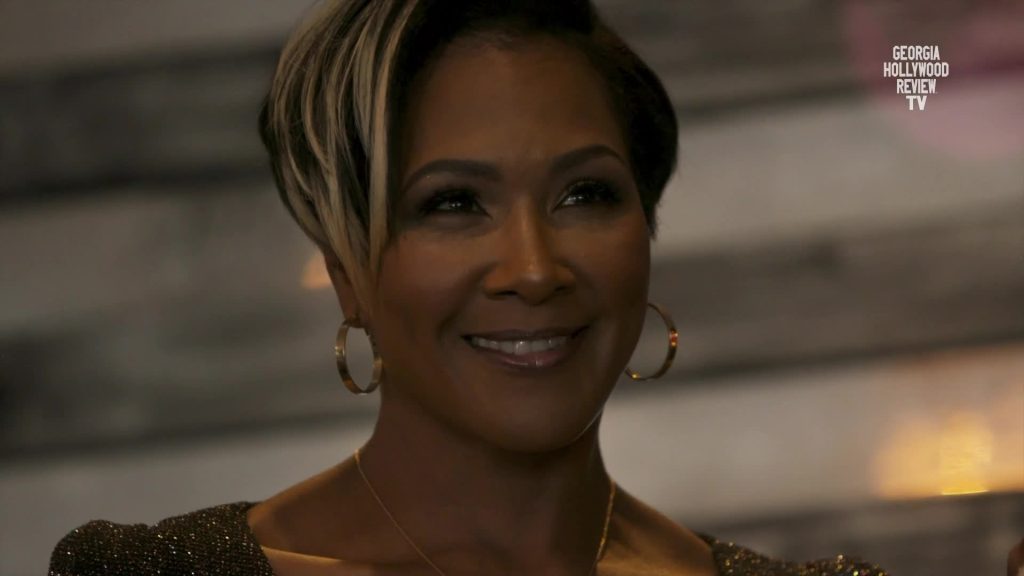 Who is Terri J. Vaughn?

Terri Juanita Vaughn was born in San Francisco, California USA, on 16 October 1969 – her zodiac sign’s Libra, and she holds American nationality. She’s an actress, film producer and director, with more than 70 acting credits to her name, while she’s perhaps still known best for her portrayal of Lovita Alizay Jenkins Robinson in the popular comedy series “The Steve Harvey Show”, created by Winifred Harvey, and which starred Steve Harvey, Merlin Santana and Cedric the Entertainer. It follows former funk star Steve Hightower who’s begun teaching music at a high school, the series aired from 1996 to 2002 and won 14 of the 31 awards for which it was nominated.

Terri was raised in San Francisco alongside her sister Tracy L. Ward, by their mother Helen Vaughn and father whose name hasn’t been disclosed; Terri prefers to keep her parents away from media, while it’s believed that her father was a real estate agent, and her mother a housewife.

It was while attending a local high school in San Francisco that Terri became interested in acting, playing lead and supporting characters in both school and local theatre plays. She also played several sports during her teenage years, as well as danced and took piano lessons.

Terri matriculated in 1987, and even though she hasn’t spoken of her further education, it’s believed that she attended a university in California, and that she graduated in 1991.

Terri made her debut TV series appearance in the 1993 episode “Great Expectations” of the comedy “Living Single”, and the following years saw her appear in an episode or two of a couple of series, including the family comedy “The Sinbad Show”, the comedy “Married… with Children”, and the adventure comedy drama “Family Matters”.

In 2002 and 2003, she played Eva Holly in the popular drama “Soul Food”, which starred Rockmond Dunbar, Darrin Dewitt Henson and Aaron Meeks, and follows the lives of members of the black Chicago family the Josephs; the series aired from 2000 to 2004 and won seven of the 39 awards for which it was nominated, including a Primetime Emmy nomination for Outstanding Main Title Theme Music.

What also marked the 2000s for Terri was her portrayal of Jonelle Abrahams Black in the comedy “All of Us”, created by Betsy Borns and Will Smith, and which starred Duane Martin, LisaRaye McCoy and Khamani Griffin. It follows a TV reporter whose estranged wife’s returned to live with him, the series aired from 2003 to 2007, and was nominated for 12 awards.

Her most recent role has been her portrayal of Anastasia in the romantic drama “Cherish the Day”, created by Ava DuVernay, and which stars Alano Miller, Xosha Roquemore and Michael Beach. It follows a single day in the life of a couple, the series has been airing since 2020, and has won one of the three awards for which it’s been nominated.

Terri made her debut film appearance in the 1993 musical family comedy “Sister Act 2: Back in the Habit”, directed by Bill Duke, and which starred Whoopi Goldberg, Kathy Najimy and Maggie Smith. It follows showgirl Deloris Van Cartier who’s begun teaching music to Catholic students masquerading as Sister Mary Clarence, and the film won one of the four awards for which it was nominated.

The ‘90s saw Terri appear in a couple of other popular movies, such as the 1995 comedy drama “Friday”, the 1996 crime comedy “Don’t Be a Menace to South Central While Drinking Your Juice in the Hood”, and the 1997 adventure crime comedy “8 Heads in a Duffel Bag”.

The year 2006 saw her portray Susie Mack in the popular sports comedy drama “Stick It”, written and directed by Jessica Bendinger, and which starred Missy Peregrym, Jeff Bridges and Vanessa Lengies. It tells the story of Haley Graham, who’s just returned to training with an elite gymnastics team.

Terri could’ve then been seen playing Sheila in the 2012 comedy “Sugar Mommas”, Nina in the 2013 romantic drama “In the Meantime”, and Ruth in the 2015 drama “Soul Ties”.

One of her most recent roles has been her portrayal of one of the lead characters Mrs Sterling in the drama “The Millennial”, written and directed by Khalil Kain, who also starred in it alongside Terri and Oba Babatunde. It follows a young African-American millennial, who’s just graduated with a Master’s degree, and is trying to find work.

Terri’s been featured in a couple of documentaries, such as the 2012 short film “Be Inspired: The Life of Heavy D”, and the 2016 series “Being” and “Unsung Hollywood”.

She has 19 producing and 14 directing credits, while some of her most notable producing work has been on the 2019 comedy movie “Hip Hop Holiday”, the 2019 romantic film “The Baby Proposal”, and the 2020 drama movie “Open”. A couple of movies she’s directed include in 2019 the family drama “Twas the Chaos before Christmas” and the comedy “Dear Santa, I Need a Date, followed in 2022 by the family comedy drama “Unthinkably Good Things”.

Terri’s been invited to appear in a couple of talk-shows, including “Steve”, “Sister Circle Live” and “Pootie Spice Hustle with Chef Nedra”.

Terri won three Image Awards for Outstanding Supporting Actress in a Comedy Series in 2001, ‘02 and ‘03, all for her performance in “The Steve Harvey Show”; she was also nominated for the same award in 2000 and 2004.

In 2005, Terri was nominated for a BET Comedy Award for Outstanding Supporting Actress in a Comedy Series for “All of Us”, and she and her colleagues were nominated for a 2022 Ambie Award for Best Performer in Audio Fiction, for “We Stay Looking”.

Terri’s more or less secretive when it comes to sharing the details of her love life with her fans, but it’s still widely known that she’s married twice. She married her first husband Derrick A. Carolina on 1 January 1999, in a private ceremony attended by only a couple of their closest friends and family members; Derrick’s a music composer, perhaps known best for having composed the music for the 2005 short movie “Exposure”. Terri gave birth to their son Daylen Ali Carolina in October 2021, but she and Derrick divorced in 2005.

She exchanged vows with her second husband, Karon Riley on 19 January 2008; Karon’s an actor, film producer and director, with more than 60 acting credits to his name, probably known best for his portrayal of the supporting character Roderick in the 2019 drama movie “Ambitions”. Terri gave birth to their son Kal’El Joseph Riley on 21 April 2008, and their daughter Lola Riley followed in 2014.

Terri hasn’t mentioned other men whom she’s perhaps been with, and as of September 2022, she’s married to her second husband Karon Riley and has two children with him, while she also has a son with her first husband Derrick A. Carolina.

Terri’s Instagram account’s today followed by more than a million people, making her a social media star; she’s uploaded over 3,000 pictures and videos onto the network, the majority of which serve to promote the movies and TV series in which she’s appearing.

Terri’s acting career’s taken her all around the US, while the popular actress has also been to several European and African countries; her dream travel destination’s Marseille, France.

She’s an avid tennis player, while she also has several training sessions at the gym every week, as it’s important for her career to stay in shape.

Terri has her own favorite actor and actress, George Clooney and Cate Blanchett, while some of her favorite movies are the trilogy “The Lord of the Rings”, “Carol” and “The Curious Case of Benjamin Button”.

Her net worth’s been estimated at over $2 million as of September 2022.