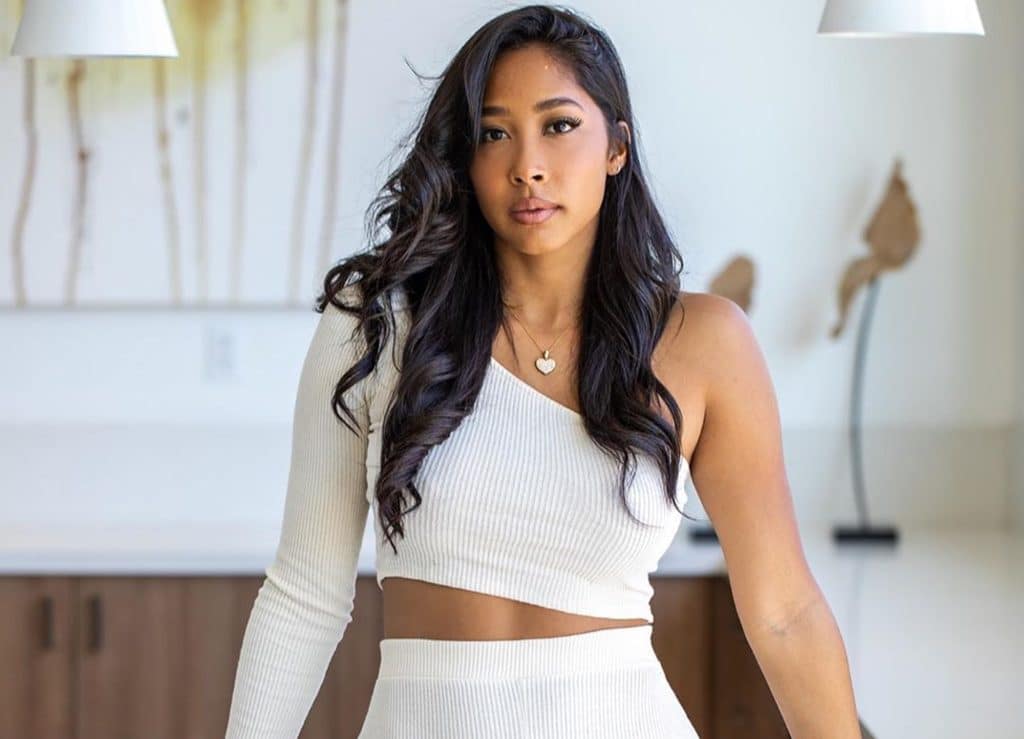 Who is Apryl Jones?

Apryl is an American reality TV star, social media star, singer, and model, but she is best known for her high-profile relationships with several celebrities, including rapper Omarion and actor Taye Diggs.

Apryl Jones was born on 15 December 1986 in Chicago, Illinois, USA. Of Taiwanese, Chinese, Mongolian and African ancestry, Apryl grew up in her hometown; she hasn’t shared whether she has any siblings or not, and while her mother’s name is Mei Hsian Jones, her father’s name is omitted from the media, but is believed to be a businessman.

After finishing high school, Apryl obtained a Bachelor’s degree in Radiation Science but hasn’t disclosed which university she attended.

After graduating, Apryl worked at the Northwestern Memorial Hospital in Chicago for some time, before moving to Los Angeles in pursuit of a career in music.

Once in Los Angeles, the young star signed up for several music competition shows, including “American Idol”, “Search for the Next Doll”, and “Making the Band”, but she had little to no success in her efforts.

However, she eventually found engagement as a back-up singer for the hip-hop artist Omarion. She was introduced to the hip-hop star by his personal trainer, and the two started a business relationship, which would turn into a personal one as well.

She used her newfound glory to launch her career in reality TV, and was the main star of the reality show “Love & Hip Hop: Hollywood” until 2019.

Former #LHHH stars Omarion and Apryl Jones had their baby shower over the weekend https://t.co/YG08lxFYxw pic.twitter.com/QztFVDa0a1

The same year, she released several hit singles, including “Let Me Love”, “Three’s Company”, and “Shoulda Known Betta”, among others.

To speak further of her accomplishments, Apryl has become an acclaimed actress. She made her acting debut as Nikki in the award-winning comedy series “I Got the Hook Up 2” in 2019, and the following year she was Sharice in the TV series “Casting the Net”.

Most recently, she starred in the critically acclaimed comedy film “You Married Dat”, co-starring Juhah Jones and Audra Kinkead, and is working on the upcoming action crime film “Goon Squad aka Squad”, which is now in post-production.

Apryl is also a businesswoman, as she’s launched Apryl Wines, her own wine brand.

As of late 2022, Apryl Jones’s net worth is estimated at $1 million, earned largely through her career as a singer and actress.

The two hit it off in 2013, and in 2014 became stars in the popular reality TV show “Love & Hip Hop: Hollywood”. They quickly became fan favorites, and their relationship steadily marched on – the couple welcomed a son, Megaa Omari Grandberry in 2014; their daughter, A’mei Kazuko Grandberry, was born on 7 March 2016.

However, nobody assumed what would happen next. First, the two exited “Love & Hip Hop”, to which fans reacted without suspicion, believing that Omarion wanted to focus more on his career. However, the news of their break-up spread virally, and no one could believe such a thing had happened.

Both confirmed their break-up shortly afterwards, claiming cheating allegations behind their decision to take their separate ways. Despite it, they remain on good terms for the sake of their two children.

Two years after her split from Omarion, Apryl started a romance with Omarion’s bandmate Lil’ Fizz, but the romance ended in 2020. Before meeting Taye Diggs, she was rumored to have dated Dr. Dre and Wiz Khalifa, among other celebrities.

Apryl and Taye began dating in late 2021 and made their first red carpet-appearance together in February 2022.

According to reports, the couple is going strongly, but hasn’t revealed their plans. They can be seen goofing around in their Instagram videos and pictures, as they often share this content on social media accounts.

Born Scott Leo Diggs on 2 January 1971 in Newark, New Jersey, USA, he’s the son of Andre Young, a visual artist, and Marcia Berry. His mother married a man named Jeffries Diggs, and Taye took his surname. He got the nickname Taye in his youth as a funny pronunciation of his name as ‘Scottay’.

One of five children, Taye went to Allendale Columbia School, transferred to the School of the Arts, then after matriculating he enrolled at Syracuse University College of Visual and Performing Arts, from which he obtained a BFA in musical theater.

He began his acting career in the early ‘90s, first in theaters and later on screen. He made his Broadway debut in 1994 as a member of the “Carousel” ensemble that went on to win the Tony Award.

Taye made his on-screen debut in 1996 with the role of Stephon in the TV series “New York Undercover”. Since then, he’s made more than 65 film and TV appearances; his first major role was as Harper Stewart in the film “The Best Man” (1999), and the same year he starred in the film “House on Haunted Hill”. In the early 2000s, he starred in the films “Chicago” and “Equilibrium”, while from 2004 to 2005 he portrayed the titular character in the TV romantic drama series “Kevin Hill”.

In 2007 he was chosen for the role of Dr. Sam Bennett in the TV medical drama series “Private Practice”, co-starring alongside Kate Walsh, Paul Adelstein and KaDee Strickland until the series ended in 2013.

To speak further of his accomplishments, he was Terry English in the TV series “Murder in the First”, and portrayed Angelo Dubois in the TV series “Empire” (2016-2017). In 2018, he was announced as one of the stars of the sports drama series “All American” and since then has starred in 71 episodes of the award-winning series, while concurrently starred in Isaac Walsh’s horror-thriller film “Incarnation”, co-starring Jessica Uberuaga and Michael Madsen in early 2022.

He was married to actress Idina Menzel from 2003 to 2013, with whom he has a son, Nathaniel, born in 2009. There’s no other information about any romantic assignations prior to his hooking-up with Apryl.

According to sources, Taye Diggs’s net worth is estimated at $7 million, as of late 2022.