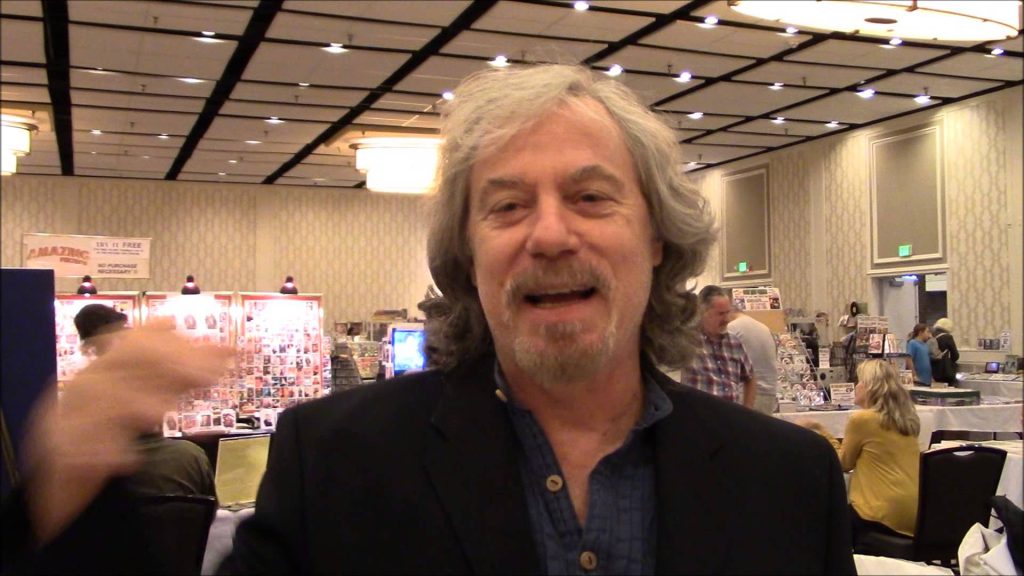 Who is Stanley Livingston?

American actor, writer, producer, director and editor Stanley Bernard Livingston, was born in Los Angeles, California USA, on 24 November 1950 under the zodiac sign of Sagittarius. He’s appeared in 23 movies and TV series, and is perhaps still best known for his portrayal of the main character Chip Douglas in the family comedy series “My Three Sons”, which also starred Fred MacMurray and Don Grady. It follows a widower who’s raising his three sons together with his father-in-law; the series aired from 1960 to 1972, and won one of its 13 award nominations.

Stanley and his younger brother Barry were raised in Los Angeles by their father Hilliard and mother Lillian Rochelle Livingston; Barry was born on 17 December 1953 and has also become a successful actor, perhaps also best known for his performance in the series “My Three Sons”, in which he portrayed Stanley’s adopted brother.

Stanley was somewhat thrown into the film industry, as he was only two years old when he made his debut TV series appearance in the 1953 episode “Dead End” of the family drama “This Is the Life”. His following role came when he was seven, as he portrayed Little Boy in the 1958 biographical noir crime movie “The Bonnie Parker Story”, directed by William Whitney, and which starred Dorothy Provine, Jack Hogan and Richard Bakalyan. It follows the life of criminal Bonnie Parker.

Stanley then went on to act throughout his entire schooling; he matriculated from high school in 1969 and then continued pursuing acting, rather than a college degree.

In 1958, Stanley was cast to play Peter Bannerman in the popular comedy “Rally ‘Round the Flag, Boys!”, written and directed by Leo McCarey, and which starred Paul Newman, Joanne Woodward and Joan Collins. It follows the people living in Putnam’s Landing, where the US Army has now built a missile base – the movie was nominated for four awards.

The year 1960 saw Stanley portray Gabriel Mackay in the romantic family comedy “Please Don’t Eat the Daisies”, which was nominated for five awards, and the following year saw him play Mike Brandon in the historical drama “X-15”.

He was Prescott Rawlings in the 1962 western “How the West Was Won”, directed by John Ford and Henry Hathaway, and which starred John Wayne, James Stewart and Gregory Peck. Set in the 19th century, the film follows the building of railroads, the Civil War and the Gold Rush, and won 13 of its 18 award nominations, including three Oscar wins for Best Film Editing, Best Sound and Best Writing, Story and Screenplay – Written Directly for the Screen.

Stanley spent the following 15 years focused on appearing in TV series, and his next movie role came in 1979, when cast to play Russ in the action comedy “Smokey and the Hotwire Gang”. He then took a 16-year break from acting, and returned in 1995 to appear in three movies: the comedy “Bikini Drive-in”, the 1995 action adventure comedy “Attack of the 60 Foot Centerfolds” and the thriller comedy “Stripteaser”.

Stanley then retired from acting, but returned in 2012 to appear in the short drama “In the Picture”.

The year 1959 saw Stanley appear in the episode “The Large Charge” of the comedy “Peck’s Bad Girl”, and the following year saw him appear in an episode of the comedy talk-show “The George Gobel Show”.

Between 1958 and 1963, Stanley starred in the popular family comedy drama “The Adventures of Ozzie and Harriet”, which also starred Ozzie Nelson, Harriet Nelson and David Nelson, and follows the title characters as they’re raising their sons David and Ricky – the series was nominated for seven awards.

Stanley appeared in a 1963 episode of the drama “Day in Court”, then remained focused on shooting for “My Three Sons” in the following 10 years; in 1971, he played Charlie in the episode “The Badge or the Cross” of the drama “Sarge”.

In 1972, he voiced the lead character Happius in the animated family drama “The Roman Holidays”, which also starred Dave Willock and Daws Butler, and follows the people living in Rome in the year 63.

Stanley then played Jackie O’Farrell in the 1973 episode “A Hairy Escape” of the family comedy drama “Room 222”, and David Elrod in the 1974 episode “Lucas Tanner” of the eponymous sports drama. Also in 1974, Stanley voiced various characters in the animated family mystery “Devlin”, starring alongside Micky Dolenz and Norman Alden; the series follows the lives of three circus performers.

Stanley’s since appeared in only a single TV series: he played The Drifter in the eponymous 2022 episode of the science fiction mini-series “Antiquities – A Star Wars: Galactic Starcruiser Story”.

Stanley has four writing, five producing, three directing and three editing credits. He wrote the 1982 horror science fiction thriller movie “The Aftermath”, and then wrote and produced the 1987 musical series “LA Rocks”. Stanley directed the 2000 family series “Cory the Clown”, and in 2005 produced and edited the comedy movie “Checkers”; he’s also known for writing, producing, directing and editing the 2011 documentary videos “The Actor’s Journey for Kids” and “The Actor’s Journey”.

He’s featured in a number of documentaries, including the 2010 series “Broadway Blogspot”, the 2012 short film “The Last Days of Cinerama” and the 2022 movie “Stu’s Show”.

Stanley’s made a guest appearance in the talk-shows “The Early Show”, “Then Again with Herbie J Pilato” and “World of Walley”, amongst others.

Stanley’s married twice. He wed his first wife, the late American actress and go-go dancer Sandra Livingston in a large ceremony on 28 November 1968, attended by many of their family members and friends. Sandra gave birth to their daughter Samantha not long after the wedding, but she and Stanley divorced in April 1974; Sandra married American non-celebrity John Joseph Sable in 1980, and they remained together until her death on 24 July 2021.

Stanley married his second wife, American actress Paula Drake on 19 December 2015; she’s appeared in 14 movies and TV series, and is probably best known for her playing of Angry Protester in the 2017 drama “Escape Artist”.

Stanley’s married to his second wife Paula Drake as of October 2022, and has a daughter with his first wife Sandra Livingston (deceased).

Stanley was only 18 when he married his first wife Sandra, while she was 21.

He’s the only surviving original cast member of the critically acclaimed series “My Three Sons”, as the famous American actor Tim Considine, who also starred in it, died on 3 March 2022.

Stanley was a huge fan of the late American actor and film producer Fred MacMurray, who was at one point his acting mentor.

He’s joked about putting the name ‘Chip Douglas’ on his tombstone; it was the name of the character he portrayed in “My Three Sons”.

Stanley’s favorite actors are Clint Eastwood and Anthony Hopkins, and some of his favorite movies include “Dirty Harry”, “American Sniper”, and “Escape from Alcatraz”.

Stanley’s net worth’s been estimated at over $9 million, as of October 2022.