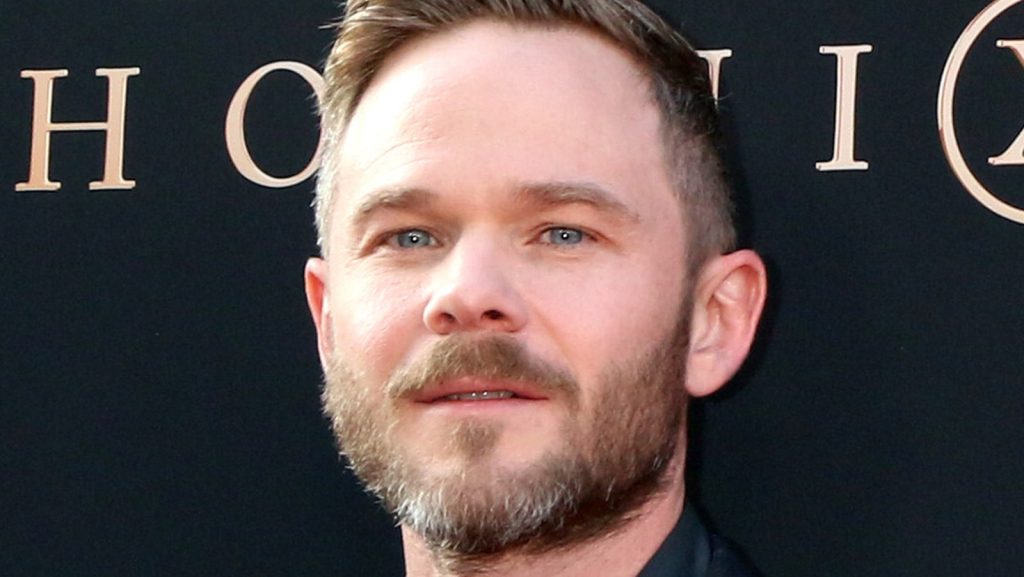 Shawn Ashmore is a Canadian actor, perhaps known best for the role of Iceman in multiple “X-Men” movies. He resides in Los Angeles, apparently maintaining a perfect balance between his career and personal life.

Shawn Robert Ashmore was born on 7 October 1979, in Richmond, British Columbia Canada. His father, Rick Ashmore was a manufacturing engineer who died of cancer on 6 April 2021. His mother is Linda Ashmore – a homemaker who became part of the Multiple Births Association in Alberta, Canada, when the actor was seven years old.

Shawn has an identical twin brother, Aaron Richard Ashmore who is also an actor, known best for playing the roles of Jimmy Olsen in “Smallville” and Steve Jinks in “Warehouse 13”. He is married to Zoë Kate, and has two children.

Shawn was raised in St. Albert, Alberta and Brampton, Ontario. He began at Earnscliffe Senior Public School, but matriculated from Turner Fenton Secondary School in 1997. As he told The Daily Telegraph, after matriculating he immediately set out to Australia with his brother Aaron and best friend Chris from high school. He grew up hearing the stories of his parents’ experiences while living in Australia, which is why he always wanted to visit the country. Shawn hasn’t received higher education.

Shawn debuted on television in 1989 when he was ten years old, appearing in an episode of the series “Katts and Dog”. In 1991, he landed a minor role as a student in the pageant in the movie “Married to It”, then in 1992 he returned to television, with the role of Charlie in an episode of “The Ray Bradbury Theater”. The following year, he portrayed young Brian Spencer in the film “Gross Misconduct: The Life of Brian Spencer”.

In 1998 and ‘99, Shawn played the role of Jake Berenson in the TV series “Animorphs” which is based on the book series with the same name by K.A. Applegate, and tells the story of five teenagers who acquire superpowers after encountering an alien on a construction site. The main characters (including Jake) take turns narrating the story.

In 2000, Shawn landed a breakthrough role when he was chosen to portray a mutant student at the School for Gifted Youngsters – Bobby Drake/Iceman in the original movie “X-Men”. From 2000 through 2001, he played the role of Tyler Connell in the TV series “In a Heartbeat”, portraying a football player who is also a part-time Emergency Medical Technician (EMT). A year later, he enacted Brad Rigby in the Disney Channel original movie “Cadet Kelly”, attending military school for three months and taking voice lessons for an accurate representation of a cadet major.

In 2003, the actor had a bigger part in the sequel of “X-Men” entitled “X2: X-Men United”, gaining wider recognition; he had to train hard physically for six months, follow a strict diet, and avoid alcohol consumption for the role. Shawn portrayed Terry Fox in the TV film “Terry” in 2005, telling the story of the Canadian athlete who lost a leg, then ran a Marathon of Hope to raise money for cancer research.

Ashmore reappeared as Iceman in the third installment of the “X-Men” film series entitled “X-Men: The Last Stand” in 2006. In 2008, the actor starred in the movies “Solstice” and “The Ruins”, then in 2010, he portrayed Joe Lynch in the American horror film “Frozen” which was written and directed by Adam Green. Between 2013 and 2015, Shawn played the role of FBI agent Mike Weston, in the TV series “The Following”. Concurrently, in 2014, the Iceman returned to the screens in “X-Men: Days of Future Past”.

In 2016, Ashmore landed another main role, when he was chosen to portray Assistant District Attorney Sam Spencer, in the TV series “Conviction”. In 2018, he starred in the movie “Acts of Violence” alongside Bruce Willis, Cole Hauser, and Ashton Holmes, and concurrently was cast for the role of Wesley Evers in the television show “The Rookie”, joining the recurring cast in the first and second seasons, and becoming the main character in the third season.

Shawn’s most recent appearances include the TV series “The Boys”, and the  movie “Aftermath”, both in 2021.

As a talented actor, Shawn Ashmore has received notable awards and nominations. He won New York International Independent Film and Video Festival Award for Best Actor in 2002 for the short movie “Past Present”. In 2003, he was chosen for MTV Movie Award for Best Breakthrough Performance for his appearance in “X2: X-Men United”, and for the same movie, he was nominated for MTV Movie Award, Saturn Award, and Teen Choice Award.

Shawn won Leo Award for Best Lead Performance by a Male in a Feature Length Drama for his portrayal of Ged in the 2004 miniseries “Earthsea”. A year later, he was nominated for Gemini Award for his role in “Terry”.

Shawn Ashmore Talks Aftermath, The Future & X-Men’s PastFor the record, anyone who has seen Shawn Ashmore in action…

Shawn is married to Dana Renne Wasdin, whom he met in 2010 on the set of “Frozen”; they started dating shortly afterwards, and in October 2011, Shawn proposed to Dana in their living room out of the blue, surprising his partner. They married in July 2012 and have been together ever since. They express their love openly on Instagram, supporting each other’s careers and endeavors.

Dana is a producer from a small town in Georgia, USA. She has a bachelor’s degree in Business, but decided to pursue a career in film production instead. She started as a production assistant for the movie “Diary of a Mad Black Woman”, later promoted to second Assistant Director. Eventually, she became a producer, and worked on the TV show “Mob City” with Frank Darabont. Currently, she is the Senior Vice President at Darkwoods Productions.

Dana founded Gratitude Collaborative in 2014, which is a small business selling high-end gift sets and products made by local entrepreneurs. They donate a specific percentage from the sale of each product to charities that help people in need.

Dana and Shawn have a son together named Oliver, who was born in July 2017.

Shawn has a lighter complexion with blonde hair and beard, and blue eyes. His height is 5ft 11ins (180cm), while his weight is approximately 170lbs (77kgs). He wears casual clothes daily, and sports suits and classic trousers at red carpet events. According to one of his quotes, he isn’t wowed by designer clothes, and relies on other people’s fashion recommendations. He thinks that style reflects ‘your attitude and your personality’. Shawn seems to love Savalé Footwear designed by Alphonzo Rawls.

As of mid-2022, Shawn Ashmore’s net worth is estimated at close to $3 million; his primary source of income is his acting career, however, he runs his own brand as well. In 2021, he launched Peace, Neighbor which is a small business selling hats with distinctive symbols. Since this business is relatively new, it’s unknown how much he earns from it, so information about his annual income hasn’t been disclosed. Shawn promotes various brands on his Instagram account, but it’s unclear whether he gets sponsored or not.